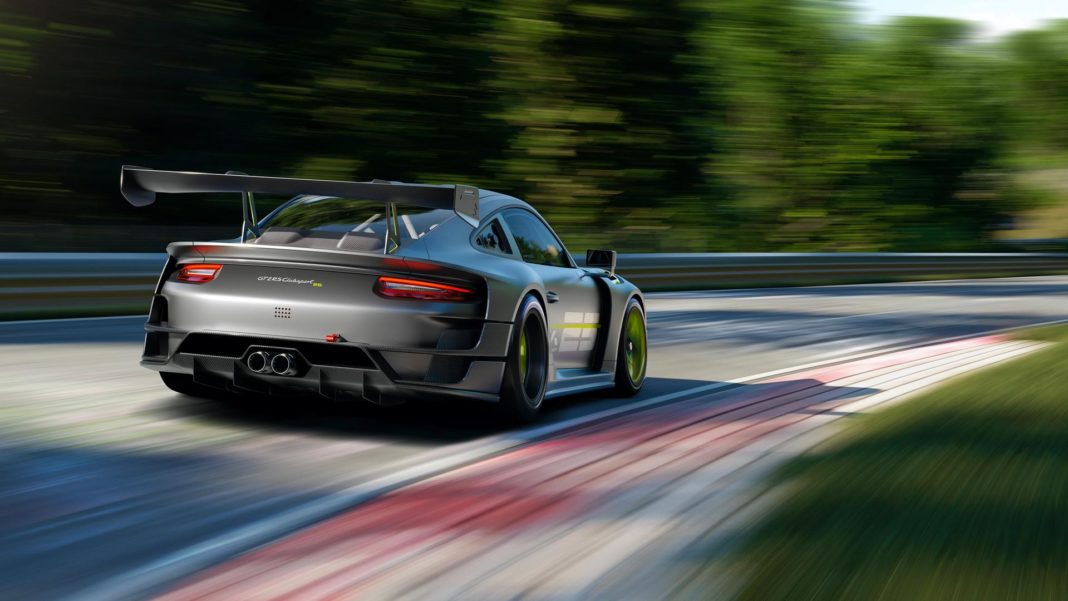 Manthey Racing is celebrating their 25th anniversary, and being Porsche’s strongest partner in Motorsport they get to claim an exciting birthday present. The new Porsche 911 GT2 RS Clubsport 25 is a limited production model based on the 991 GT2 RS Clubsport, only this time many parts have been borrowed from the 2019 Porsche 935 – also a track only car.

Only 30 GT2 RS Clubsport 25 will be made to celebrate Manthey Racing’s 25th anniversary, each going for 525,000 Euros in Europe and $620,000 in the US. The US market will only receive 6 units while the remainder will be distributed around the world.

The car has been jointly developed by Porsche and Manthey Racing for track use only. Like the 935, it uses a 3.8L Flat 6 twin-turbo engine producing 700hp and mated exclusively to a PDK gearbox. Manthey has mastered the GT2 RS platform, their GT2 RS MR currently holds the Nurburgring track record with a time of 6:38.835 minutes, beating the AMG GT Black Series that did a time of 6:43.616 minutes.

The inspiration for the GT2 RS Clubsport 25 came from “Grello”. Grello is the nickname given to Manthey’s own GT3 R which features a striking green and yellow theme. Like Grello, the new GT2 RS Clubsport 25 gets a centrally-positioned radiator to maintain optimal temperatures over a wide speed range.

The front apron was completely redesigned to resemble that of the GT3 R, with a central intake to maintain proper airflow. A centrally-positioned NACA duct ensures that the cockpit is never short of fresh air.

The suspension is a copy-paste from the 2018 935, 18-inch rims with central locking and matching offsets, this makes it wider than the GT2 RS Clubsport. Side plates and swan-neck support brackets are part of the newly redesigned rear wing while the headlights from the Le Mans winning 911 RSR have been enhanced to illuminate better using the four-stripe design.