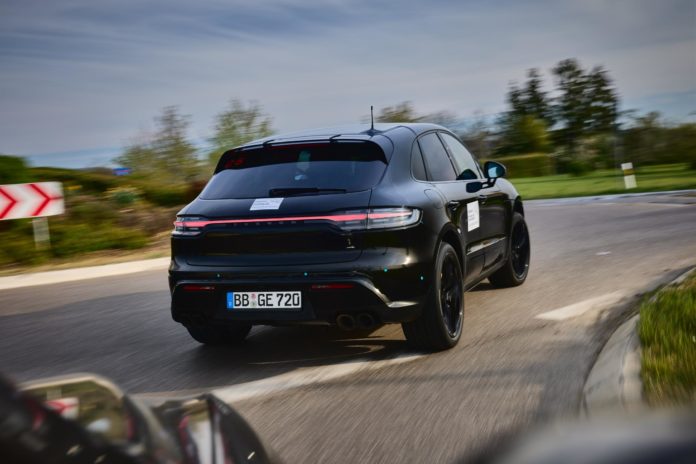 How far can you stretch a nameplate? There are virtually no limits since Ford has decided to name a portly electric SUV the Mustang Mach-E – while simultaneously selling the real thing. Now Porsche is taking the same approach with its Macan: Going forward, there will be an electric Macan – and a conventionally powered Macan.

It’s no surprise that Porsche is taking this dual approach: The Macan is the best-selling Porsche of all, thanks not least to its popularity on the Chinese market.

It is still unclear how quickly electric mobility will take off – or whether alternatives will prevail, such as hydrogen-powered cars or even conventionally powered cars that are more efficient than today and presumably powered by carbon-neutral synthetic fuels.

China, in particular, has taken a decidedly cautious approach on E-mobility, and Porsche understandably doesn’t want to take undue risks with its crossover cash cow. And therefore there will henceforth be two entirely different Macan models.

“When it launches in the 2023 calendar year, the Macan Electric will be the first Porsche off the PPE platform,” says Porsche spokesman Ben Weinberger. That platform is currently being co-developed with Audi, and the Macan Electric is a close sibling of the upcoming Audi Q6 crossover SUV and the next-gen Audi A6, which was previewed with a concept car at the Shanghai motor show this spring.

In off-the-record conversations, we are told that the Macan Electric will come in several power levels, and it is important to Porsche that its range significantly tops the Taycan’s. It will likely come to the US as a 2024 model.

But before that, the brand will launch the next generation of the conventionally powered Macan; we had a close look at a slightly camouflaged protoype. If it doesn’t look a lot different from the current model, that’s because it isn’t. To be launched later this year, it is the second big facelift of a model that initially launched in 2014 as a close relative of the Audi Q5.

What we can expect is a bolder, wider front fascia, and a new rear bumper with a black diffuser. That’s pretty much it, as far as the still-fresh looking exterior is concerned. “A good proportion never gets old,” says Weinberger. The Macan was styled by Mitja Borkert, who is now chief designer at Lamborghini.

Inside, the changes are more significant: There will be a new center console with a large glass area with touch-screen functionality. The number of buttons is sharply reduced, and the infotainment system boasts a 10.9-inch touch screen. There are new materials, the gear selector is shortened, and there is now a standard analog clock. Steering wheels are shared with the 911 – for the first time.

In the new Macan, Porsche will offer three power levels, down from four: The standard 2.0-liter four will now make 265 horsepower and serve up 400 Nm of torque, both significantly more than before.

One level up is the Macan S, powered by a 2.9-liter V-6 that will make 380 horsepower and 520 Nm of torque; that’s exactly the engine that was fitted in the pre-facelift Macan GTS. The ultra-aggressive application is unchanged from the former GTS, and thus Macan S customers get a car that’s a lot more interesting to drive than before.

The GTS itself rises to a whopping 440 horsepower and 550 Nm, exactly on the level of the former Macan Turbo. But the application has been sharpened in order to achieve the more boisterous temperament associated with the GTS nameplate.

The top-level Turbo version is gone; Porsche is not looking to go beyond the 434-horsepower power level, for several reasons: They want to give the uplevel versions of the Cayenne room to breathe, and both the 2.9-liter V-6 and the 7-speed PDK dual-clutch gearbox are close to their limits with the former Turbo and the upcoming GTS power level.

The future GTS top model will be lowered and include the PASM system; the dampers are new, the air suspension is stiffer. And an optional GTS Sport package will be fitted with Porsche Torque Vectoring Plus (PTV Plus), the Sport Chrono package and sports seats.

Our impressions of the new Macan, which will be unveiled next month and launch as a 2022 model, are decidedly positive. It looks like the electric Macan will meet a formidable competitor when it launches a few years down the road…