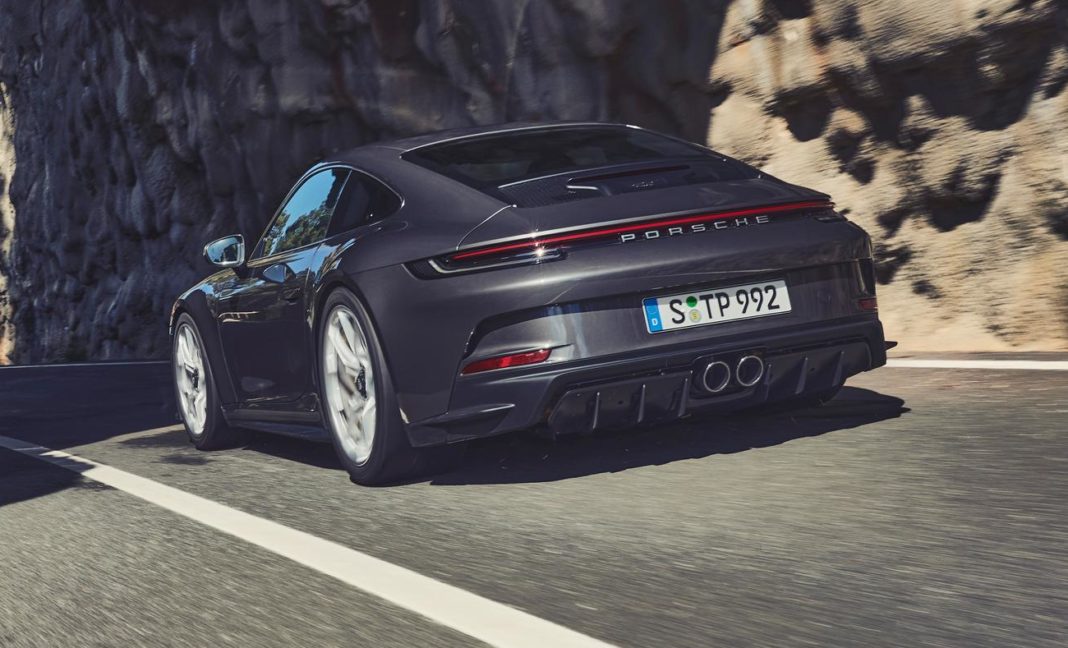 The 2022 Porsche 911 GT3 Touring has been revealed officially, like the previous GT3 Touring the model comes with a rear wing delete to reduce drag while emphasizing on GT comfort. The necessary downforce is now generated by an extending rear spoiler that retracts automatically.

The new Porsche 992 GT3 Touring will share the same price tag with its winged counterpart, meaning the Touring Package is a no cost option. Prices start at 170,969 euros including VAT in Germany, and for the first time ever the Touring Package will now offer PDK – also as a no cost option. A six speed manual transmission will be offered as standard.

The 4.0L flat six engine was lifted from the GT3 R race car, here it produces 510hp and 470nm of torque. Multiple other parts were taken from Porsche’s GT racing cars including the double-wishbone front suspension and the rear diffuser. Buyers of the new GT3 Touring will get a unique logo on the rear lid grille that covers the engine and a chronograph that uses the flyback function movement. The winding rotors on this new chronograph are identical to the wheels of the car.

Thanks to the extensive use of lightweight materials, the new GT3 Touring only weighs 1,418 kg with the manual transmission and 1,435 kg with the optional PDK gearbox. The hood is made of carbon fibre-reinforced plastics while forged alloy wheels and lightweight windows help keep the weight down further.

Inside the cabin, a track screen has been incorporated for the first time ever. It will only display key information at the touch of a button, this info includes tire and oil pressure, oil and coolant temperature and fuel tank level. This is especially useful to drivers who take part in track days regularly.