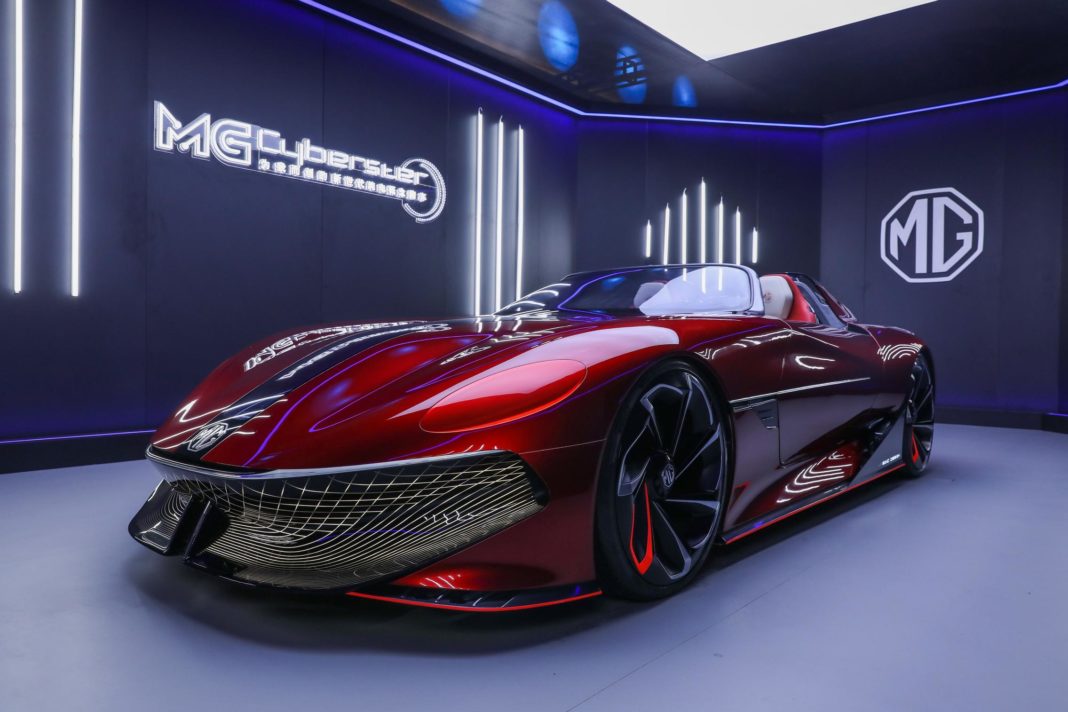 The Cyberster is a two-door, two-seater sports car with high-tech features including 5G connectivity and a gaming cockpit. The styling cues of the car are from the classic MGB Roadster. The EV architecture used on the Cyberster enables approximately 800km of electric range, the acceleration from 0-100km/h takes less than three seconds.

The body of the Cyberster is designed to improve aerodynamic performance, the exterior features MG grille serving as air ducts to ensure airflow to the chassis, classic MG headlight with interactive ‘Magic Eye’ headlights that opens when switched on, ‘laser belt’ LED strip down and LED tail lamps.

The interior features digital fibre design that acquire a driver-centric layout with a separated cockpit between the driver and passenger. There is a large LED instrument cluster with a second central screen, Zero Gravity seats with floating head restraints, red leather door handles and door panels with laser belts connecting to the exterior.

MG has not revealed any output figures of the Cyberstar but judging by the acceleration numbers, it could easily be powered by 2 or 3 electric motors with an output of 800hp+.