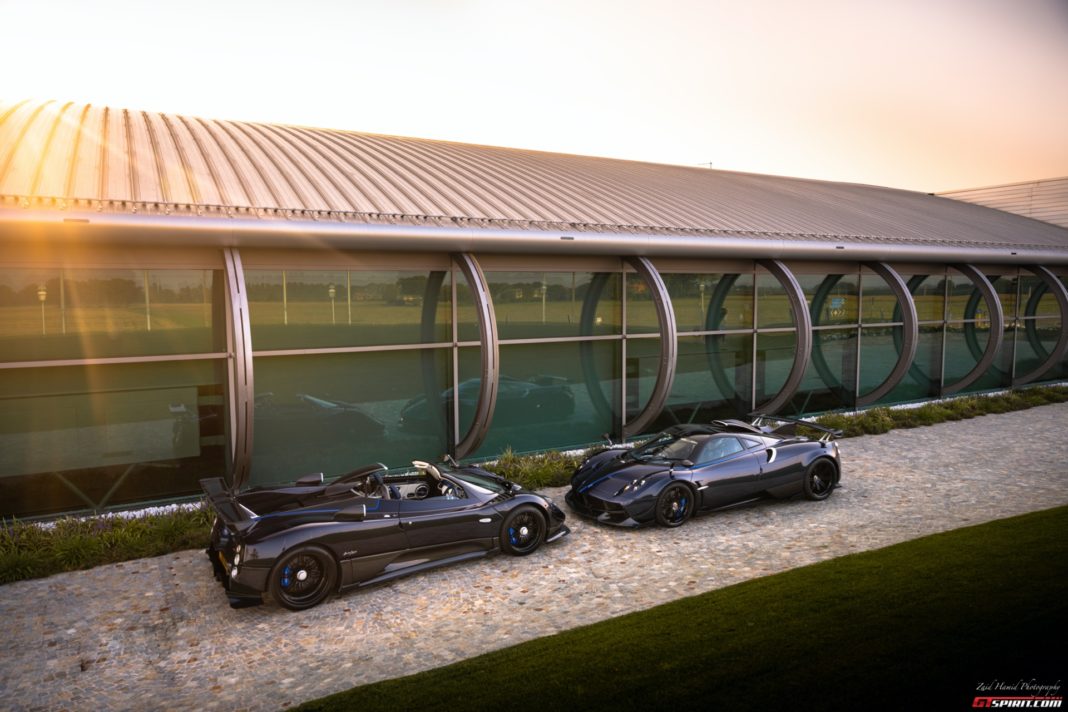 The world of hypercars is an exclusive and mysterious one. There are cars that are rarer than the rarest precious stone and designed to allure ultra high net worth individuals to part with significant amounts of money. To add to the appeal, manufacturers such as Porsche, Ferrari and Lamborghini offer customisation programmes to create bespoke colours for paints, leather and even air vents. But there is one Italian based company that takes this to new and unparalleled levels – Pagani. I travelled to San Cesario Sul Panaro to learn more about the extraordinary lengths Horacio Pagani and the team stretch to to fulfil the desires of their customers.

With just  140 Zondas and 265 Huayras built, they know every Pagani owner here personally. Customers don’t just come, buy and leave – they become part of the Pagani family. Horacio Pagani takes care of his family with three special programs that cater to family members’ various whims. First there’s Pagani Puro, a certification of authenticity designed to safeguard a customer investment in a Pagani. Then there’s Rinascimento, a restoration program to return a car to its original factory specification. And thirdly, the Pagani Upgrade Program. This means that no Pagani is left behind – a 22-year-old Zonda C12 can be upgraded to the specs from the most potent 760 series and benefit form the latest advancements in Pagani technology in 2021. This is unheard of in the industry.

My time in Italy coincided with the collection of two exceptional Paganis. These two examples of the Upgrade Program are a Zonda a Huayra 760VR whose owner was due to come and see that day. The Zonda began life as an F Roadster before the owner decided to upgrade his car to 760 specification. The changes are nothing short of dramatic: exposed carbon, wings, cuts and air intakes that would not look out of place on a race car or a fighter jet have transformed the Zonda F into a far more aggressive and visually intimidating car. The Huayra was updated with the new suspension, wheels, exhaust and aero parts from the Pacchetto Tempesta – and it is these changes on the Huayra 760VR that the customer will inspect here today. As the name would suggest. The aim of the upgrade was to cosmetically update the car with a number of bespoke parts to be as close, visually, to the Zonda 760 VR. From the interior to the show-stopping snorkel towering above the roof line to that magnificent rear wing and the custom wheels, the resemblances are clear to see. Every detail was poured over, deliberated and discussed for months to make sure they were perfect. I’m standing next to Niccolò Valenti, Head of Global Aftersales, who is tapping away on his phone sharing renders, sketches and color pallets with a US customer. “This customer loves lightness. We are discussing making carbon fiber sun visors; he already has carbon fiber f loor mats,” Valenti casually explains as if these were completely ordinary things to have in a car.

Even for Pagani, carbon sun visors are not part of the standard assortment. But if a customer wants something, and it is possible and safe, Pagani will make it happen. Circling the Huayra, Francis Falconer, European Head of Sales, talks me through a few special touches that are noteworthy and specific to the car. Important to know is that the owner has a penchant for aviation. The side air intakes of the Huayra are shaped similarly to the cowling fitted on the leading edge of a jet engine. 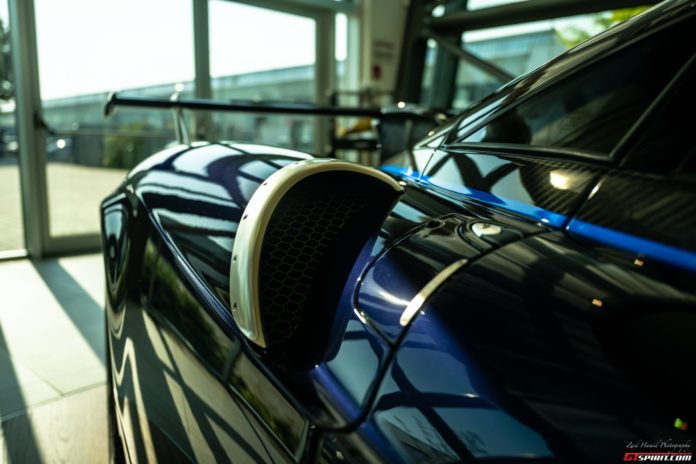 There was debate for weeks as to which metal finish would be best suited to reflect the customer’s inspiration. Just a few days before delivery, the Pagani team and the owner were still deep in discussions on how to best emulate aircraft rivets using small bolts. A shared feature on the 760VR pair are the marvellous exhaust tips. Because they were too complex for Pagani to do in-house, the customer used his industry contacts to have them 3D-printed. This is yet another example of the sort of collaboration between Pagani and its customers. And it is an approach that I have not seen anywhere else in the industry, even in stratospheric hypercar territory.

Following a champagne reception with Horacio Pagani and his family, I ask the owner why the chose to invest in the Upgrade Program. He explains how he feels that the Huayra is on a trajectory to success, given its small production numbers and the Upgrade Program, which is an appealing choice especially for buyers of a used Huayra, because they can rebuild the car to match their style.

Besides, he says, these are not garage queens but are used as intended, as he did when he had his Zonda flown to the US for a road trip up the East Coast. Which brings him onto the topic of usability – he emphasises how practical a Pagani is in comparison to its rivals, mentioning that his wife likes travelling with “a few outfits” and that it would be impossible to fit them into a LaFerrari or similar car. Another thing that is really important to him are the infinite possibilities that Pagani’s custom program offers. The decision to match the Zonda and Huayra was a simple one, the owner explains: “I love the colour combination, blue has always been a favourite and when I was sent the colour samples I knew this was the colour for the cars.” 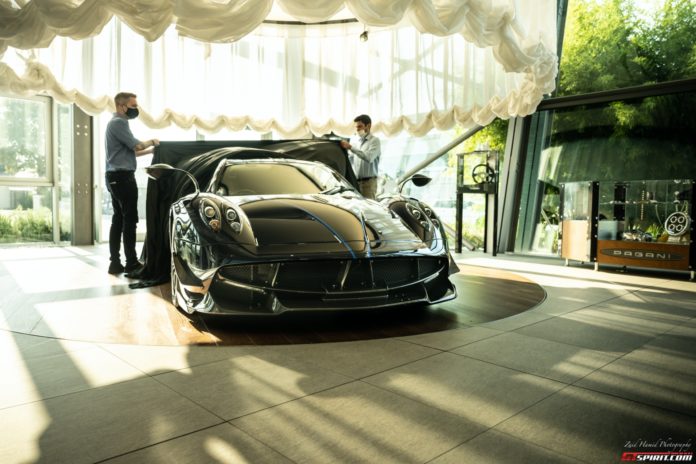