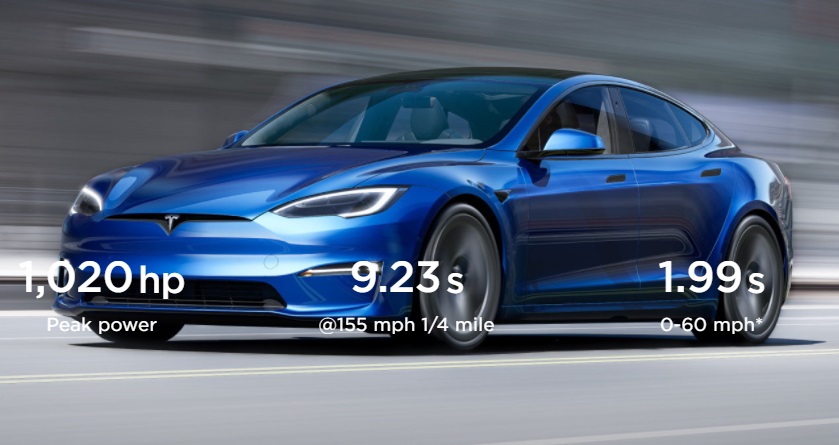 As Tesla rallies the electric car industry to multiple directions, they plan to unveil a new super version of the Model S that will take on anything fast on the market. The Model S Plaid is a 1,020hp super sedan with a 0-60mph time of 1.99s, and a 1/4 mile time of 9.23s at 155 mph. The top speed is 200mph. These figures will make it quicker than cars such as the McLaren 765LT and the Porsche 992 Turbo S. A Bugatti Chiron will complete the 1/4 mile in 9.4s albeit with a faster trap speed of 158mph.

The 0-60 time is identical to that of the upcoming Tesla Roadster. The company says the Model S Plaid will be the quickest production car once its launched. Deliveries will begin in March 2021 for the ‘regular’ Plaid version, while a long range Plaid+ version will be made available later in the year. This version will be priced from. $139,990

Pricing is quite enticing, $112,990 for a 1020hp super sedan with a 200mph top speed. Hypercars and electric super sports cars like the Rimac C_Two with identical specs all cost north of $2 million. The Aspark Owl, a Japanese full electric hypercar just began production, the 0-60mph time is said to be 1.7s, pricing for is north of $2.5 million. The Model S Plaid pricing on the other hand aligns itself with the likes of a diesel S-Class, entry level Porsche 992, X5 M Competition just to name a few.