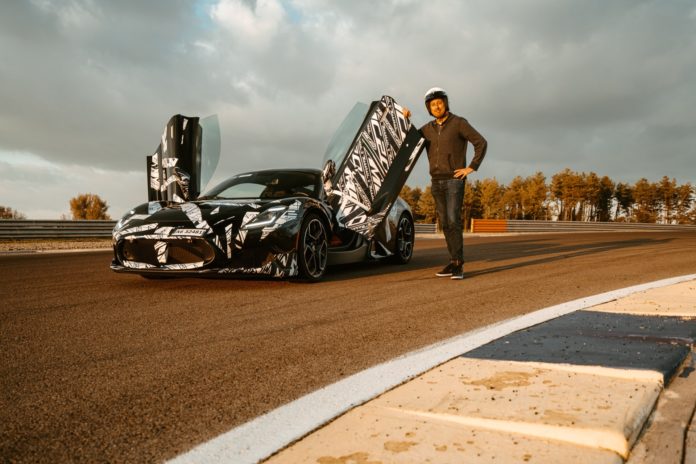 The launch of the Maserati MC20 supercar in September 2020 marked the tangible start of a new era for Maserati. The MC20 is only the first part of a 5 billion Euro investment program launched by FCA to strengthen its brands and production locations in Italy. And Maserati is taking a prominent role in the program. On this sunny day in November I find myself at the Viale Ciro Menotti plant in Modena to take a look at the revamped factory and see what the MC20 is like to drive.

Before we move on to the car itself Maserati is keen to show what the FCA commitment meant for the Viale Ciro Menotti plant in downtown Modena, home of Maserati since 1940. Up until the end of last year the GranTurismo and GranCabrios were built here along with specific Alfa Romeo performance models. All Maserati models and said Alfas used engines produced by Ferrari a mere 20 kilometers away. But with the Ferrari engine deal expiring next year Maserati has decided to take things in-house.

Walking through the gates at Viale Ciro Menotti feels a bit like time travel. The beautiful red brick factory buildings remind of past times. But these nostalgic feelings fade quickly once you see the modern and high-tech interior. Maserati invested a great deal of time and money into bringing the aging factory up to the latest standards while respecting the location’s heritage. 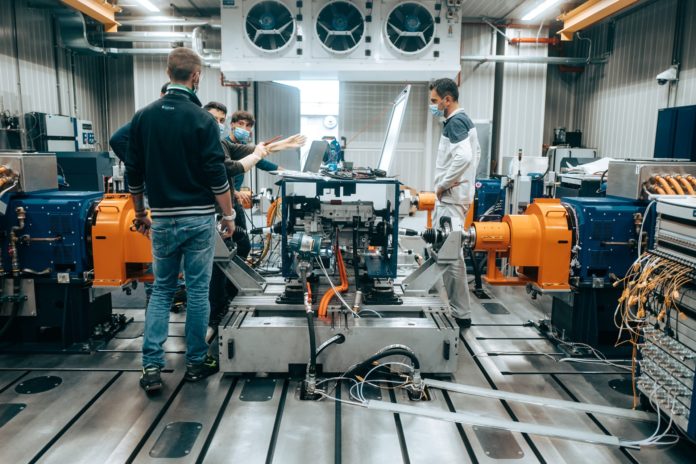 A new engine lab has been added to the Modena factory along with a new paintshop, an electric- and hybrid engine test center and an upcoming customization workshop. The Modena plant will be the key production location for the production of the MC20 and its derivatives. Other Maserati models like the Ghibli, Quattroporte, Levante and the successor of the GranTurismo will be built in Turin. 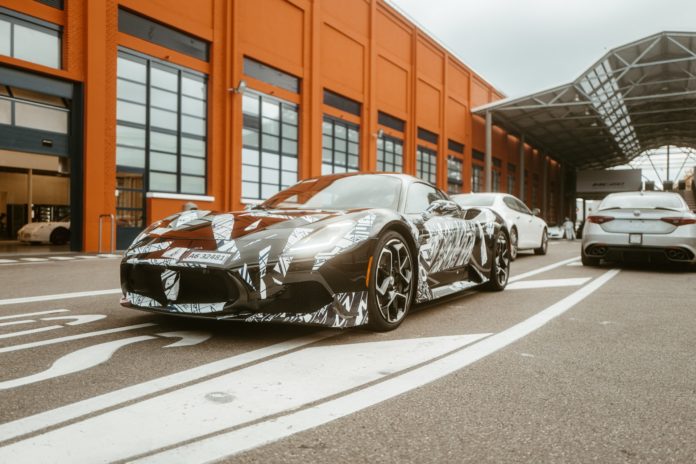 Following the tour of the factory it is time to take a closer look at the new Maserati MC20 and take it out of a spin on nearby Autodromo di Modena. The test car is still a pre-production prototype and covered in stickers. Since I was not able to attend the official launch beginning of September it is the first time seeing the MC20 in the flesh. And it is surprising how much wider the MC20 is in real life. The proportions or silhouette make it look a lot smaller than it really is in pictures. 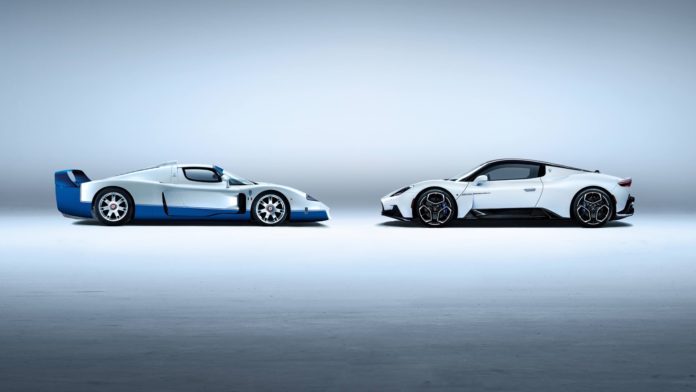 The front and the rear are unmistakingly Maserati. The front is characterized by a large mouth with centrally mounted Tridente and a front splitter running the full width of the car.  The side profile is inspired by the famous Maserati MC12.  The rear is characterised by the full width tail-lip, LED rear lights, a centrally mounted double exhaust and diffusor. A nice touch is the Tridente shape of the cooling holes in the engine cover below which the new engine is found. 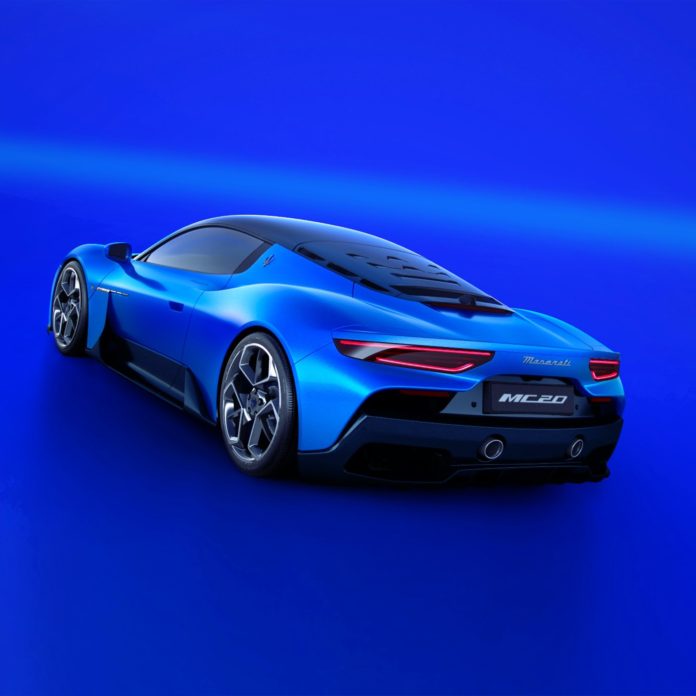 Unlike the famous MC12, the 20 in the name MC20 does not refer to the number of cylinders but to the year of release. The Maserati MC20 comes equipped with the brand new Maserati Nettuno engine, a 3.0 twin turbo V6 engine with twin combustion technology. This technology is derived from Formula 1 and helps reach new levels of performance. The performance figures are impressive; 630hp and 730Nm of torque. Enough for a sprint from 0-100 km/h in 2.9 seconds, 0-200 km/h in under 8.8 seconds and a top speed in excess of 325 km/h. 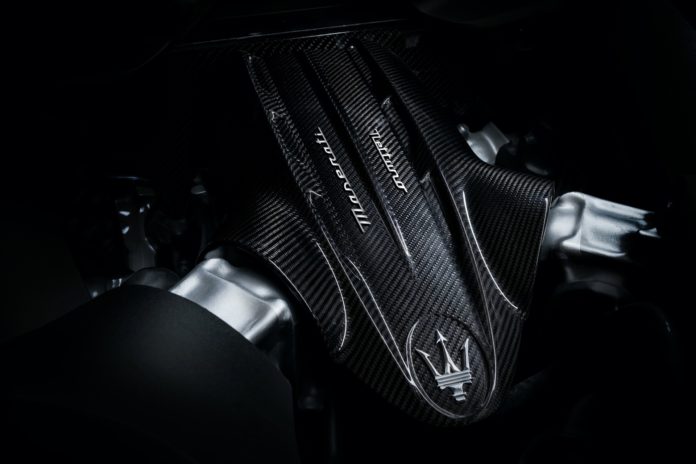 The V6 has a 90 degree configuration to lower the center of gravity with the turbochargers mounted below the engine. The engine is paired with an 8-speed double clutch gearbox which comes with a Mechanical (standard) or a Electronic (optional) Limited-Slip Differential.

From the start of the project about 2 years ago weight and a low center of gravity were among the key goals of the development team. The MC20 has a carbon fibre monocoque that weighs only 100 kg and ensures both safety as well as a rigid chassis. Instead of active aerodynamics the team decided to use passive aerodynamics only to save further weight. The efforts resulted in a kerb weight of less than 1,500 kg and a very low center of gravity. The MC20 has Double-wishbone suspension front and rear with adaptive dampers. The brakes are provided by Brembo and carbon ceramic brakes are available as an optional extra. 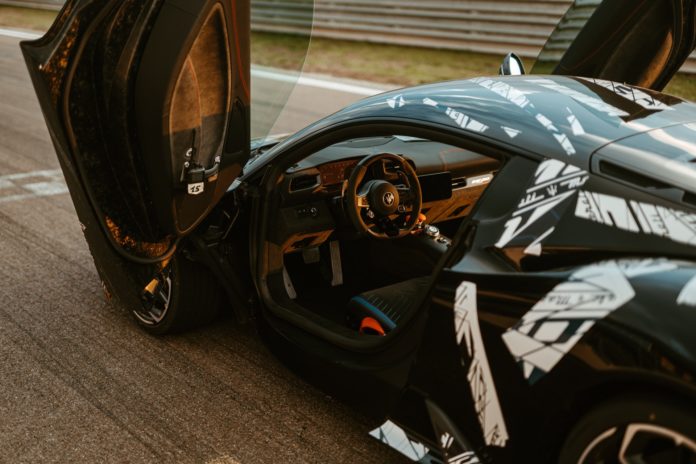 As I open up the butterfly doors I’m in for some surprises. Unlike other mid-engined supercars with a carbon tub the doorsill is very narrow and the door opening especially towards the front rather large so it is very easy to get in- and out of the car. As I slide into the driver’s seat I also notice there is a lot more space than I was expecting. The low sleek center console finished in carbon fibre not only looks great but also adds a lot to the sense of space. 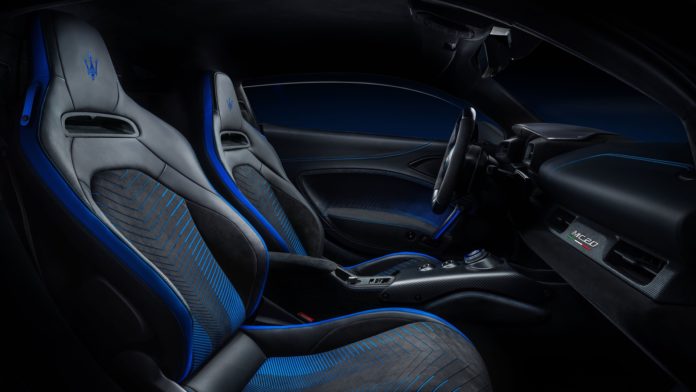 The interior itself is crafted like a work of art. Leather, alcantara and carbon fibre are used in symbiosis to create a functional and driver oriented cockpit with very high aesthetic qualities. The number of buttons is reduced to a minimum with only the selection wheel for the five different drive modes (Wet, GT, Sport, Corsa and ESC off), the Drive / Manual gearbox selection button, reverse selection button, the window controls and a volume button on the center console. Nearly all other controls are either found at the wheel or in the landscape sized touchscreen display in the center. The driver display is also fully digital and displays all relevant information and adapts based on the chosen drive program. 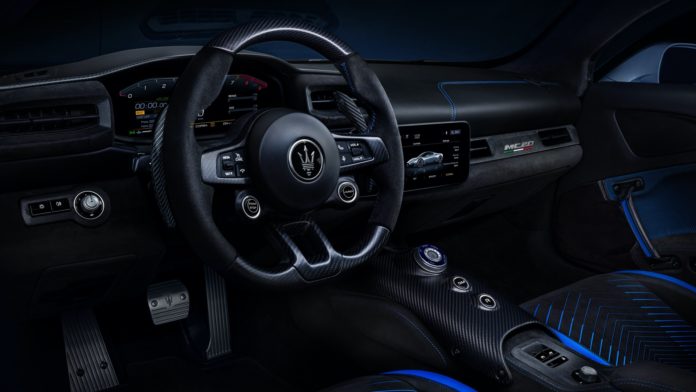 Firing up the twin turbo V6 is done with a button on the steering wheel. It does sound quite good for a V6 but obviously is no match for the V8 of the GranTurismo or the V12 of the MC12. A problem that Maserati like other manufacturers have to deal with are the ever stricter regulations for emissions and noise. US customers will be lucky, their MC20s will be significantly louder than their European counterparts.

After a short drive through the center of Modena, with its cobblestone streets ideal to experience the MC20s relative comfort on rough roads, we arrive at the Autodromo di Modena. It is not my first time here and following a quick briefing it is time to find out what the MC20 is all about. 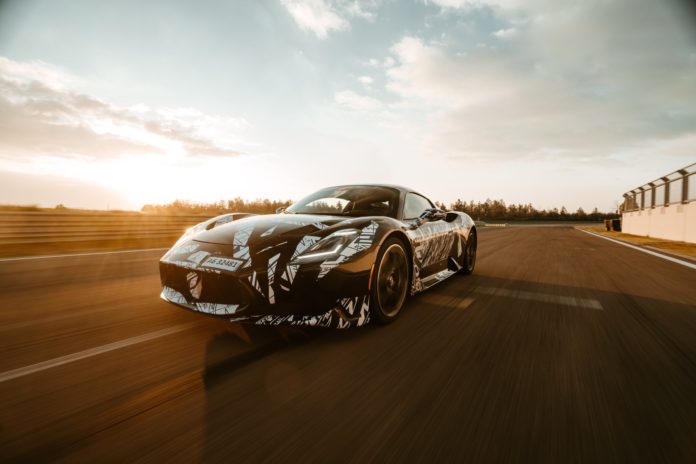 Already after the first lap I’m blown away by the new MC20. Accelerating down the main straight I’m pressed firmly into the seat all the way to the braking point for the first corner. The steering is direct, precise and body roll virtually non-existent. The stopping power is equally impressive but the carbon ceramics might be a bit much for customers who will use it primarily as a road car.

The gear changes are near instant but I don’t like the fact that it skips from 3rd to 1st gear when shifting down for a tighter corner. Although this will probably be changed in the production car. Switching back from Corsa to Sport and GT mode I can feel the car soften and become more forgiving for every day use. 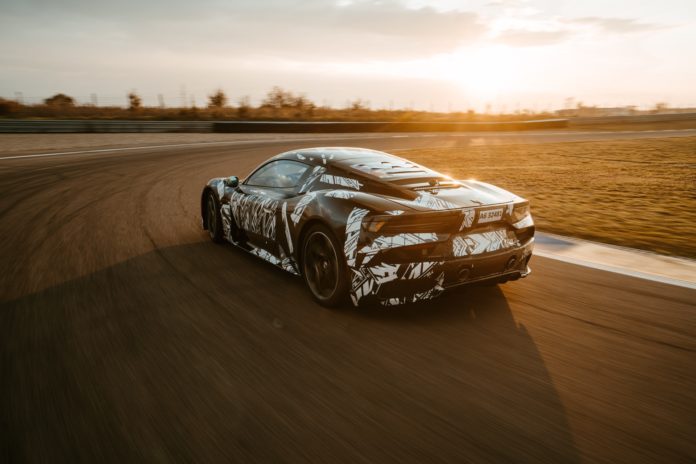 It is worth mentioning that virtual vehicle development and one of the world’s most advanced driving simulators at Maserati’s Innovation Lab on the other side of Modena played a key role in development of the MC20. The use of simulation and virtual car mathematics allowed Maserati to test more parameters in a shorter time, reducing development time and reaching better results. Setups created digitally were then installed in real world prototypes and tested extensively on the road and track to validate the results. This process led to the MC20 I was able to test today.

In addition to the standard equipment customers can choose from a range of optional extras including a nose-lift system, Sonus faber High-Premium Audio System, exposed carbon fibre parts and carbon ceramic brakes. 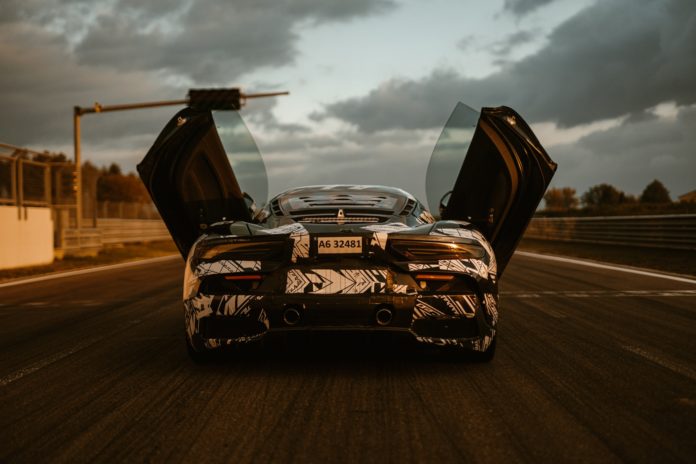 The MC20 is just the start of a complete line-up. Next year we will also see a MC20 Spider followed by a battery-electric version the year after. It is no secret that Maserati also aims to return to motorsport with a dedicated racing version of the MC20. This platform versatility gives the MC20 a certain edge over the competition. Production of the MC20 starts in January 2021 with first customer deliveries expected at the end of Q1 in Europe followed by the US in July 2021.

The Maserati MC20 is one of the most surprising new cars of this year and it exceeded my expectations in almost every regard. It truly marks the start of a new era for Maserati.