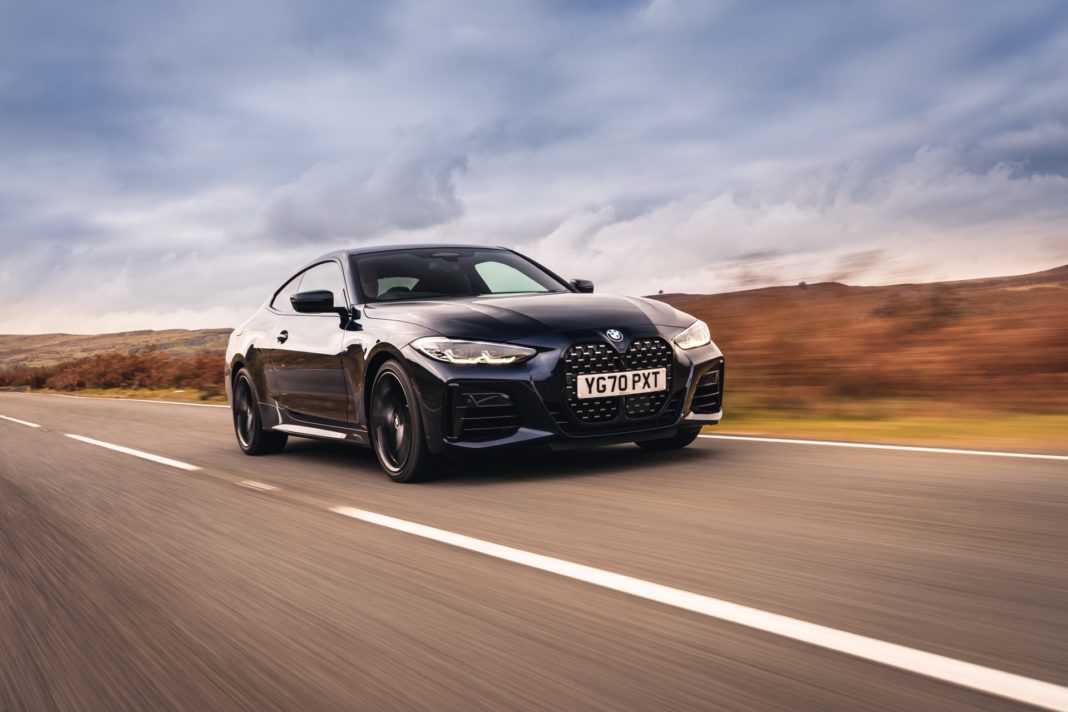 Don’t judge a book by its cover is the phrase I repeated in my head as I approached the 2020 BMW 4 Series Coupé, the M440i xDrive to be specific. The 4 Series caused something more akin to a tsunami than a stir when the covers were pulled back in May 2020. The design may polarise, but there is more to any BMW than its design. After all, these are supposedly the ‘ultimate driving machines’. The M3 and M4 recently broke cover and I hope to drive them shortly, but for now it is this, the M440i xDrive that is the range topper.

Having driven the M340i xDrive on track last year, my expectations of how the car would drive were high. The numbers look good, too. With a mild-hybrid-assisted 3-litre turbocharged six-cylinder petrol engine and standard xDrive, the M440i puts out 374 horsepower. This includes the 11 horsepower that the 48v system can apply to aid acceleration and economy. This means 0-100km/h is dispatched in a respectable 4.5 seconds – plenty fast for an M Performance model.

There is the typical BMW 50:50 weight distribution and the car feels handy on the twisty country roads around Oxford. That being said, when starting to push on there is a hint of understeer. The xDrive promises to shuffle power between the wheels but often felt overwhelmed, perhaps the car would be better suited to more open flowing roads than tight country lanes to display its true dynamic traits. The benefit of xDrive is, of course, the all-weather usability that was once the USP of Audis.

There is an eight-speed Steptronic Sport transmission which proved to be slick and quick, straight line acceleration felt strong, although the only sign of the 11hp boost being deployed from the mild-hybrid-system was the dashboard letting me know. The steering, like with so many modern cars lacked any discernible feedback and the weighting felt artificial. The same can be said for the synthesised noise that was so obviously being emitted from the speakers.

In the real world these are unlikely to ever be issues or concerns for aspiring buyers. Owners of a 2020 BMW M440i xDrive Coupé are not looking for hardcore thrills and a car that bristles with feel, these are cars that will be driven everyday, have to go to the supermarket and be comfortable over long journeys. On that note, the ride over broken tarmac was a touch harsh – seeing M Sport suspension on the spec list always sends alarm bells ringing, but these are adjustable and much better when set into comfort mode. The interior is familiar BMW with all the tech you could want with fancy bells and whistles such as gesture control and a host of driver assistance systems being offered.

Assuming that potential buyers are not put off by the styling or the price (the car I drove was priced up to an eye-watering £61,100), I am sure that the M440i xDrive Coupé will be a sales success. From my time behind the wheel it is clear that this will be a practical, enjoyable and exciting daily driver. I guess the thrills, adrenaline rushes and track day credentials will be served up by the fistful in the eagerly anticipated M3 and M4.