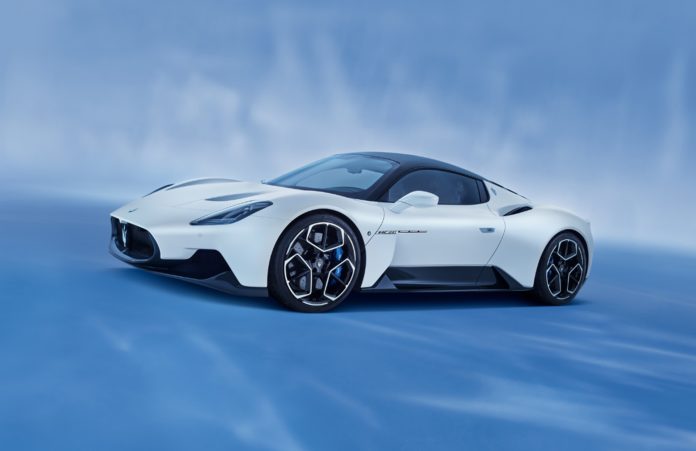 The Maserati MC20 has now been officially revealed. We saw the photos yesterday, the details have now been confirmed as the covers were removed in Modena.

The Maserati MC20 was designed in Modena and will be built at the Viale Ciro Menotti plant. The Italian brand has created a new production line in the space once occupied by the GranTurismo and GranCabrio models. 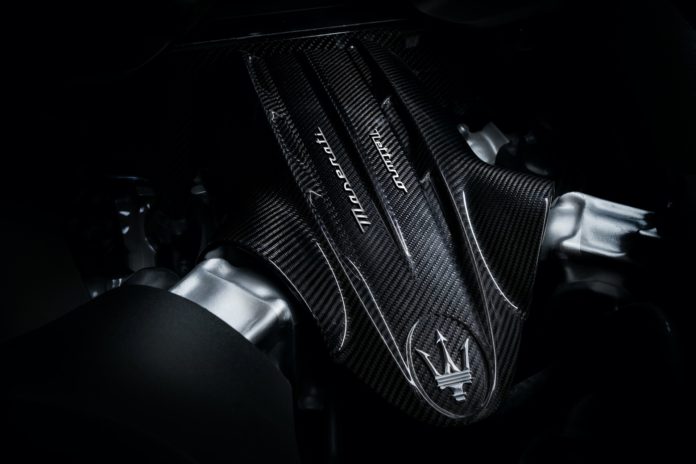 Details for the new Nettuno engine were already known. The 3.0 litre V6 is mounted at a 90 degree angle. It is rated to 630 hp and packs 730 Nm of torque.

Power is routed through an 8-speed DCT gearbox to the rear wheels via a mechanical limited slip differential. An electronic differential is said to be optional.

The suspension setup includes double-wishbones at the front and rear with an anti-roll bar. The Maserati MC20 weighs in at under 1,500 kg of kerb weight. 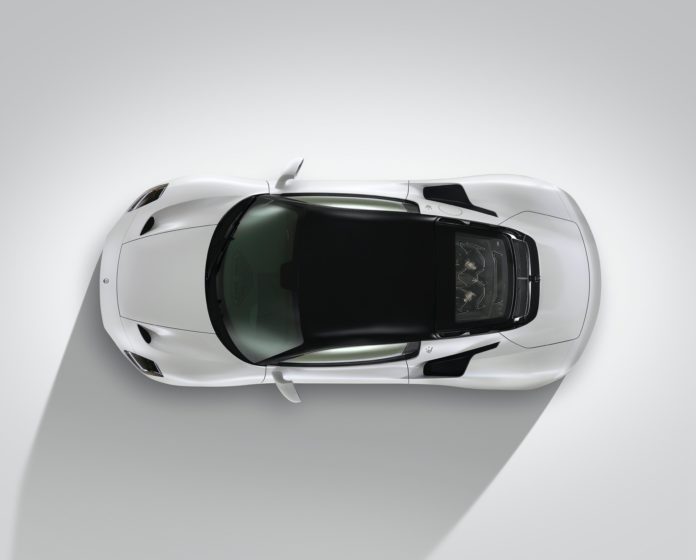 The design is typically mid-engined supercar. The aerodynamics were honed in the Dallara Wind Tunnel with a drag co-efficient of 0.38.

The front end takes cues from the Maserati MC12 with a low air intake and prominent Maserati trident. The bonnet gets two air intakes either side of a flat bonnet. Along the side, deep wheel vents cut into the Maserati MC20 door panel.

The roof line slopes gently towards an uncluttered rear end. The rear taillights are narrow and split by a Maserati logo. Two centrally mounted exhausts are reminiscent of the outgoing Maserati GranTurismo.

The addition of butterfly doors give the Maserati MC20 a visual edge. 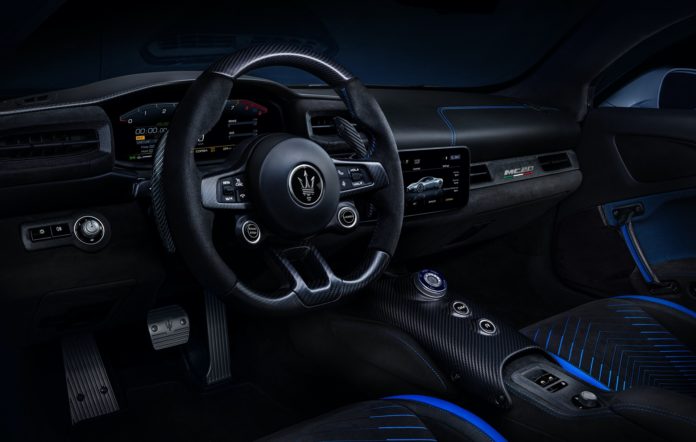 Inside, the MC20 uses two 10 inch screens: one for the cockpit and the other for the Maserati Multimedia System (MIA).

The carbon fibre-clad central console gets a wireless smartphone charger, the driving mode selector (GT, Wet, Sport, Corsa and a fifth, ESC Off, which deactivates the control functions), two speed selection buttons, the power window controls, the Multimedia System controls, and a storage compartment underneath the armrest.

All of the other controls are on the steering wheel, with the ignition button on the left and the launch control on the right. The Maserati Connect program makes it easy to access services. Pricing has yet to be announced for the MC20. That said, it looks likely that the Maserati MC20 will compete with the McLaren 570S and Porsche 911.