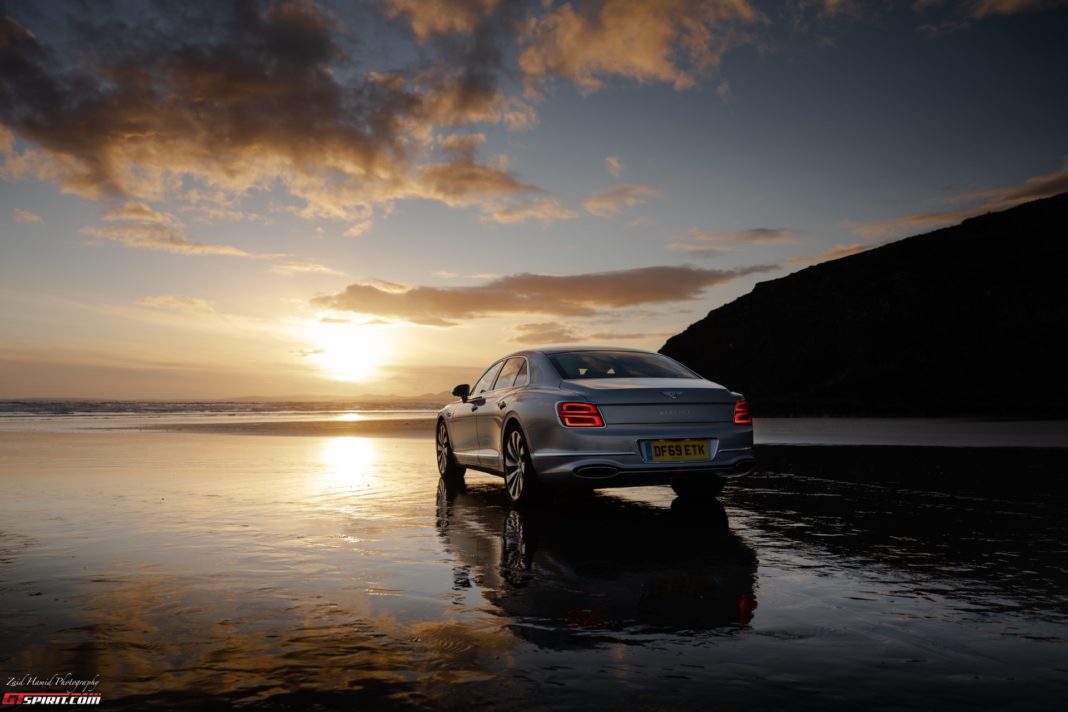 There is an element of romance when you travel, not just to reach a destination, but for the thrill of the journey. The ultimate freedom and best way to uncover the undiscovered is by road, guided by a sense of adventure and the desire to make memories. Driving a new exciting road or parking along side one to mentally save an image that will he cherished and looked back upon is one of the greatest automotive experiences you can have.

When Bentley invited me to create memories in a Flying Spur I was quick to express my desire to accept the brief. It was a not a complicated mission. Have a Flying Spur for a week and drive anywhere I fancied as long as it was in the UK and take a bunch if photos on the way. Simples. This was not the first time I had been set such a task – a few years ago the GTspirit crew took a Bentley Mulsanne all the way up to Scotland to write a story and create a short film. The Bentley took the journey in its stride, not once faltering on the two thousand mile journey and carrying us in supreme comfort and opulence. 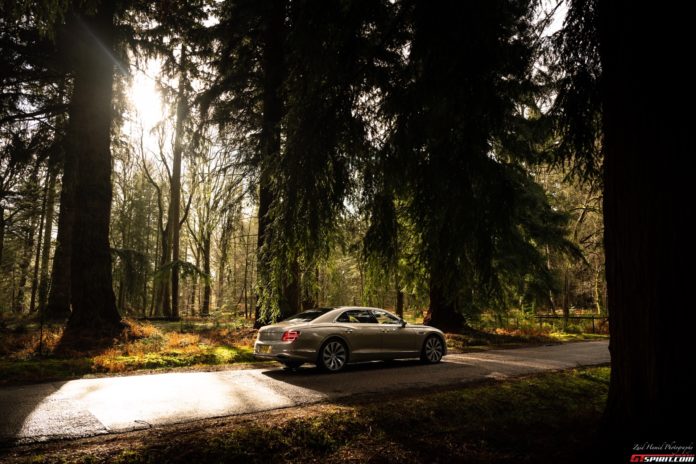 I had no doubt that the 2020 Flying Spur would be any less refined. What I was not expecting was ferocious speed and a breadth of ability that this 2.5 tonne behemoth of a limousine displayed. The size of the FS, literally, is the elephant in the room. It is massive and you notice when you try to negotiate the narrow lanes of London and its, narrower still parking garages. After breathing in an using the plethora of cameras to keep the 21 inch diamond cut wheels unscathed, you’ll find a bay to park in and reverse right to the back of before jumping out and laughing out loud about how the Flying Spur hilariously stretches over the white lines by a considerable length. You’ll never be wondering where you parked it, you can see it poking its chrome grille nose out from quite a distance away. Thankfully manoeuvring the 5.3 metres of metal is far easier than you would expect thanks to the extremely aggressive rear wheels steering. Apply enough lock and you will see the rear wheels turning in the side mirrors, on full lock you will hear them juddering behind you as they shrink the turning circle.

Back to the task at hand! I adore the South Coast of the UK. Places such as New Forest and Portsmouth are only a couple of hours south of London, waking up at 5am means I am in the forest for sunrise and can spend the day exploring before heading to Portsmouth for a view of sunset on the beach. The massage seats pulsated and kept me relaxed, I was only stopping for coffee and a few splashes of fuel for the W12 to chomp through. And chomp it does, 626bhp and a barmy 0-100 time of 3.8 seconds means the Flying Spur has quite an appetite. Stopping to fill up meant there were plenty of opportunities to exploit the ferocious speed when rejoining the motorway and get back up to cruising speed. The pull in 2nd and 3rd gear is alarming, the numbers build quickly but the sensation of speed is somewhat muzzled by in the cabin that shields occupants from the sounds and harshness of speed. Building velocity in such a manner in any sort of sports car would be significantly more uncomfortable. 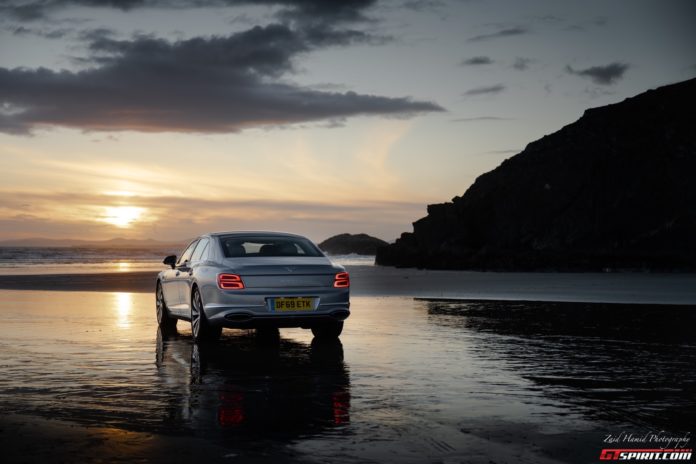 The theme of luxury and comfort continues when I’m off the motorways with the Bentley nonchalantly wafting over horrible road surfaces as though they are marble top smooth. The 48 volt antiroll system that has been around since the first generation of Bentayga is still a marvel, it means the car combats the slightest hint of roll but the air-suspension can remain focused on an keeping occupants isolated from bumps and poor surfaces. The results are sublime. As I arrived at Portsmouth for sunset, I feel as if I can carry on driving for another 7 hours without fearing fatigue. So I do carry on, this time towards Bristol so I can rise early and catch first light in Cheddar Gorge. The 100 mile journey in the dark is just as effortless, the LED lights are terrific and the adaptive cruise control combined with the adaptive high beam assist makes this one of the easiest drives I think I’ve had in any car.

The trip to Wales was the one which would determine if this trip would have been a success or not. The locations in the Brecon Beacon mountains and the surround coast were far more dramatic than those of previous days. The next and final stop was the Bentley factory where I would part ways with the car, so Wales had to deliver. This journey was one focused on natural beauty and the Flying Spur, I hope the photos give you a sense of just how beautiful the car looks in a variety of settings.