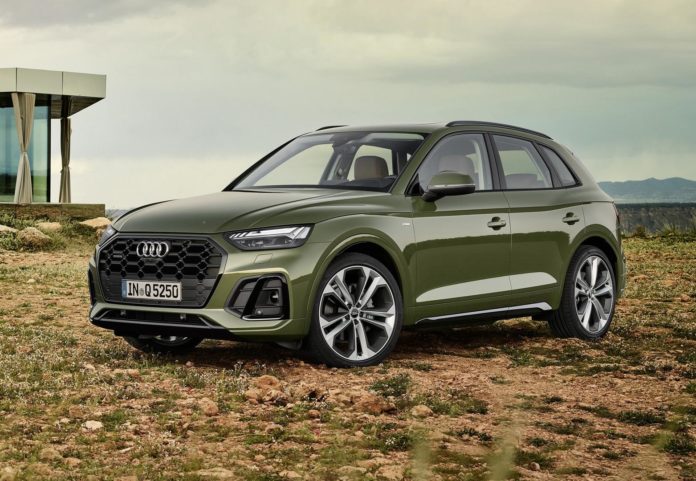 The Audi Q5 facelift was officially unveiled earlier this week. It is one of Audi’s best-selling models at the moment, which makes it an important update for the German behemoth!

The facelift is fairly light touch, but extends to the styling, technology, and to the drivetrain.

A market launch is planned for Autumn 2020. The press release reveals that the Q5 facelift will be built at Audi’s San José Chiapa plant in Mexico.

So what’s new for the Audi Q5 facelift? The answer is, a fair bit! You just have to look closely.

One of the biggest changes, as with any facelift model, is the updated lighting setup.

OLED lighting technology is available in the Q5 for the first time. The optional OLED rear light is split into three tiles of six segments each.

At the front, the basic equipment for the Q5 is now LED headlamps, with matrix LED headlamps an optional extra.

Elsewhere, the octagonal Singleframe is now shallower and wider than before, the side air intakes are larger. At the back, there is a new trim element between the light clusters and a new diffusor insert. 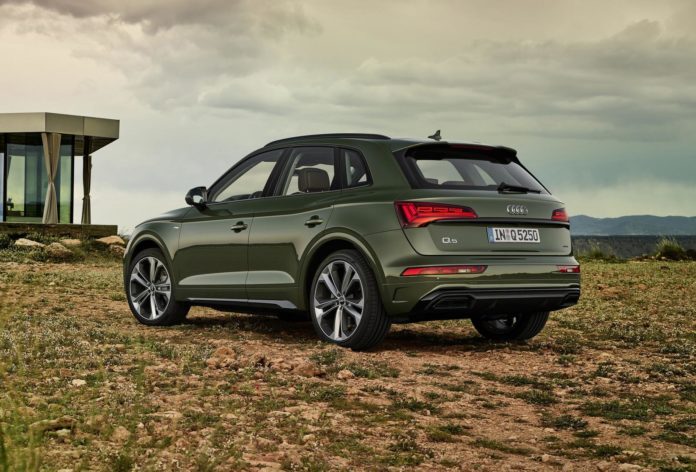 Audi has dispensed with the rotary/push control on the transmission tunnel.

A single variant is on offer in Europe from launch. The Audi Q5 40 TDI gets a 2.0 litre, four-cylinder turbodiesel engine.

It generates 204 hp and 400 Nm of torque, combined with a mild hybrid system (MHEV). Work on the aluminium crankcase and crankshaft has saved 22.5 kg of weight. 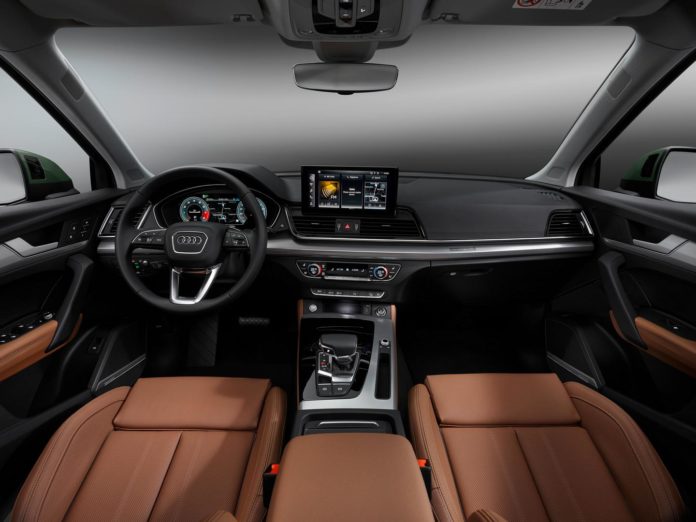 However, the figures are roughly comparable to the BMW X3 and the Mercedes-Benz GLC, both of which were recently updated and are now much more competitive than they have been in the past.

What’s Next for Audi?

Audi is expected to launch more power units in the coming months, and before the Audi Q5 facelift hits the market in Autumn.

Audi is also expected to produce a Q5-sized electric SUV, the Audi Q4 E-tron, which is sure to be a success.