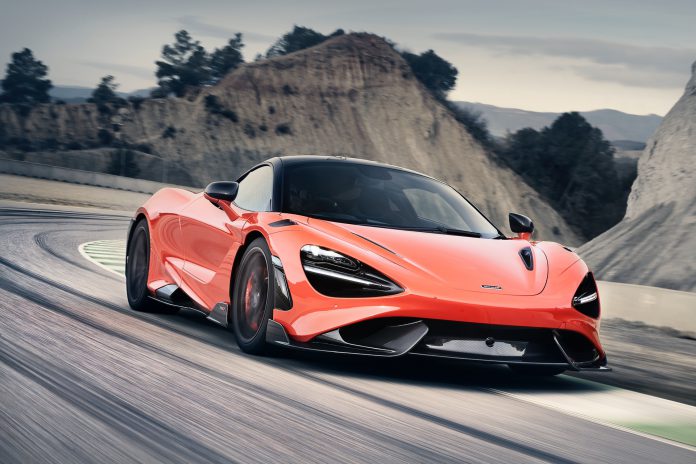 The McLaren 765 LT has been officially released. The Longtail version of the McLaren 720S was due to drop its covers at the Geneva Motor Show 2020. With its cancellation, the reveal took place online, streamed from the company’s headquarters.

There’s something quietly satisfying about the name, an anagram of its predecessor, the McLaren 675 LT. The 765 LT includes a set of updates which match the focus of the 675 LT.

The transmission has also been modified to produce 15% quicker in-gear acceleration times than a 720S and the fastest lap times of any McLaren Super Series model. The chassis includes bespoke springs and dampers, a wider front track, lower ride height and software updates for the linked-hydraulic Proactive Chassis Control II suspension.

Weight has been reduced. The McLaren 765 LT weighs 80 kg less than the 720S coupe at 1,339kg. Weight is saved through the use of a titanium exhaust system, Formula-1 derived transmission material and thinner glass. The 765 LT uses a set of 10-spoke ultra-lightweight forged alloy wheels with titanium wheel bolts and a set of bespoke Pirelli P Zero Trofeo R tyres. 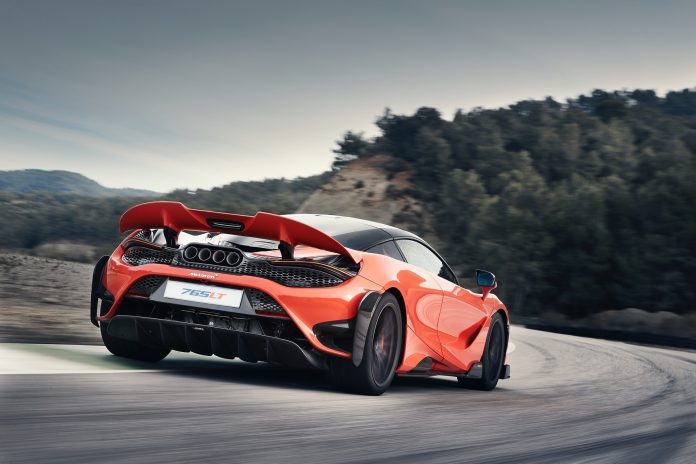 The brake discs are carbon-ceramic and use the McLaren Senna callipers. Cooling power is improved through new brake ducts.

The aerodynamics are improved with carbon fibre front splitter, front bumper, front floor, side skirts, rear bumper, rear diffuser and larger ‘Longtail’ active rear wing. The carbon fibre is the first produced by McLaren at its Composite Technology Centre in Yorkshire. The exhaust system uses a quad-exit placed to emulate the look of the McLaren F1.

Inside, the carbon fibre racing seats, carbon fibre centre tunnel, exposed carbon fibre floor and lightweight Alcantara make the LT feel special. An optional double-glazed panel integrates with the carbon fibre rear upper structure to showcases the McLaren V8 engine. The car comes without the air-conditioning and audio system as standard but these can be specified at no additional cost.

To ensure that the McLaren 765 LT retains some exclusivity (who wouldn’t want one over a 720S -right?!) just 765 individually numbered cars will be made available globally to customer order.