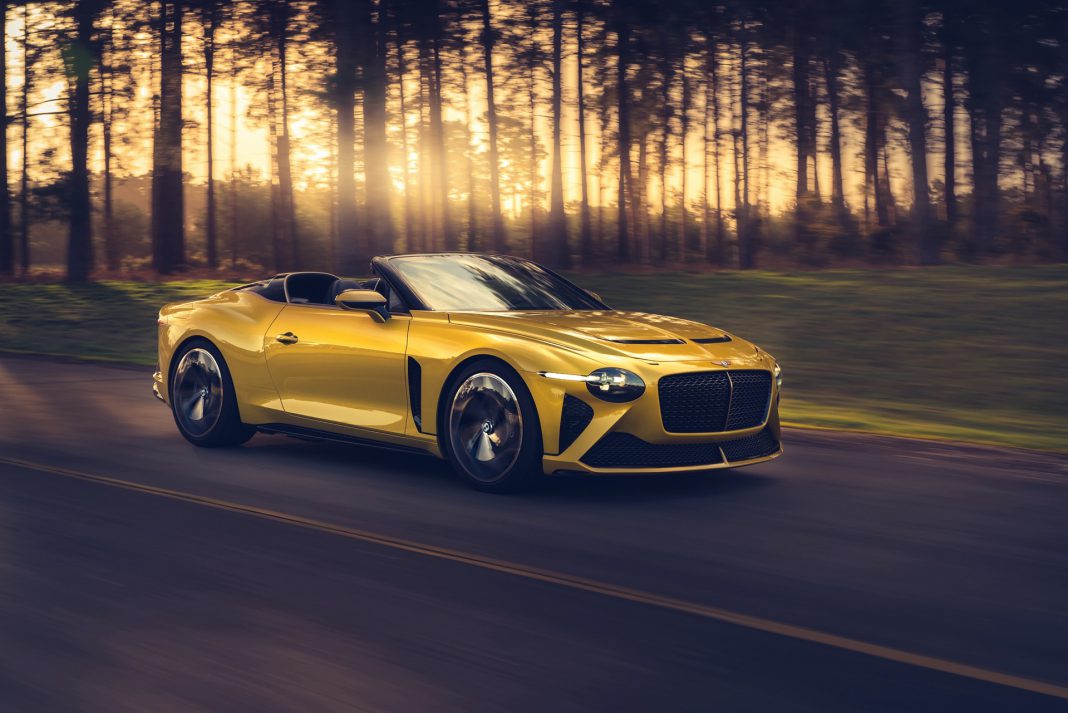 The Bentley Bacalar is the most exclusive and bespoke Bentley of the modern era. It was revealed today at Bentley’s headquarters in Crewe, England. It was due to be revealed in Geneva this morning, yet with the cancellation of the show, Bentley executives decided to launch the car electronically instead!

The release of the new model coincides with an announcement that Bentley will utilise Bentley Mulliner through a new three-portfolio future: Classic, Collections and Coachbuilt.

The Bacalar is the first model to join the Coachbuilt sector. It is named after a lake called Laguna Bacalar in Mexico’s Yucatan peninsula. The ‘Barchetta’ design “delivers the ultimate expression of open-top, driver-focused grand touring”. Top-down motoring sits at the heart of this two-seater. Just 12 individual Bacalar’s will be released. Each one is designed, engineered and handcrafted to individual customers’ individual tastes. If you want one, tough, they are all already allocated.

The design uses the DNA and sustainable materials debuted in the EXP 100 GT concept car, launched last summer to celebrate Bentley’s centenary. The materials include ethically-sourced materials such as rice husk ash paint and 5,000-year-old Riverwood.

The Bacalar is also the first model to be produced in the world’s first certified carbon neutral factory. Each customer will get a bespoke Schedoni luggage to fit the rear compartment.