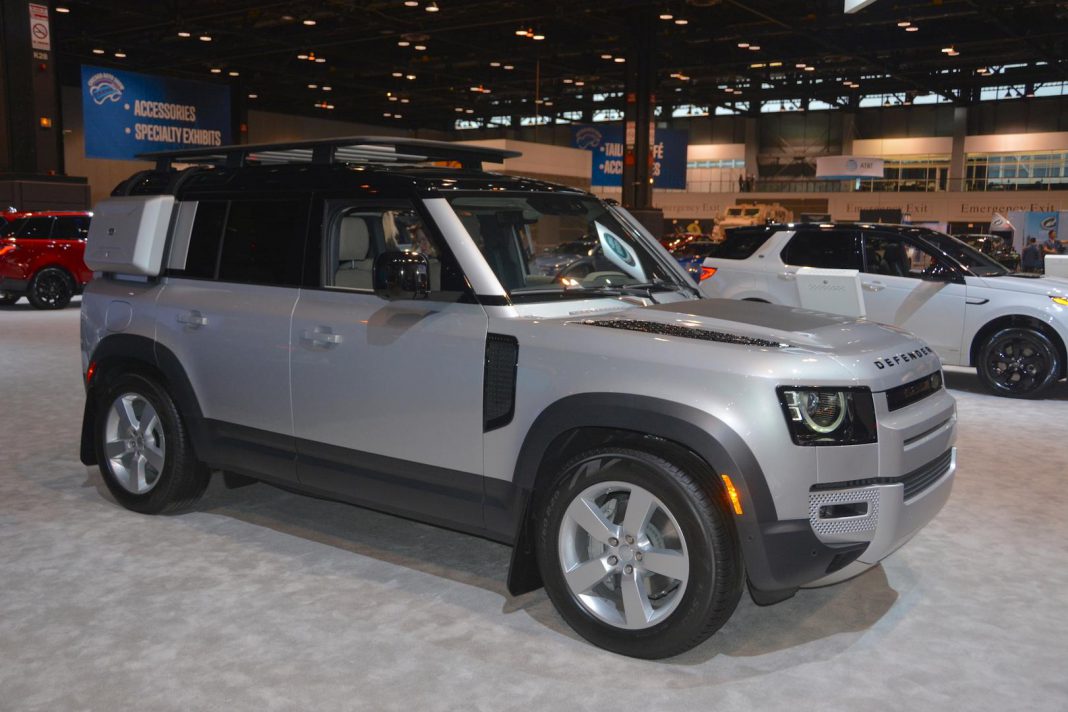 Chicago – After it’s debut at the Los Angeles Auto Show, Land Rover brought it’s new Defender 110 to Chicago. While the first live unveiling of the new Jaguar F-Type was the big news on the Jaguar-Land Rover stand, the big Defender also attracted quite a bit of attention.

Standing guard over the display, looking particularly stately in silver, the Defender 110 bore a striking but more modern resemblance to it’s predecessor. It was equipped with several Land Rover accessories such as an exterior side-mounted gear carrier, an expedition roof rack, and a deployable roof ladder mounted to the side of the truck.

The full-leather interior provided a pleasant interior and seemed like it’d be comfortable for both day-to-day usage as well as longer trips.

The Defender 110 promises to be as engaging as the older models. We’re hoping to get our hands on one soon for a review.