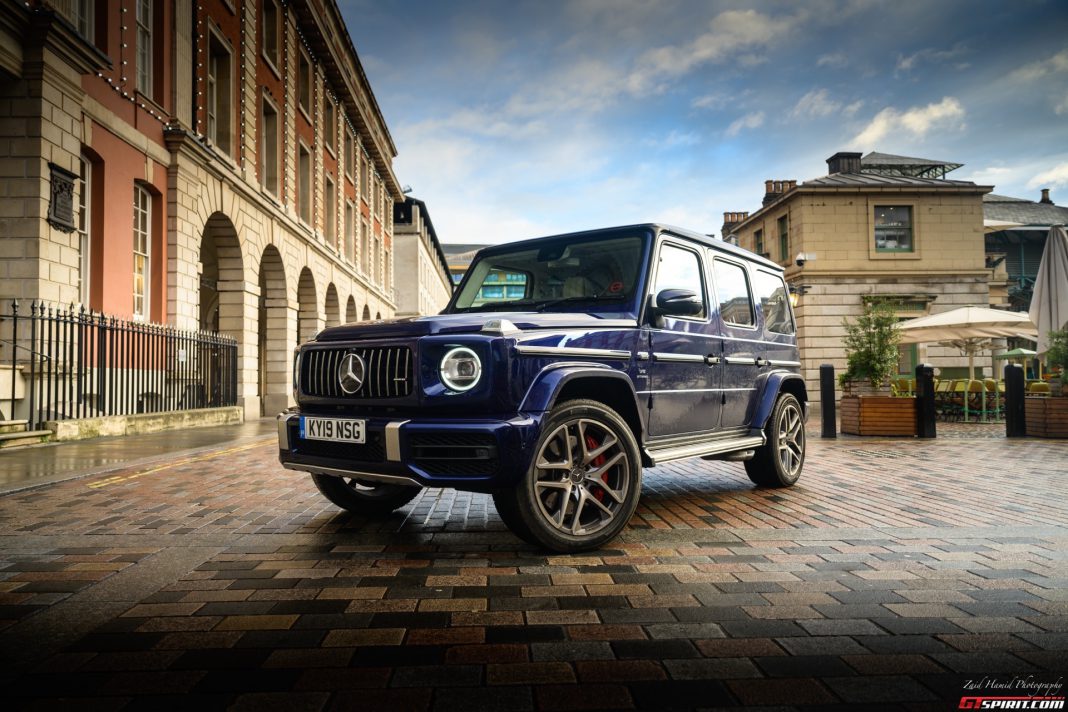 What do Britney Spears, Kylie Jenner, Sylvester Stallone, Bradley Cooper, Paris Hilton, Kim Kardashian and The Weeknd all have in common? Yes, they are all household names, but, they also all drive Mercedes-Benz G Wagons. The G was born back in 1979 and was an instant success. As I write this, Iran and the United States of Donald J Trump are locking horns and driving fuel prices through the roof. Thanks Iran, just what I needed to kick of my week with a G 63 AMG. In something of a coincidence, it was the Iranians that triggered the production of the G Class more than 40-years ago.

The Shah of Iran at the time suggested to the German manufacture that it would be interesting to see what a MB 4×4 would be like. Mercedes-Benz teamed up with Austrian military vehicle manufacturer, Steyr-Daimler-Puch, and started production of the “Geländewagen” (German for cross-country vehicle). This was not restricted to military use, but also civilian cruising.

The G Class was an instant hit, the price tag has always been as big as the boxy wheel arches and, as a result, the 4×4 has been an object of desire. The desire, price tag and power all grew to new levels in 1998 with the introduction of the Mercedes-Benz G 55 AMG, a V8 brute packing 358 horsepower. The foray into the AMG power for the G Class continued as the G 55 transitioned into the G 63. The on road handling continued to improve, but never to the detriment of the offroad capabilities. Every G Wagon model still has to pass the gruelling trail of conquering the Shöckl mountain in Austria.

As you would imagine, the G has been getting better with age, that being said, few generations have improved as much as the latest model that was updated in 2018. It won many awards including the GTspirit Car of The Year accolade. The engine is downsized to 4.0-litres but power and torque were significantly improved. Remarkably, the engineers were so confident in the improvements that they made to the chassis that they dropped a V8 closely related to that of the AMG GT R halo car into the 2.485 tonne brute. The power figure is identical, that’s right, 585 horsepower in a truck with a near vertical windscreen. Who said Germans don’t have a sense of humour? 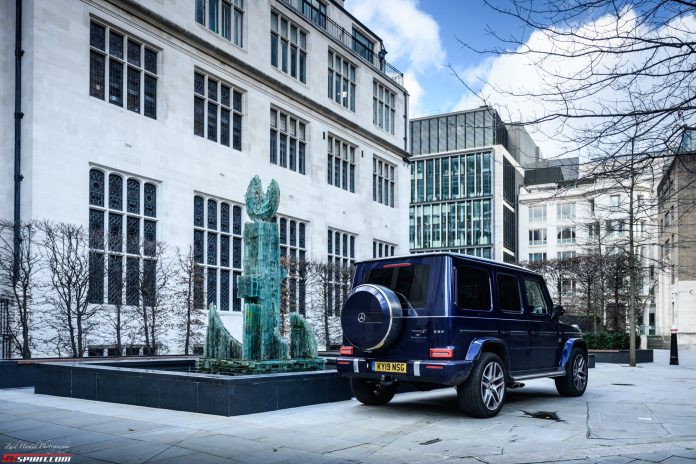 I had a week to understand the G 63 in a plethora of different environments. I lived with it through the traffic plagued City of London and spent a weekend in the country to explore the AMG side of the G.

In the city the G looks monumental. London is a city that is home to exceptional wealth, G wagons, particularly 63s, are a common sight. That does not detract from how much presence they have. Against architecture, old and new, it looks imposing and modern, yet still harks back to Gs of old. Enough posing, what’s the G 63 AMG like to drive? Having driven every variant of the current model and almost all of the precious generation, I feel I am well placed to comment on just how vast the improvements are. It’s difficult to overstate just how much more dynamic and willing the latest offering is in comparison to its predecessors. 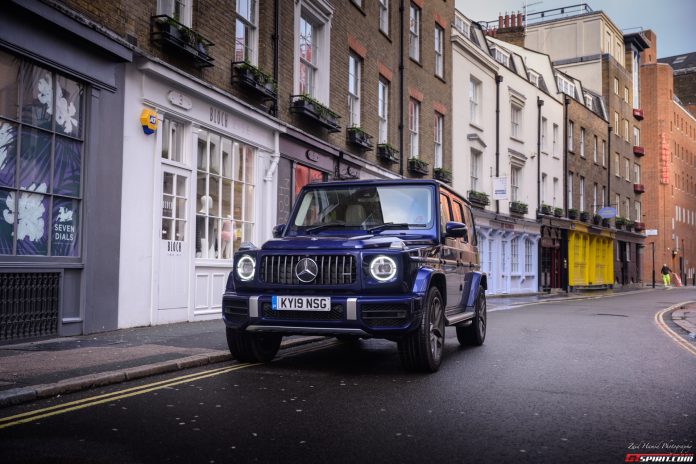 Having escaped the cities narrow streets and constricting speed limits at dawn, it was time to see what the G felt like when it could stretch its legs. Make no mistake, this is no Caterham or GT3 RS, the 63’s nose points to a sky under throttle like a cigarette racing boat with a sizeable bow wave. It leans in the corners, but the chassis can really handle the power. The steering is a revelation in comparison to the agricultural style system has been replaced by a modern, conventional rack and pinion and the difference could not be more significant. In conjunction with an independent suspension arrangement up front, there is a confidence that was absent in its predecessors that makes this an SUV that really can be driven enthusiastically. The trade-off is the suspension which is stiff, well engineered dampers take the edge off harsh bumps and holes, but it does not possess S Class rivalling levels of comfort.

In 63 guise, there is genuine speed mixed into the G Wagon recipe. The G 63 is a wonderful car, one that could be considered the ultimate all-rounder. I guarantee that any challengers will not be as iconic, capable in such a wide range of scenarios or cool to look at as the G 63. It is a living legend and one that laughs in the face of the endless new ‘SUVs’ that the markets are needlessly demanding. Don’t think about buying one, just do it. 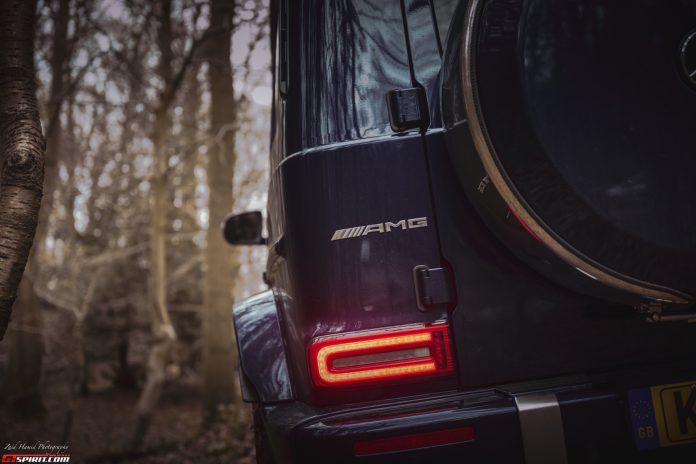