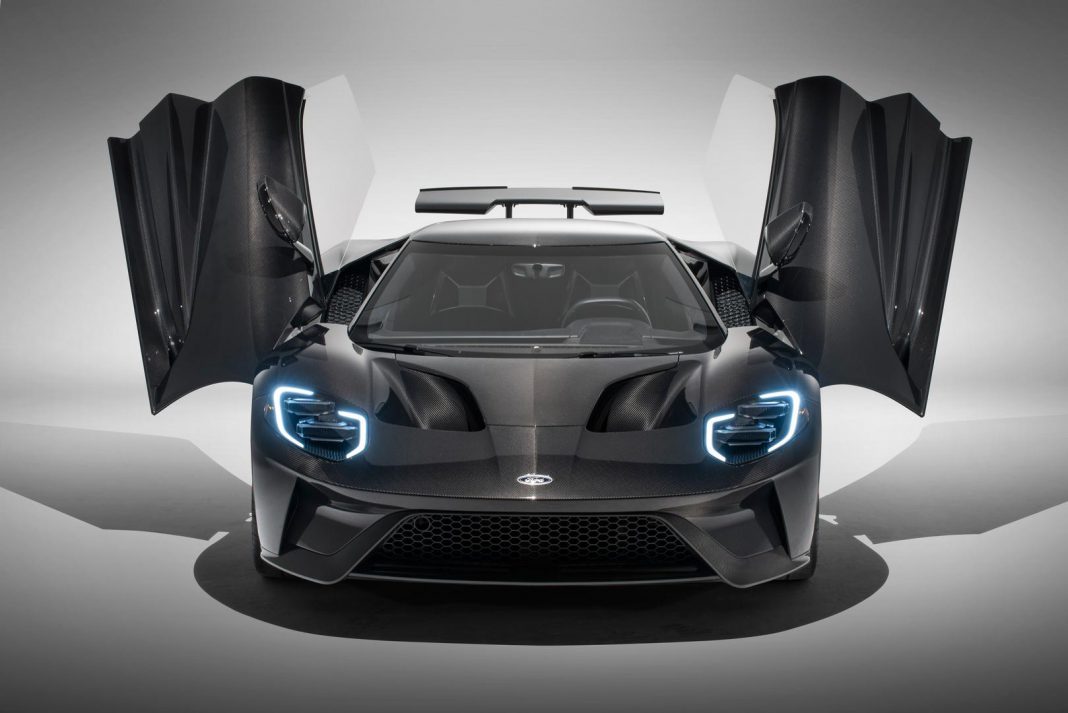 Chicago – Ford unveiled their upgraded 2020 GT at a special off-site presentation to kick off the 2020 Chicago Auto Show. Beneath the black sheet lay a stunning GT, with the body done in what Ford refers to as “Liquid Carbon.” It’s essentially a high-gloss, exposed carbon fiber body. With the GT already completely constructed from carbon fiber, leaving the paint off lets one observe the unique beauty and the natural weave of the carbon fiber cloth. It lends the GT a unique and stylish alternative to the painted body.

The new 2020 Ford GT benefits from several changes learned from the GT Mk II, which is the track-only version of the GT. It has larger ducting to feed 50% more cool air to the turbo intercoolers, allowing it to run at peak performance for longer periods, revised engine calibration, mechanical upgrades like gallery-cooled pistons and higher energy ignition coils, and Ford has also made the previously optional titanium Akropovic exhaust standard, reducing weight, increasing airflow, and providing a fantastic exhaust note. These changes serve to make an additional 13hp, raising the total to 660hp. More importantly though, it makes a broader torque curve to make that power more accessible throughout the rev range.

Ford didn’t stop at the engine though. Track mode now has increased suspension damping to improve handling and reduce unwanted body movement in high-speed transitions on the track.

The Liquid Carbon body will be limited to 12 units per year as it’s a very labor-intensive hand-built car.

The other finish available is a revised Gulf Racing livery, with black pinstriping between the blue and orange. This serves to set off the colors a little more. Unlike the earlier GT’s, which featured the “9” racing number in the white circles, the new GT will feature the other historical GT40 racing number of “6”. Also, carbon fiber wheels will now be available now on Gulf Heritage racing livery. 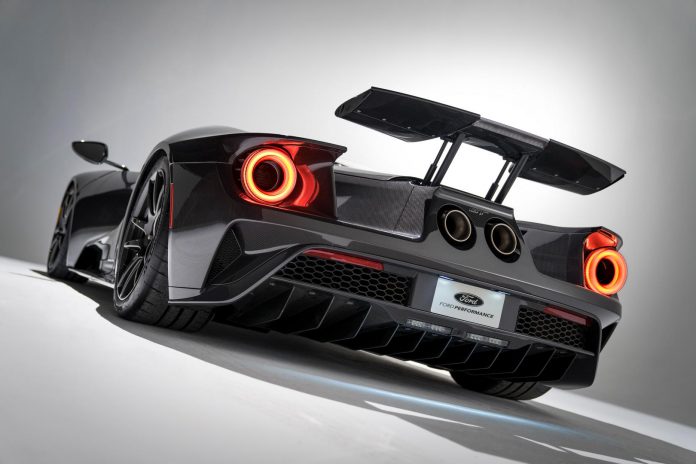 Production of the carbon supercar will wrap up in 2022.