The onslaught of electric cars continues with the release of Ford’s first all-electric model. A little late to the game, Ford has finally revealed its first EV, an SUV which uses the famous Mustang badging. The Ford Mustang Mach-E!

The Mustang Mach-E is Ford’s first departure from the two-door, rear-wheel-drive setup which made the name famous. Without a big V8, the Mustang’s links to the Coupe are tied only to its blistering performance! The Mustang Mach-E is distinctive. It uses a long, powerful hood, much like the Coupe. The rear arches are suitably bulging and the side panels, finished in black, narrow the body panels to create the illusion that the body is smaller than it is.

The headlights are long and thin, similar in style to the Coupe. The rear lights use a tri-bar setup which has become synonymous with the Mustang in recent years.

Overall, the silhouette is more Coupe than a full-size SUV. The shape is not boxy! One interesting element is the lack of conventional door handles. The Mach-E dispenses with convention, using buttons and small holds protruding from the front doors. For the fully digital experience, owners can use their smartphones as keys. The Ford Mustang Mach-E is powered by a completely new drivetrain. It is available in two versions, the standard-range with a 75.7 kWh lithium-ion battery, and the extended-range with a 98.8 kWh battery. It should achieve a respectable range of at least 300 miles in rear-wheel-drive configuration.

The standard model uses a single motor driving the rear wheels. It produces 255 hp or 282 hp in the extended-range version. The twin-motor model produces 255 hp in its lowest spec, 332 hp in its highest. The rear-wheel-drive models should hit 100 km/h in under 8 seconds while Ford are targetting a sub-7 second 100 km/h time in the twin-motor versions.

The batteries are fitted on the floor between the two axles, secured inside a waterproof battery case and surrounded by crash-absorption protection. It is slightly larger than the I-Pace, with weight stated to be between 1,993 kg to more than 2,218 kg.

The platform is all-new. Called Global Electrified 2, Ford has reworked the latest Focus and Kuga architecture. Ford will offer a Bang & Olufsen sound system. A panoramic fixed-glass roof is an option, with a special glass coating for enhanced infrared protection.

The Mustang Mach-E uses the latest version of Ford’s SYNC system. It operates through a massive 15.5-inch touchscreen which rivals Tesla for size. The dashboard is largely free of buttons with a narrow 10.2-inch digital cluster for the driver. If you know the market, the competition should be obvious by now! At the moment, Ford has Jaguar’s I-Pace, Audi’s E-Tron and the Mercedes EQC to compete with. Pretty soon though, electric SUV customers will be spoilt for choice.

We expect Tesla to launch a Model Y soon which will compete directly with the Mach-E. There is the unknown quantity of the Byton M-Byte too. Infiniti, Porsche and Rivian are also known to be interested in the segment.

As far as what’s available at the moment, the Jaguar I-Pace appears to be the closest competition. 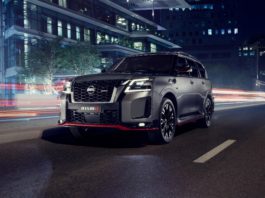