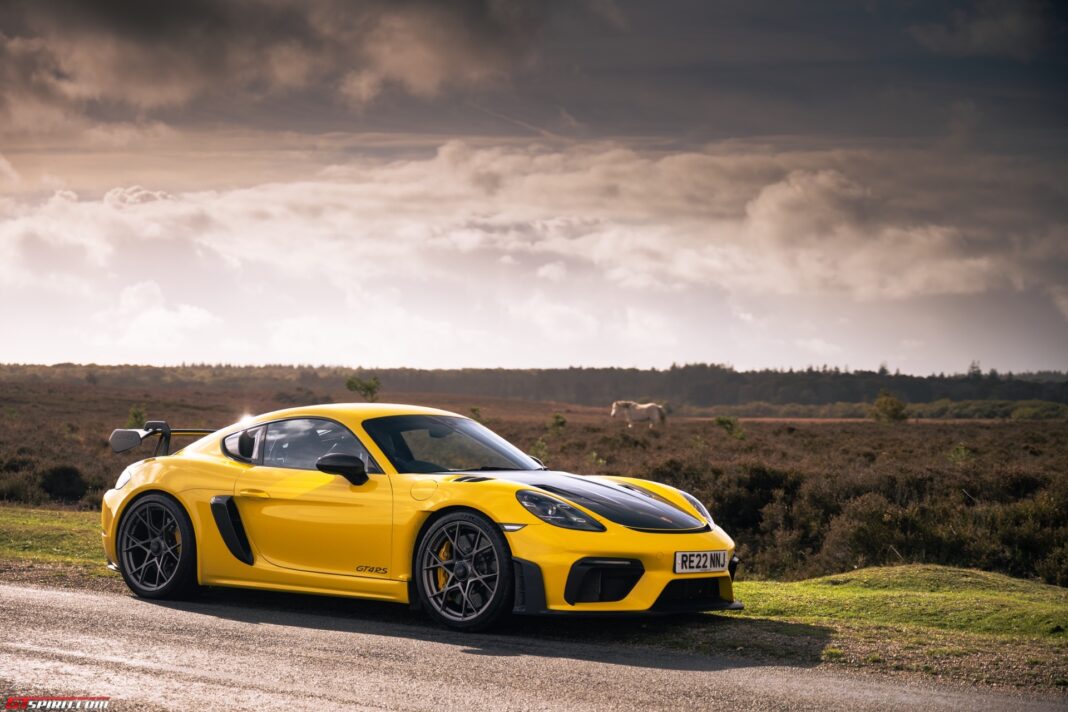 Yep, they’ve finally gone and done it, the 2023 Porsche 718 Cayman GT4 RS is the one we’ve ALL been waiting for. The magicians at Porsche’s GT department took the engine from the GT3, one of the greatest in production today, and managed to stick it in the middle of a Cayman. No longer must we try and imagine what this would feel like, I was lucky enough to spend a few days with what is one of the most desirable cars of 2022.

The Porsche 718 Cayman GT4 RS is powered by that naturally aspirated flat-six engine, which delivers a power output of 493bhp at the ear bleeding 9000 rpm that we’ve come to know and love in GT3s, maximum torque has been increased to 332lb. These are 10bhp and 15lb ft down on the GT3 as a result of the exhaust system having a longer, more complex path out of the back of the Cayman compared with the rear-engined 911. The notable difference in comparison to the 992 GT3 is the intake set-up. The Cayman now feeds the engine from both the left and right sides of the car as air is gulped in through intakes that have replace the rear side-glass of lesser Caymans. The sharp throttle response that is such a defining trait of the engine, which is shared also with the 992 GT3 Cup and 718 GT4 RS Clubsport, is as impressive as ever.

The numbers state fact, but cannot begin to convey just how significant a transformation the new engine has made. Much of that is down to the new and shortened gear set which was one of few drawbacks in other 718 models, they were far too long meaning that reaching the redline in any gear other than 1st without breaking the speed limit anywhere other than Germany, would be near impossible. In the Porsche 718 Cayman GT4 RS the acceleration in gear in tenacious as the gear-set and final drive have been lifted from the 991.2 GT3 RS, along with a number of bespoke parts.

What does it feel like on the road? In a word – monumental. First impressions are the ride is busy, but not intrusive, just purposeful. The steering is precise and beautifully weighted, as it is in most Porsches. The electronically assisted rack does a fantastic job of transmitting information through to the finger tips. It’s no McLaren to Lotus, but is with those exceptions. Then we get to the first motorway slip-road. Time to feel that drivetrain stretched to the redline. It revs so hard and fast in second, the shortened ratios add a level of intensity to this magnificent engine. 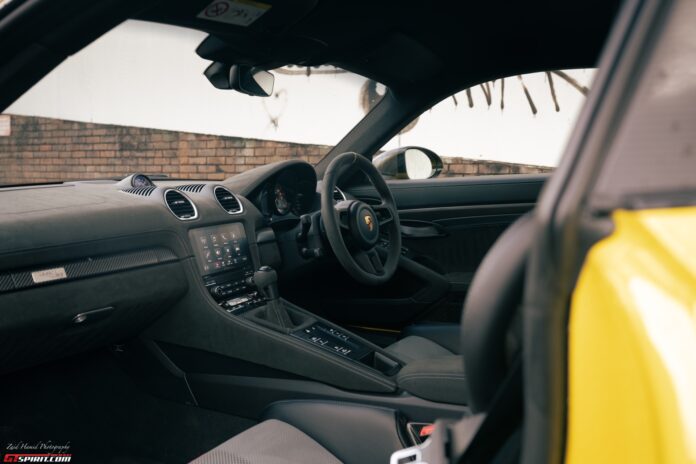 The noise in here is like nothing I’ve never experienced. From 4,000 there is a gruff tone that begins to transform into that howl that we know and love from this engine, but with a sharper, serrated edge. Get to 8,750 and hang onto 9,000, if you dare. At this point the cabin is filled with a noise that must be felt and heard to be understood. That’s when your foot is flat, but the engine is interesting, intriguing and intense at any revs, something that cannot be said for the standard GT4/GTS six-cylinders. The way the intakes react to even the slightest change in input is marvellous. At full put there is a full on gasping for air as the engine fills its lung, but those six throttle bodies open from no throttle as gradually as you depress your right foot. There is a sucking and whooshing that is fascinating. You do play it like an instrument.

The gearshifts are unbelievably fast, the speed at which tachometer needle moves from 9,000 back down for the next shift is jaw-dropping. A manual would have been sublime, but this PDK is so fast, slick and well engineered that you would never be disappointed, Porsche insists that they would not have been able to squeeze a manual into the 718 with the GT3 engine. Cars such as the GT4 RS are designed to be experiences, not necessarily to be the fastest or most focused, but ones that bring joy. The noise and those wild intakes, alone, tick the fun box.

Then there’s the rest of the car. This is a 718 Cayman and a 718 Cayman has one of the most capable and well sorted chassis on sale today, as any variant. In the RS with its PASM damping mastery, the car feels so comfortable and composed cornering at silly speeds. The limiting factor on the days I was behind the wheel, the Michelin Cup 2s that did not enjoy the damp conditions, a shame, but this could simply be remedied with less aggressive rubber or avoiding a drive in the horrible British autumn. That being said, it was still great fun to play tunes with the engine and see if I would go deaf or grow tired of the barks, howls and shrieks of THAT engine. I did not.

The interior is as well put together, simple and racy as any other Clubsport/Weissach equipped Porsche GT product as of late and really does feel the part. A brilliant place to be and with a driving position that is spot on for such a car.

To conclude, this is one of a handful of cars that really can live up to the hype. Every element is executed to perfection and there are levels of enjoyment and excitement that are rare to find in a world of regulations and laws in which the GT4 RS has been conceived. The biggest downside is the inability to get your hands on one, even if you did have the £108,851 for the base car. 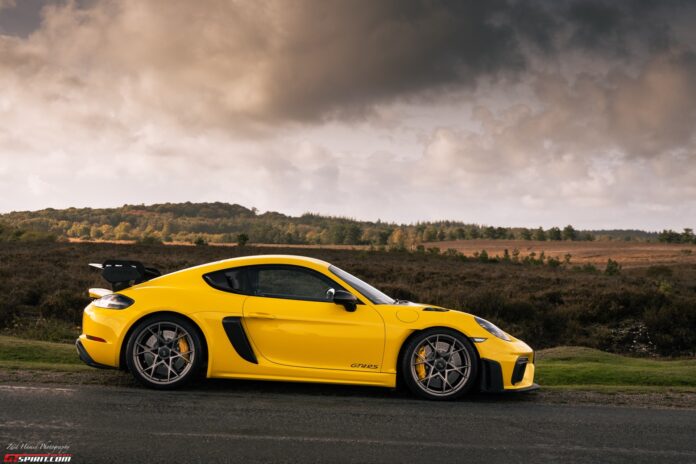