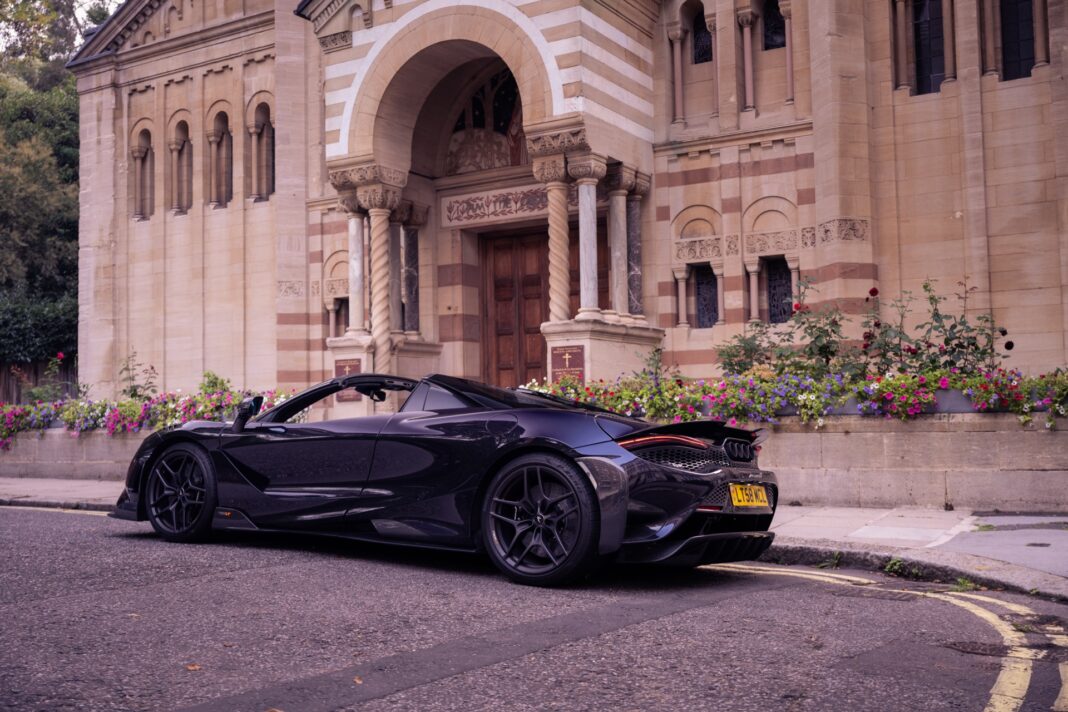 You know the formula by now, it is no surprise that McLaren have built the 2022 McLaren 765LT Spider, that’s not to say it is not a tremendously exciting supercar. Base car, Spider, LT and, finally, LT Spider, the tried and tested range of variants in the Super Series means the the best is often saved until last, and the McLaren 765LT Spider is right up there with the very best to leave the factory gates in Woking.

I’ve already driven the coupé with the full on Senna one piece carbon buckets seats, harnesses and a HANS device at Silverstone for the full on, other dimensional 765LT experience, but that is only one end of the spectrum. The 765LT Spider is a car that should take itself a little less seriously, knock the intensity down a notch, or two. But no, this it does not. The 765LT is as unhinged, stiff and batshit mental as its coupé sibling. Retracting the roof simply adds to the experience with the ever more smudged scenery and defending cracks and bangs from the exhaust given the added exposure to the elements. Even with the roof up and rear window down (which cannot be done in the Coupé), there is already an added layer of interaction.

Most will be quick to highlight that modern supercars are far beyond the realms of being usable on the road, to the point that you cannot even scratch at the surface of their full potential. For the past few years we have been experiencing a horsepower arms race, hybrid supercars, such as the Ferrari SF90, are as powerful as hypercars, such as the Bugatti Veyron used to be. Hot hatches are as powerful as supercars of old. It is more important now, more than ever, that supercars have discernible character and personality to give drivers any joy at everyday road speeds, this is where the 765LT Spider makes a case for being one of the most entertaining supercars, not only on track, but on the road too.

The 765LT Spider weighs a touch more than the coupé, but its twin-turbo 4.0-litre V8 still produces enough power and torque to fire it to 62mph (100km/h) in just 2.7 seconds and on to 124mph (200km/h) in a mind bending 7.2 seconds. This is courtesy of its 4.0-litre twin-turbo V8 that punches out 755 bhp and 800Nm of torque, it feels as fast as the numbers would suggest. That power is transferred to the rear wheels, which are shod in Pirelli P Zero Corsas or optional Pirelli Trofeo Rs which are firmly best suited to bone dry conditions, via a Seven-speed dual-clutch auto that is one of the best and most dramatic in the business. The steering remains uncorrupted, hydraulic and class leading in an age where other manufacturers are satisfied with electronically assisted racks that cannot hold a candle to the McLaren.

Combine the steering feel, the beautifully weighted brake pedal and terrific gear changes with the ferocious engine, with a little lag lowdown to add to the drama, and you have one of the most involving and intoxicating supercars on sale. The whole package feels light and alive beneath you, and that’s because it is. Even with the electric motors and the other gubbins required for the roof mechanism, the 2022 McLaren 765LT Spider can be specced to weigh as little as just 1,278 kilograms, wet and as there is a carbon tub, all the buzz and fizz of the V8 are transmitted through your body, bad for NVH, brilliant at making you feel at one with the car.

Yes, the infotainment is far too old, but who cares when you feel this excited gripping the wheel throwing the sensational chassis into bends and feeling the tyres wrestle the torque and power coming out of an apex before pulling for an upshift at 7,500 and hearing fuel explode out of those mid-mounted quad pipes. This is what a supercar should feel like. Even at £310,500, this feels like brilliant bang for buck, it’s no surprise it only took a few seconds for all 765 to be sold out following their announcement. 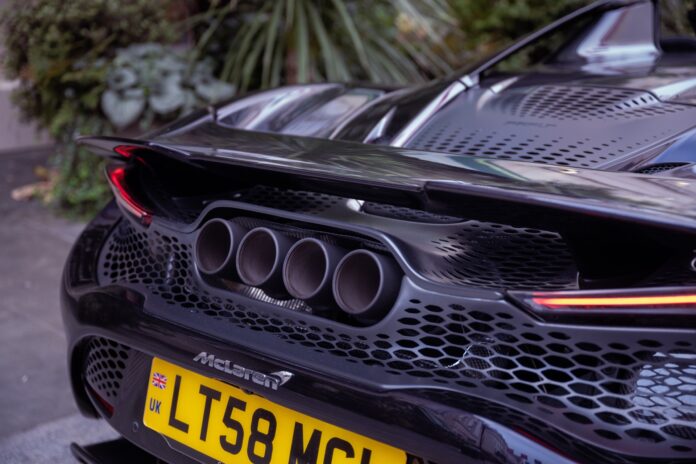