We live in weird times. SUVs were born as luxury cars that could casually saunter through snow, over sand and pull up outside the school gates, all in one morning. Today, SUVs are designed as status symbols that are used for few things more strenuous as the odd airport run stuffed with Rimowas or a boot full of Swedish flatpack furniture, few SUVs on the market are expected to have locking differentials or knobbly tyres. Today we expect SUVs to outrun supercars, not wade through boggy marshes or effortlessly crawl rocks.

In my mind, Lamborghini were to first to create an SUV that was designed to provide super car thrills whilst still claiming to have the ability wade through puddles or not be bogged down in a marsh. Yes, you could argue the Mercedes-AMG G 63 had been doing this for decades, but the URUS took things to a different level setting lap times at places like the infamous Nürburgring. It maintained the lap record until June 2021 when Porsche claimed a new world record for an SUV at the Nurburgring when test driver Lars Kern set a lap time of 7:38.925 minutes on the 20.832 kilometres track section. At the time, Porsche only said it was a “high performance” Cayenne model, they then revealed the full name – The 2022 Porsche Cayenne Turbo GT.

The last two letter of the new model name raised eyebrows. GT cars are lightened, stiffened track refugees that demand to be driven hard by drivers that seek to explore the limits of a cars abilities on testing road or circuits… could an SUV ever be worthy of such a badge?

Under the hood is the familiar 4.0L V8 twin-turbo engine which has been heavily revised to allow the extraction of more power. Modifications were carried out on the crankshaft drive, pistons, turbocharger, direct fuel injection, induction system and the intercooler. The power output is now rated at 640hp and 850nm of torque, the sprint from 0-100km/h is even quicker with a time of only 3.3 seconds, whilst the top speed has been increased to 300km/h. 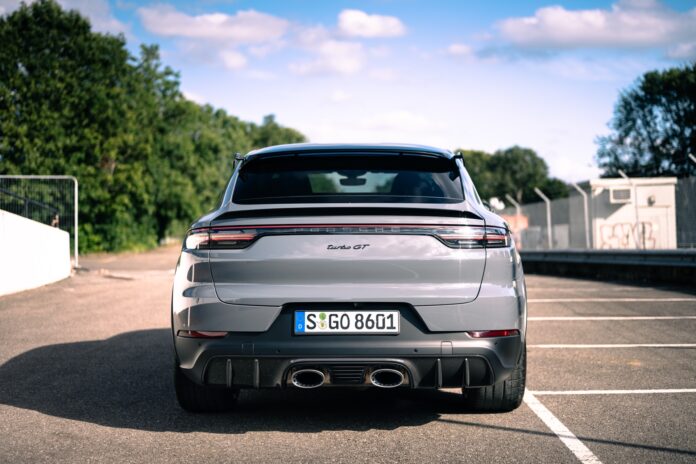 The 8-speed Tiptronic S gearbox has also received major changes to allow for faster shifts alongside the Porsche Traction Management (PTM) system. Suspension tuning was heavily worked on as well, bringing changes to the handling and performance. The new Cayenne Turbo GT rides 17mm lower than the regular Cayenne Turbo and the rigidity of the three-chamber air suspension has been improved by 15%.

What does this feel like on the road? Sensational, physics defying, all-in-all, mighty impressive. Stick it in Sport+, soften the dampers and feel the four-wheel-drive system shuffle around the hefty torque and power through the massive Pirelli Corsas that are wrapped around the 22 inch wheels. When throwing the car around, you can feel the 2.2-tonnes move around you, but the suspension and damping are so sublime that the roll is kept to a minimum and the ride is compliant thanks to Porsche Active Stability Management (PASM) and Porsche Dynamic Chassis Control (PDCC) adaptive roll compensation system.

Furthermore, there is Power steering Plus that works in tandem with the rear axle steering and Porsche Torque Vectoring Plus (PTV Plus) to give the Cayenne Turbo GT levels of agility and cornering dynamics that should never be achievable in a vehicle of this size. It brings a smile to your face, this really is an SUV was a sense of humour.

The engine serves a wave of torque that makes the 2022 Porsche Cayenne Turbo GT a fabulous long distance cruiser, but it comes alive and pulls tremendously hard when chasing the 6,800rpm redline. The engine, chassis and tuning give the Cayenne a brutish character, the interior balances this is style with lashing of carbon fibre, swathes of alcantara and a host of gold stitching and highlights that add a little visual oomph.

In summary, the 2022 Porsche Cayenne Turbo GT takes the ‘standard’ Turbo and adds a dose of athleticism that makes this one of the most potent and capable SUVs ever, but also one that charms and impresses anyone that jumps behind the wheel. As ever, the engineers at Porsche have worked their magic, once again. 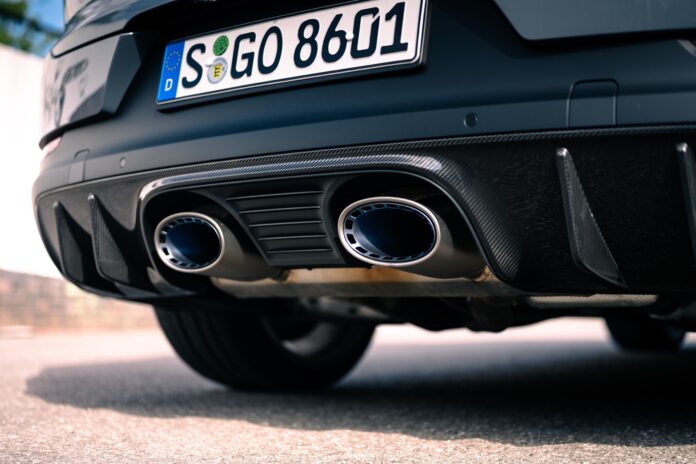