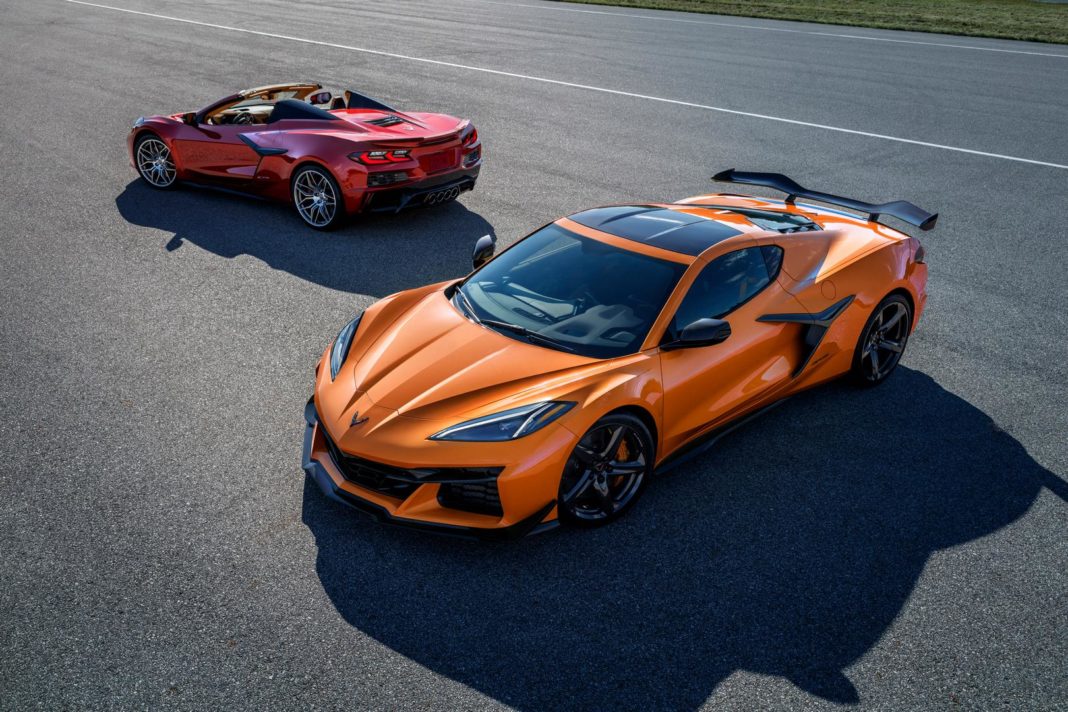 It’s here, the all American supercar for the masses with a price that rivals anything that wears the supercar title out there. This is the 2023 Corvette Z06 and it has the most powerful naturally aspirated engine ever put in a production car. The price starts from $97,000 before options, average specs will see the price jump to around $115k. The regular Corvette C8 Stingray has a start price of $62,000.

The 2023 Corvette C8 Z06 is powered by a naturally aspirated 5.5L LT6 V8 producing 670hp and 623nm of troque, the most powerful production car engine of its kind. It is heavily based on the C8.R racecar to a point where developers internally recognized the C8.R as a Z06. The mid-engine layout has given room to a myriad of opportunities including weight saving and specific chassis tuning.

Designwise the Z06 wears a wider stance than the regular C8 model, with massive 345-series tires at the rear that forced the engineers to roll the fenders in order to fit them. Cooling channels are incorporated at the front, directing the air to a center heat exchanger. Massive 6 pot brembo brakes have been utilized at the front where they enjoy comfortable clearing thanks to the 20-inch wheels (F) and 21″ wheels (R). Carbon fiber wheels are very popular at the moment, Ferrari has them as optional extras on their current models, Chevy wants you to have that option too. The Z06 comes with forged aluminum spider wheels as standard.

An 8 speed DCT sends the huge amounts of power to the rear of the car, enabling split second shifts up and down. This is particularly helpful at the track where the Z06 is tailored to excel. When paired with the Z07 package, the Z06 will produce a staggering 734 pounds of downforce at 186 mph which is more than any other Corvette in history.

If you haven’t heard what the new Z06 sounds like, refer to our earlier article, it’s a very familiar sound which Ferrari perfected with some of their past V8s. Normally, an American V8 is known for deep rumble like sound, the Z06 has altered the pattern by adopting a flat plane crankshaft design (degrees unknown to us for now) which delivers a high pitched V8 sound in a very exotic manner. That and the quick shifting 8-speed DCT makes the new Z06 offer unrivaled experience especially given the price tag. European supercars with the same offerings will normally go for over $200k.

What makes the Z06 standout even more is the lack of exhaust filters, it sounds just as great even on the factory exhaust setup. It’s taking us back to the supercars of the late 2000s and early 2010s before emissions became a hot topic.