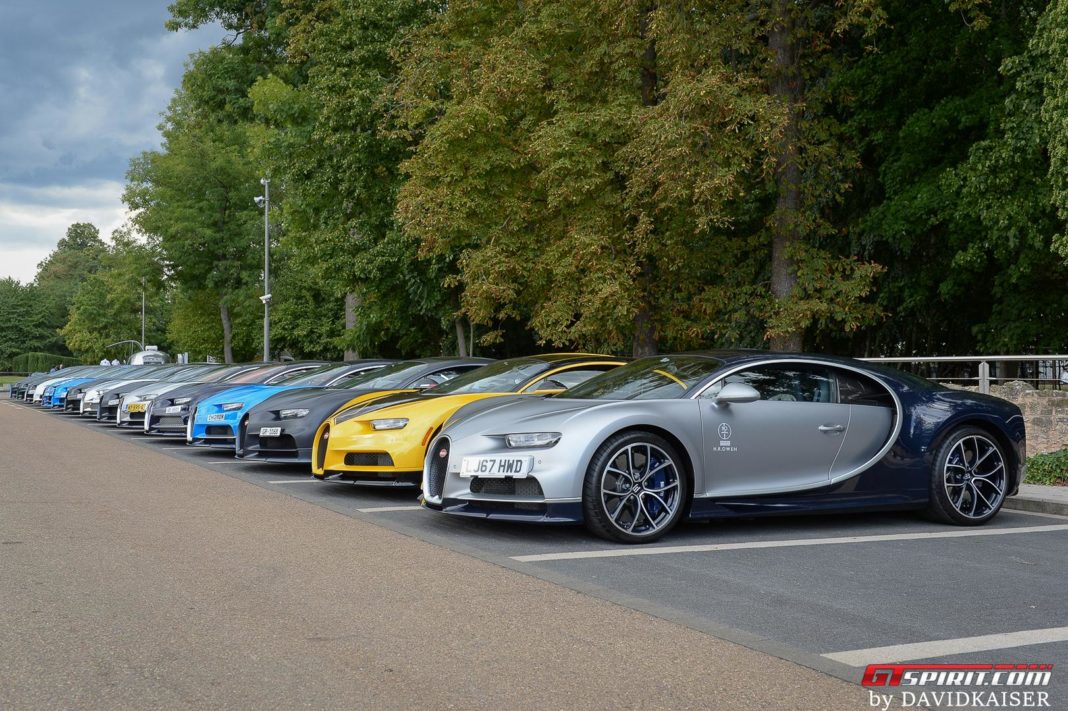 September is a special month for Bugatti; every September 15th the town of Molsheim in France is celebrates Ettore Bugatti, the founder of the company 112 years ago. This year marks his 140th birthday. In this flashback feature, we take a look at the 2019 festivities from Bugatti’s 110th Anniversary Tour Finish-line and Grand Fête that were held at the company’s HQs. 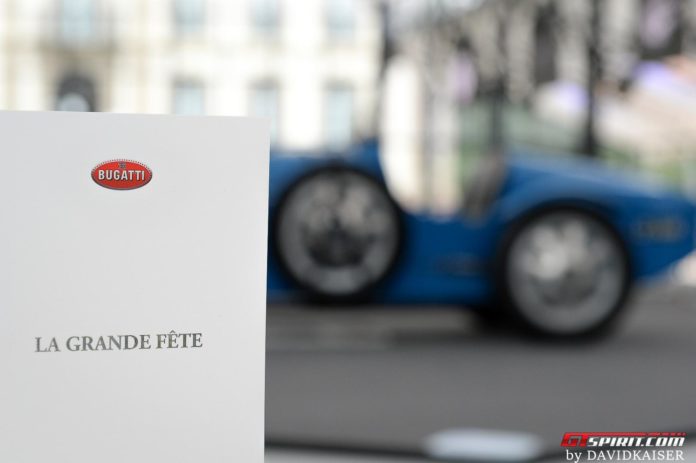 Back in September 2019 the 110th Anniversary tour started in Milan with around 20 cars driving towards Montecarlo – Aix-en-Provence – Beaune – Paris before ending up at the factory in Molsheim. Additional Bugatti owners joined in for the 2-day tour and the parking lot was probably the biggest gathering of Bugatti cars ever seen. 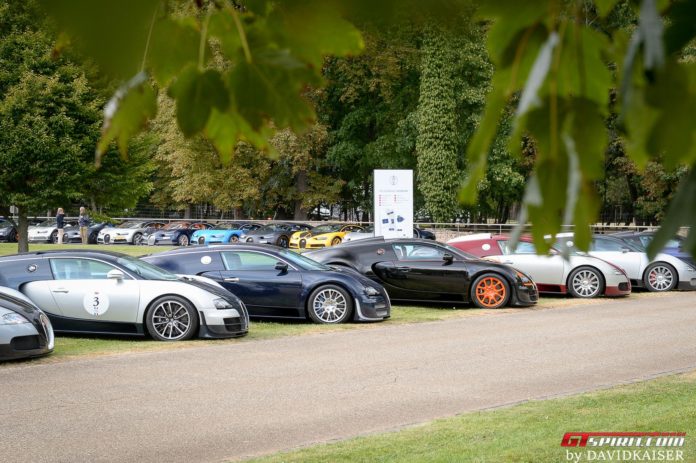 Enjoy the stunning lineup which I captured below.

After a warm welcome at the entrance and the parade of precisely lined-up Chirons, the guests were able to explore nearly one hundred cars from different epochs. One focus of the festive exhibition in the park around the Château as well as the North Remise and the South Remise were the Bugatti world record vehicles including the historic Bugatti Type 35 – the most successful racing car of all time. There were several EB110s to be seen too. 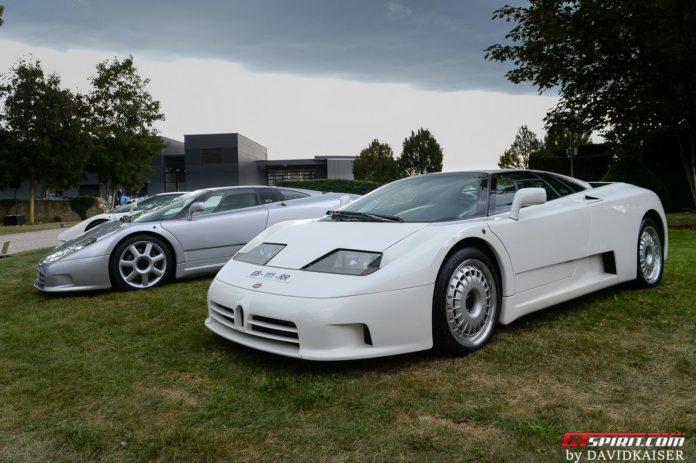 The record cars on display included the EB110 SS Ice Speed Record, the record-breaking Veyron Super Sport from 2010 and the Veyron Vitesse WRC. In 2013, this Roadster set a new world speed record for open-top series-production sports cars with a speed of 408.84 km/h. 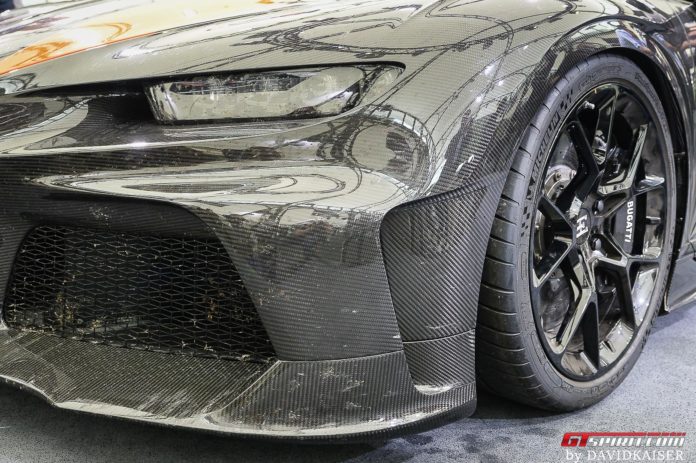 I especially liked the fact that the car was untouched since the record run, dirty and full of smashed bugs. Stephan Winkelmann and Andy Wallace gave me a preview of the hidden record car, which was later shown on stage.

Earlier that day I had met Andy Wallace in one of the historic buildings, next to the famous Type 35 C and he spent an hour telling stories about his racing career and technical details behind breaking speed records. Tires were always a big concern, and they experimented with temperature sensors and so on. I’m still very grateful for this fascinating insight – Thank You Sir! 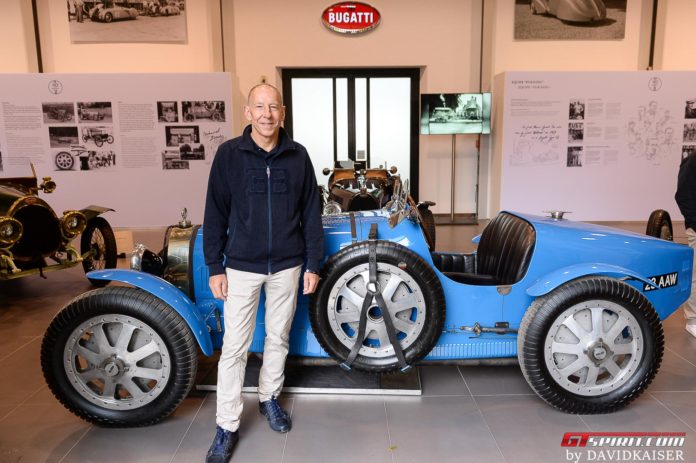 The stunning exhibition continued with a selection of rare historic Bugatti cars, some provided by the famous Schlumpf Collection – the largest Bugatti collection in the world, along with several private lenders including a Type 30 Torpedo, a Type 40 Roadster, a Type 46 Surprofilé, a Type 57 Galibier, a Type 57 S Corsica and the famous Type 35 racing car.

The second focus was on coachbuilding. The English word “coach” refers to a carriage or a car, and coachbuilding is equivalent to haute couture in the fashion sector: it is about creating unique specimens. The invited guests on Saturday afternoon and the general public on Sunday were able to see modern creations like the Bugatti Divo, La Voiture Noire, Centodieci (European premiere) as well as prototypes from Bugatti’s long history such as the EB110, the two Veyron pre-series vehicles 5.0 and Veyron 5.5, the concept studies Veyron 18.4, Chiron 18.3 and the Vision GT.

Most of the factory buildings were accessible, from the Atelier to the assembly area, the car configuration lounge and the final inspection zone in the shop floor. The last photo gallery further below takes the reader on a virtual tour! 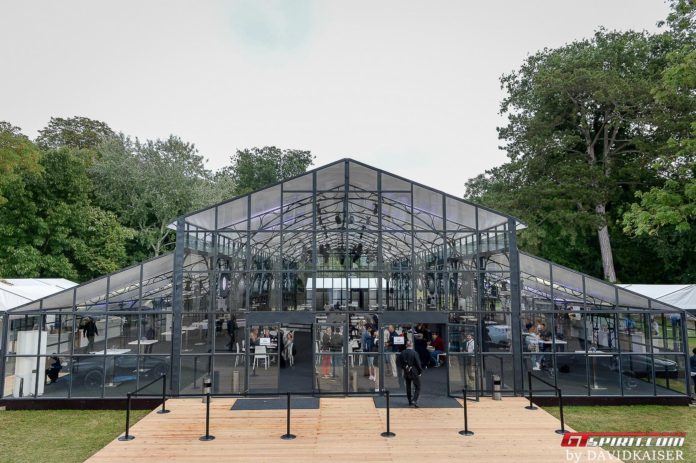 For the 110th Anniversary weekend, different temporary tents (well, more like elegant glass buildings) were installed on the lawn. The hospitality area was further packed with surprises like the Bugatti Baby II prototype which is a 75% scale replica of the Type 35 of which 500 units will be produced. Did I mention that the scale car comes with up to 10kW electric engine? 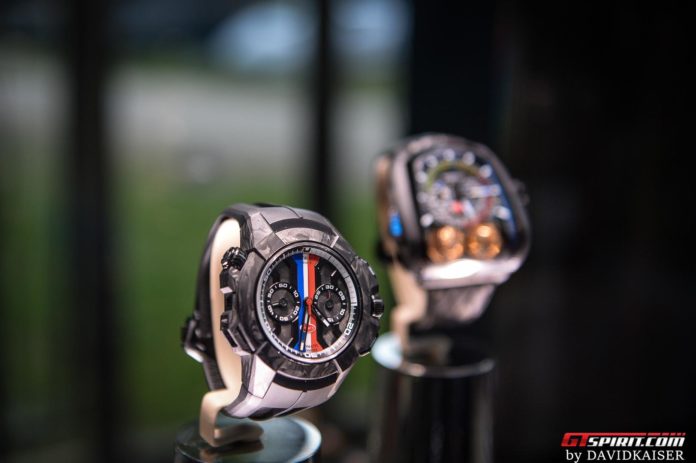 Definitely a weekend to remember and I raise my glass of Champagne Carbon to express my congratulations to 110 and counting years of preserving the Bugatti Legacy. 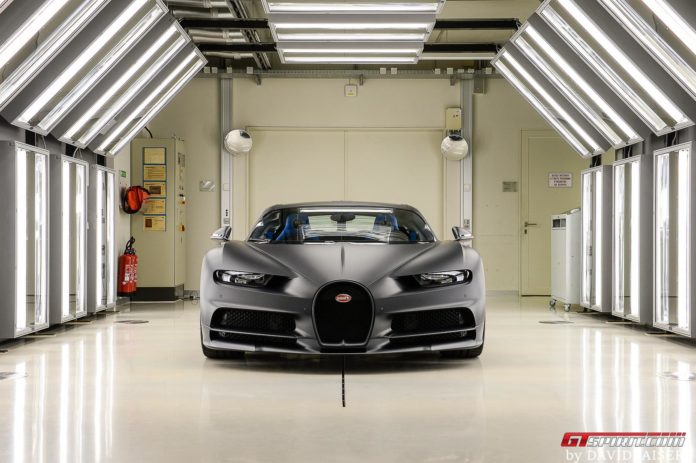 Photos by David Kaiser and @aaronandcars for the EB110 Prototype