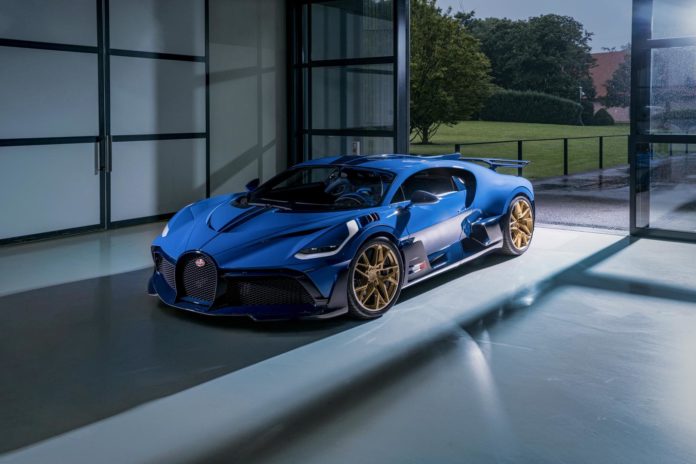 The 40th Bugatti Divo has finally been delivered, a lucky customer in Europe who waited patiently for 3 years will now add a Divo to his collection. Only 40 of these masterpieces were made and they were only offered to pre-existing Chiron owners. At the time of its debut in 2018, the Divo was the most expensive Bugatti with a price tag of 5 million euros.

All 40 Bugatti Divos are unique with each carrying a 1 of 1 configuration, for this last piece the owner opted for a Bright EB 110 LM Blue over Dark Blue carbon interior and matte gold metallic wheels. No other Divo has been completed in this combination. The exterior resembles that of Bugatti’s Le Mans factory race car, more historic colors can be found on the inside including French Racing Blue and Deep Blue.

Unlike the Chiron which is aimed at reaching high top speeds, the Divo takes a different approach both in design and functionality. This approach focuses more on handling than top speed, and for that reason the chassis and suspension tuning leans towards agility and cornering dynamics. The 8.0L quad turbocharged W12 engine produces 1500hp and will propel the Divo to a top speed of 380km/h.

The Divo is named after French racing driver Albert Divo who won numerous races for Bugatti over a 20-year period.