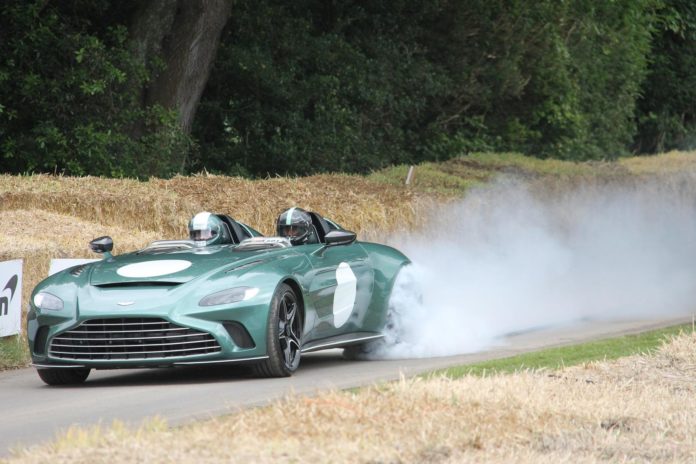 Goodwood Festival of Speed 2021 has come and gone, to say it was a success would be an understatement. Not only did it mark the comeback of global motoring festivals since C-19 struck, but it did give people an opportunity to finally enjoy a much needed break in the presence of good cars.

This year’s event spiced up things by introducing new formats and reworking old formats to make things more interesting. Despite some showers of rain in the early mornings, the action only got better and flocks of people only got bigger.

Driftkhana was a new category introduced this year, allowing the now popular drift cars to have a proper competition just like the timed shootout. Clouds of smoke and the smell of burned rubber filled the air as heavily modified drift cars made their way up the hill, swinging tails and brushing hay past tight corners. The likes of James Dean in his 2JZ powered BMW E92 M3 became an instant crowd favorite.

Vintage and modern sport bikes gave a proper spectacle for 2 wheels lovers, showing a rich history of the companies that forged motorcycle racing as we know it today.

Formula 1 cars from the past and present were not left out, revealing the change in harmonics from the engines that have vastly changed over the years. Everyone was treated to a personal taste, and the F1 paddock was open for all to visit and take some snaps with their favorite challengers.

Lotus was the main host this year, and they did so with so much panache. The Emira is their latest product, a mid-engined sports car powered by a 3.5L supercharged V6 engine or a 4 cylinder AMG engine. It will be the last petrol powered Lotus car as the company transitions to electric cars. That said, they had the most powerful car at Goodwood this year, the 2000hp full electric Lotus Evija!

Action was not just constrained to the hill, a variety of other cars were on display at other locations on the estate. The forest rally stage is a must see for those who love rallying, every rally car ever made was present…including a Peugeot 504 pickup from the East African Classic Safari Rally. Group A, B, N and even one of rally cars were present at large.

the FOS Future Lab provided a glimpse into the future of cars, technology and even medicine. Air display is a key part of FOS and this year was no different. In fact, the FOS organizers had better camera angles that allowed spectators to enjoy the air show in a more exciting way. The camera angles were also enhanced during the hill climb sessions, with the introduction of aerial views up the hill.

The galleries below include some of the cars from this year’s FOS, we can’t wait to go back next year!