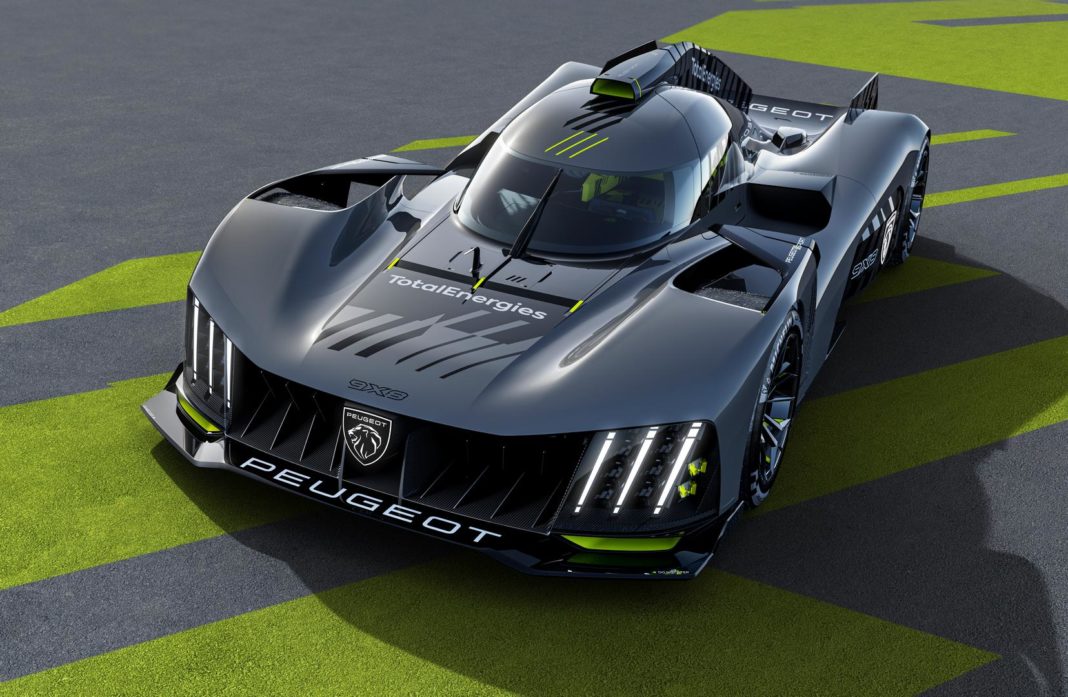 Peugeot has officially unveiled their new hypercar challenger Peugeot 9X8, the model is expected to make its debut in the FIA World Endurance Championship in 2022 (FIA WEC).

The new Peugeot 9X8 is powered by a hybrid power unit with all-wheel-drive transmission, the hyper-efficient prototype fits the Neo-performance strategy of the Peugeot and is a brand-driven project for the French car maker. It combines premium sporting with styling excellence as well as efficiency and technology.

The exterior of the new 9X8 prototype features front and rear lighting signatures in the form of three claw-like strokes, lion’s head logo at the front and sides of the car in backlit form, wing vents and Selenium Grey and contrasting Kryptonite acid green/yellow highlights of the body and the interior.

In addition, the interior features a combination of Peugeot color scheme and i-cockpit styling signature for a unique appearance and feel.

The absence of the rear wing on the 9×8 prototype is an innovative step from Peugeot engineering team, the absence of the rear spoiler provides a freedom to design a sleek silhouette, maximises the potential of the Le Mans Supercar regulations and the model is still able to easily achieve a high degree of aerodynamic efficiency.

The rear part of the vehicle is mounted with a 2.6L bi-turbo, 90-degree V6 internal-combustion engine with an output of 680hp whereas the front-mounted features a 200kW motor-generator unit, seven-speed sequential gearbox and a high-voltage (900 volts) and high-density battery.