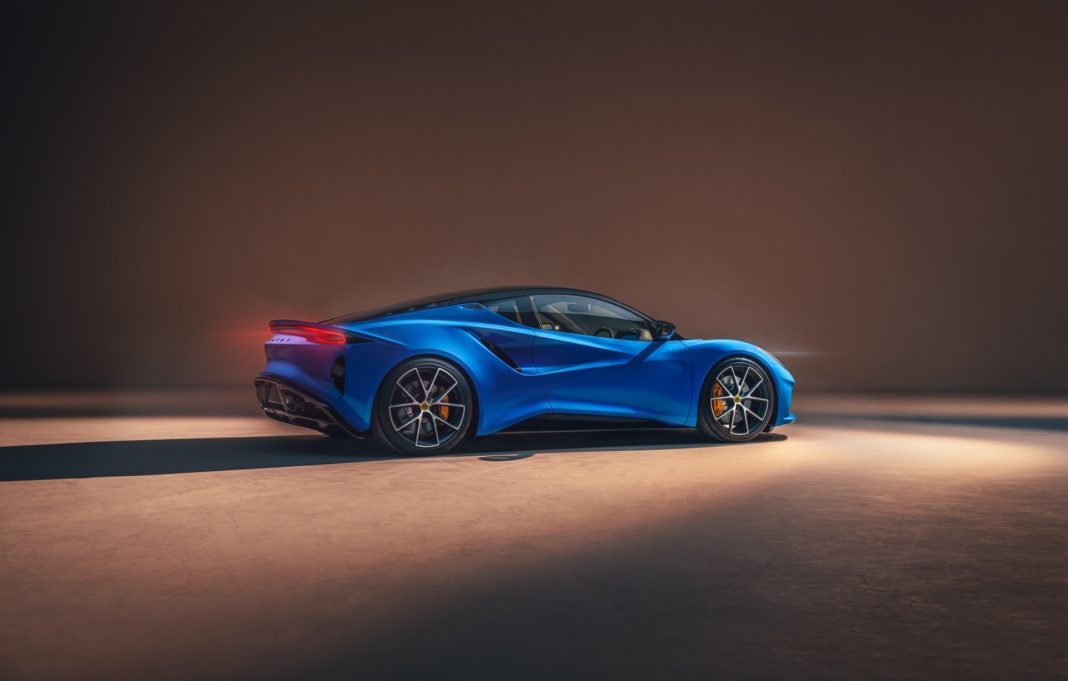 Yesterday, Lotus took the covers off the brand new Lotus Emira. A mid-engined sportswear, the Emira builds upon Lotus’ highly successful Elise, Exige and Evora ranges, offering the glamour of a supercar at the price point of a sportscar.

Lotus believe that the Lotus Emira will be its final non-electrified car. It arrives with a choice of engines. The first is AMG’s turbocharged 2.0-litre four-cylinder inline 4. The second is the 3.5-litre supercharged Toyota V6, familiar to Exige and Evora customers already.

Those power units sit within a new lightweight bonded aluminium chassis. Lotus uses double-wishbone suspension all round and retains hydraulic steering. The chassis allows for a standard ‘Tour’ setting with a softer ride compared to the stiffer ‘Sport’, which will be offered with an optional Lotus Driver’s Pack.

The interior receives a dramatic overhaul too. The wraparound cockpit features a modern interior with a touchscreen display. The driver information is digital and the surfaces look to be a modern blend of leather and Alcantara.A high step up from its previous models but retaining a spartan look that is sure to attract Lotus enthusiasts. 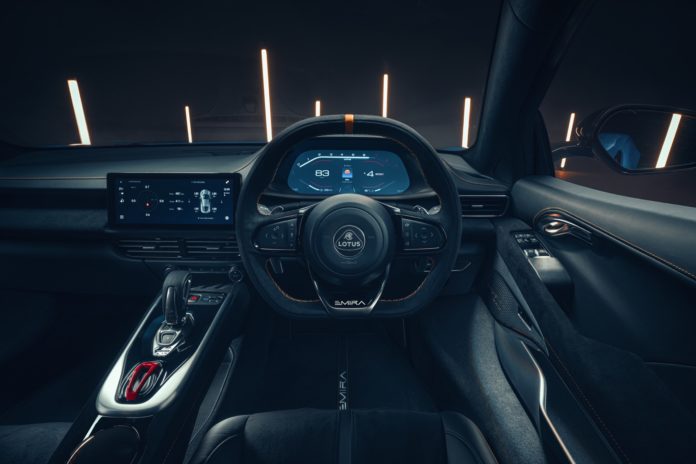 Lotus have big ambitions for the Lotus Emira. It hopes to sell 4,800 Emiras per year, a significant increase over the 1,400-1,600 Elise, Exige and Evora models it is used to producing.

The Emira is made possible by £100 million of investment into Lotus’ Hethel facilities. It should be available in key markets worldwide from Spring next year at a price point of less than €72,000. It will make its public debut at this year’s Goodwood Festival of Speed.