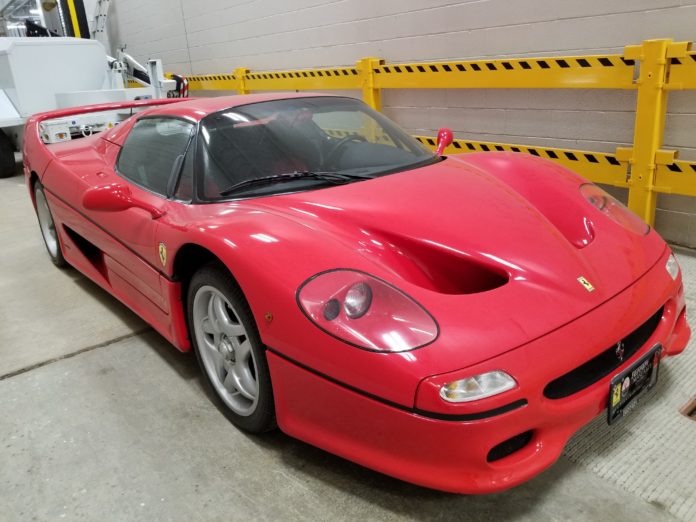 In 2003, a 1996 Ferrari F50 was reported stolen in Italy and efforts to locate it never succeeded up until December of 2019. Police believe the supercar changed hands and/or was moved across different countries before they snatched it up at the Peace Bridge Port of Entry on December 14, 2019. It was coming from Canada and the time it spent up north is yet to be determined.

The border police discovered that the rivets on the VIN plate were covered with black tar, consistent with signs of tampering. They held the car pending further investigations. Instead of destroying it or auctioning it, they decided it was time the Italian supercar was returned to its rightful owner. This is after discovering that the car had been reported stolen back in 2003, in Italy.

Several people have come forward claiming ownership to the car, but the court of law is yet to determine who is the rightful owner. Investigations have expanded to involve officers in different countries as they try to trace its history, hopefully even catch up with the person(s) involved in the initial theft.

This case is one of many to have been reported in the last several years, some of these supercars are stolen and never to be recovered. A $2.5 million Ferrari Daytona was stolen and burnt in Australia back in 2015. In some cases, stolen cars are altered to deceive authorities like in the case of a yellow Ferrari 488 that was stolen in Mexico and changed to black – this one was recovered too.