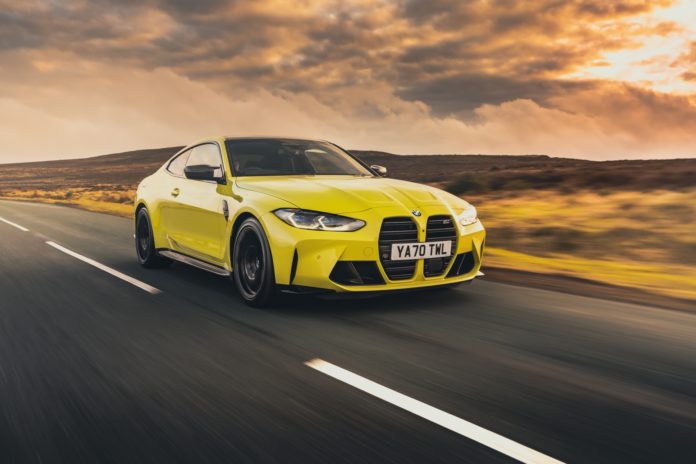 There are few cars that have been as polarising as the 2022 BMW M4 Competition. The controversy is predominantly fuelled by the styling, that is subjective but for the record, I really am not a fan. Giant grill aside, I had a a couple of concerns that I wanted to cover – the loss of the M DCT gearbox (replaced by a ZF automatic) and the 200 kilogram weight gain, it seems cars are also putting on lockdown weight.

GTspirit have already reviewed the M3 but this is a more in depth drive with the M4, which felt near identical to the M3. Let’s get into it – I was driving the car in the UK on a day which featured all four seasons. Stepping into the G82 M4 is a very different experience to the F series of old. The carbon backed seats steal the show and present a great sense of occasion that help differentiate the M car from the series models. The second eye catching features are the red M1 & M2 buttons that sprout out from the steering wheels as in bigger M cars. The rest of the cabin in similar to lesser 4-Series models but has been embellished with lashings of carbon which comes as standard, the carbon backed seats are available as part of a carbon package which includes the front air intakes and the boot spoiler. The carbon roof is standard.

Hit the red starter button and you’ll be looking to configure the way you want M4 to behave. The setup menu looks daunting, but it is simple enough, although I question the need to configure the brake pedal. Aside from the usual steering, drivetrain and damper controls there is now a ten stage configurable ‘drift’ mode to adjust the traction control. When the stability control is deactivated an M Drift Analyser can be engaged to measure the length and angle of your drifts to give you a final drift score out of five stars, although I suspect less than 1% of buyers will ever use such a feature. I set the car up with the drivetrain and steering in maximum attack with the dampers in their softest option. Time to hit the road.

BMW claim to have made big improvements to the chassis to soften the F series ‘spikiness’ that made the experience a little too exciting for many – sweaty palms are not welcomed by all for a daily driver. Driving it in the damp meant the traction control light was flashing away, the system itself was very efficient cutting power. Engaging M Dynamic Mode is the norm for me in any BMW. The latest iteration on the the 2022 BMW M4 Competition is one of the best I have tried allowing for a surprising amount of slip before calling in the nannies to stop you ending up in a bush. When pushing on the chassis begins to stand out as a phenomenal feature on the M4 Competition. The steering is good and light, I felt that it lacked feel just off of centre. This combination of a great chassis and good steering means that the weight increase on paper is negligible in reality.

Typically I would start a review of the engine of car, but in the 2022 BMW M4 Competition it was not particularly astonishing. Yes the torque and power are astonishing, but this was overshadowed by the chassis capabilities. The car has been designed to have a petrol particulate filter so does sound good. There are burbles on downshifts and there is no soft limiter meaning it can be revved. The engine itself is not completely new, it was first seen in the X3/4M.

The twin turbo 3.0-litre straight-six produces 650Nm and is on tap between 2,700 and 5,500rpm, from when maximum output of 510hp is sustained up to the 7,200rpm red line. M3 & M4 Competition both accelerate from 0 to 10km/h in 3.9 seconds. Top speed is electronically limited to 250km/h, rising to 300km/h if the optional M Pro Package is specified. The brakes on my test car were not the optional ceramics but were still more than adequate at slowing things down from big speeds. 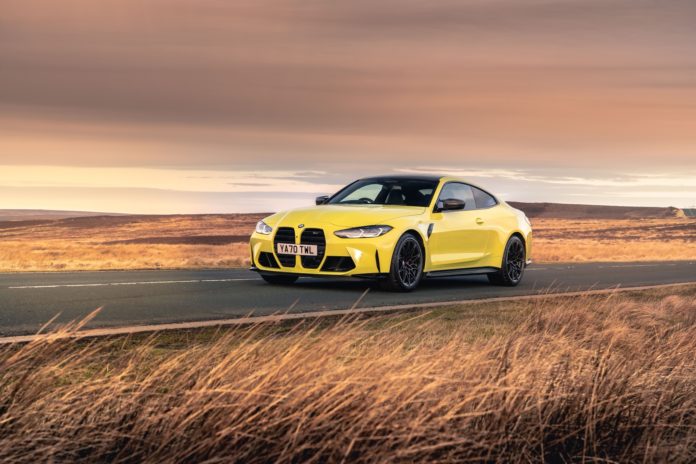 One of my fears was the loss of the M dual clutch transmission which has been replaced with the ZF 8spd. The new auto is better, quicker and smoother. My issue is that this has taken away from the theatre which I feel is necessary in much a car, especially as one that looks as angry as this. Perhaps the switch has made the car more predictable than the previous generation. The most likely reason is that the ZF will be used for the xDrive variant that will arrive in a couple of months.

Looks are subjective and I cannot make you dislike or like the design. What I can tell you is that this is a spectacular car to wake up early and absolutely thrash on your favourite road. It is a deeply deeply impressive car that is well appointed and feels special on the inside and turns heads by the dozen – whether that is for the right reasons or not is another debate. The ride is brilliant, sport for the dampers is very much usable on the road meaning the M4 could very easily be used as a daily driver. My main criticism is that the car is so capable that you have to be going full throttle and achieving illegal speeds to enjoy all that the 2022 BMW M4 Competition has to offer. Furthermore, the M3/4 are now very expensive as with any options, such as the carbon pack which is a must have for the seats, becomes as pricey as a base 992 Carrera which is the best sports car on sale anywhere. But if you can live with the styling and afford an M4 Competition, you will not be disappointed. 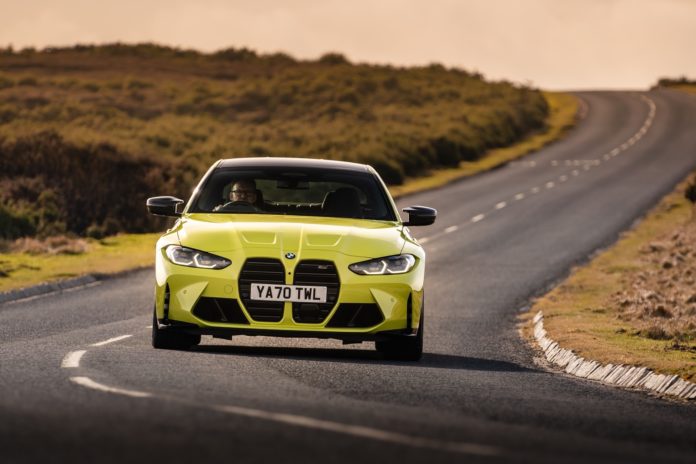