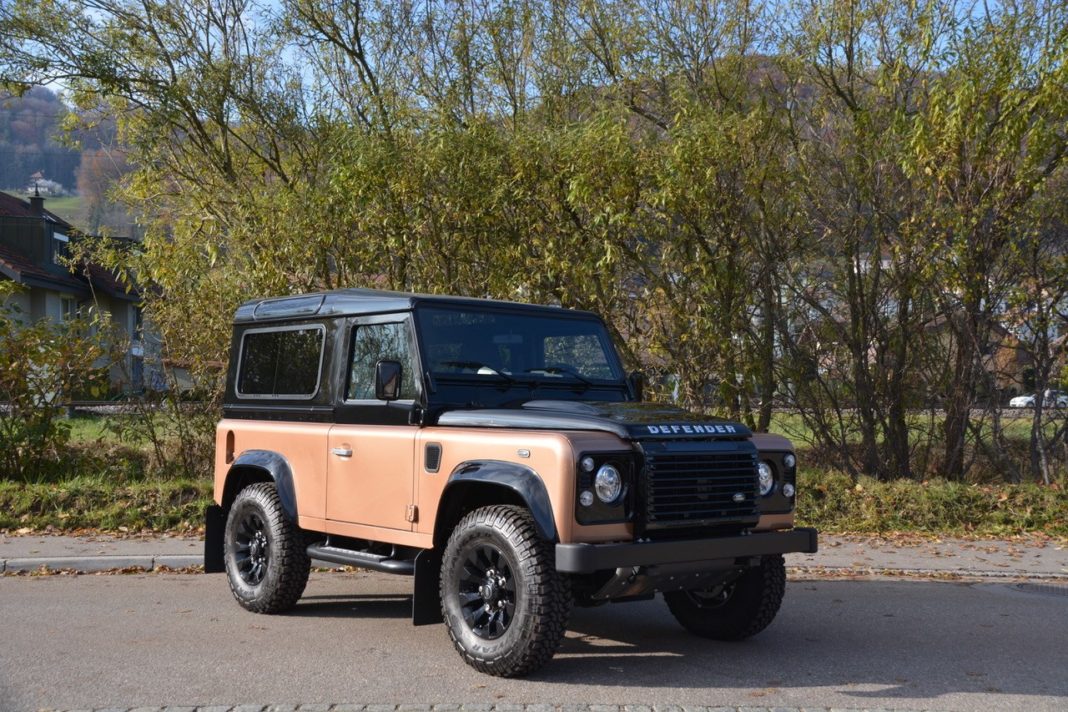 Prices have already started shooting up for what is now considered the last true Land Rover Defender. True to it’s heritage and design, the previous generation(s) of the Defender has become a collectible and an investment car. Land Rover body shops around the world have been rallying up to buy abandoned Defenders from farms and uninterested owners, knowing very well that a perfectly restored example will easily fetch over $100,000.

Now to our car, a 2016 Land Rover Defender 90 Autobiography for sale in Switzerland. They only made 80 of these, to mark an end to the Defender production. It was delivered in Germany in 2016 and remained in new condition before being imported into Switzerland where it received a new registration in 2019. Despite being registered, it has remained undriven and still has the factory delivery mileage – 63km.

Finished in a Calamar Copper/Black due tone as is customary with Land Rover Autobiography cars, it’s now looking for a new home. The short wheelbase (90) has remained popular over the years even at a time when most SUV manufacturers stopped producing SWB versions. The 90s were marked by an increase in 2 door SUVs from RAV4s to G-Wagons up until the early 2010s. Land Rover is however still offering a 90 version of the latest Defender generation.

The Defender 90 for sale here is powered by a 2.2L TD4 diesel engine producing 150hp, increased from the standard 122hp.

This is truly a unique opportunity to buy a brand new, unused Defender from the previous generation.