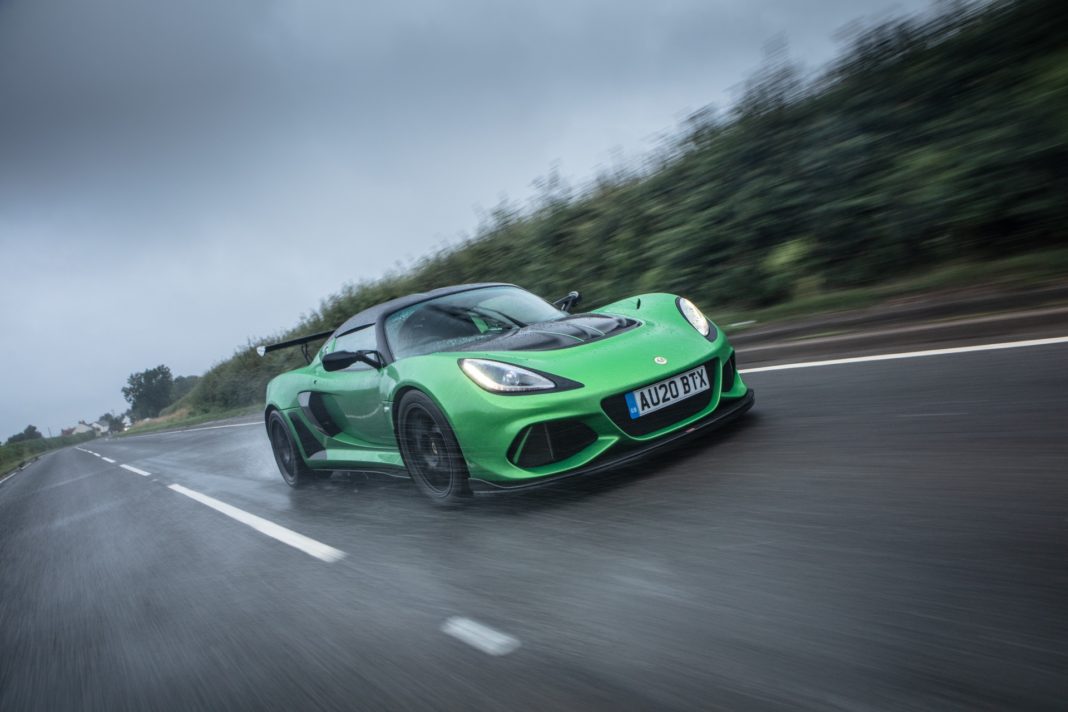 The cliches are strong when it comes to Lotus. ‘It handles like a Lotus’ and ‘the steering wheel brims with feel like in a Lotus’ are phases that have peppered reviews of supercars in magazines for decades. Goodwood SpeedWeek offered up the chance for me to, finally, put the claims to the test and drive a Lotus in anger for the very first time. Could the British built sports cars really live up to the hype?

First up was an opportunity to explore the glorious roads around Goodwood in an Evora GT 410 Sport. This is the less hardcore, more road focused Evora. That being said, it’s still plenty quick – as the name would suggest, there is 410 horsepower and 410Nm of torque on tap from the 3.5 litre supercharged V6. Adding lightness is the Lotus ethos and as a result, the 1,361kg Evora with a 6-speed manual transmission will hit 100km/h in 4.2 seconds.

Our on the road initial impressions are that the GT 410 Sport feels small on the road, heading down narrow lanes in a car this size means that I felt confident in finding the limits without grimacing every time a car passed me in the opposite direction. The other overriding impression is made from the sensational exhaust note. The tone may be a touch too trumpet like, but every time the revs built so did the size of my grin. Chasing the redline is a joy, as is the gear change. The exposed linkage is a cool touch, but the real joy is in shifting that towering metal stick that rises from it. When you’re done with engaging the next gear and jump back onto the throttle, you notice something moving in the rear view mirror over your left shoulder. There is a window directly behind the driver and passenger which gives a view of the engine and the throttle linkage actuating the fuel to air ratio – a very neat touch.

Finally, there is the handling. Much like the gearshift, the steering is fabulous, as are the pedal weightings. Heeling-and-toeing takes some getting used to the as brake and throttle pedal are a couple of centimetres too far apart – the entire pedal box is a touch offset to the left, but it is not uncomfortable. The ride over the broken Chichester roads was a touch on the harsh side, but the road surface really was as bad as it gets.

My first laps of the mildly terrifying Goodwood Motor Circuit and I’m not sure I’ll ever overtake a McLaren Elva again. Bucket list stuff and a pleasure to complete them in a Lotus Exige Cup 430 before the McLaren 620R & 765LT. Sublime manual gearbox, 1,093kilos, 430bhp and it sounds riotous. Was then humbled by a Ford GT 😳 #JustGoodwoodThings #GWSpeedweek @lotuscarspr @lotuscars #LotusExige #Exige430Cup

Trundling back into the Goodwood Paddock, I was sad to hand the keys back, but my dejection was short lived as a Lotus Exige Cup 430 was waiting for me to hustle around the circuit. I’ve had the pleasure of driving a number of cars on track lately. From the McLaren 765LT to a Mini GP3, nothing has immediately felt as dialled in, yet entertaining as this. The mid-engined balance immediately feels sublime, the unassisted steering is a joy at speed and the pull of the 430 horsepower culminate in one of the friendliest and exciting track experiences I’ve had.

All of the feedback, from the base of the seat through to the steering feedback in my palms, is far more concentrated and communicative than any Porsche Cayman I have driven. A Cayman GTS 4.0 is the natural rival for the Cup 430, but the Porsche cannot compete when it comes to track day focus. I suspect that if you could only have one car to live with, the Porsche would be the obvious choice, but if you are looking for something better suited to learning a racetrack in, the Lotus has the Porsche on the ropes and that is not a conclusion I expected to be making. Bravo Lotus, believe the hype. Forget about the 2,000 horsepower electric hypercar race, the Evora and Exige are what Lotus and know for and do best.