#SOCgoestoGstaad2020, this hashtag summarized all what car enthusiasts needed to know about this year’s most impressive hypercar gathering (some said worldwide, with Monterey carweek, Goodwood, etc being cancelled due to Covid-19). The annual flagship event of the Supercar Owners Circle, a member club for supercar owners, was held for the first time in the beautiful landscape around Gstaad in Switzerland. In previous years, the event was held around Andermatt, in the heart of the famous Swiss Alps. GTspirit photographer David Kaiser joined the event for the first time, here’s the detailed-report with a selection of photos describing a weekend surrounded by the best of the best from the automotive industry.

SOC was founded in 2014 by the brothers Florian and Stefan Lemberger as well as Niels Schäfer – and has grown ever since to become a worldwide network “DELIVERING UNIQUE SUPERCAR EXPERIENCES” as stated on their homepage. The Gstaad invitation described the event as: “Participants can expect extremely rare supercars, inspiring speakers and an enthralling atmosphere”.

A few facts before we start with the photo galleries: About 70 cars showed up, sadly some of the announced cars didn’t arrive (MonzaSP1/SP2, Zenvo TSR-S, Porsche 959 or a P1) 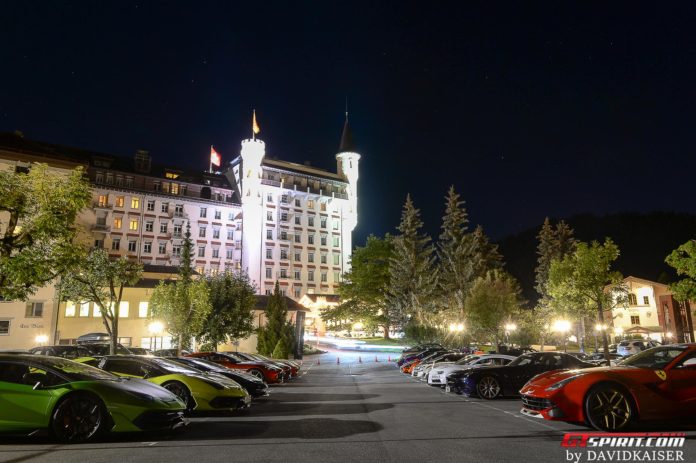 After the arrival of the guests, the cars lined up for a parade through Gstaad oldtown before driving to Glacier3000 station and back to the two event hotels, the iconic Gstaad Palace and The Alpina Gstaad with the stunning underground entrance which became a hotspot for visitors and carspotters.

During the event, various presentations and speeches were held which were obviously not open to media. Christian and his wife Halldora von Koenigsegg were present with their latest Jesko & Gemera, Bugatti sent a white Chiron with Sky View package and their ambassador/testdriver Andy Wallace. Horacio Pagani came with his son Christopher and drove a Zonda F on the roads and runway as you can see below… 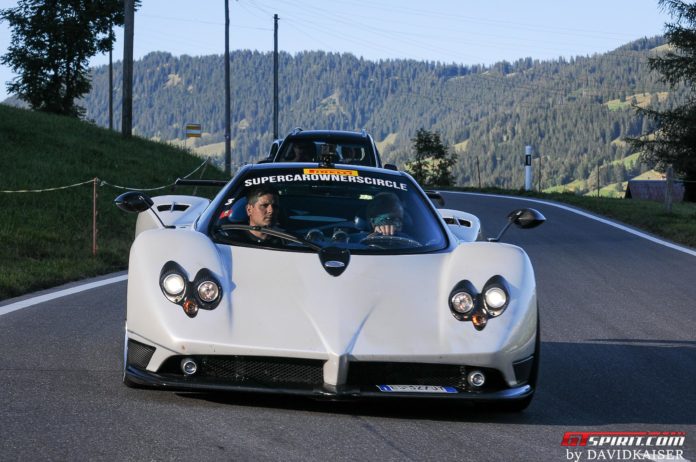 One of my personal favorite photos: a Regera on a former military airbase, rings a bell?! Christian von Koenigsegg rolling on the taxiway, ready for the next attack – how cool is that! 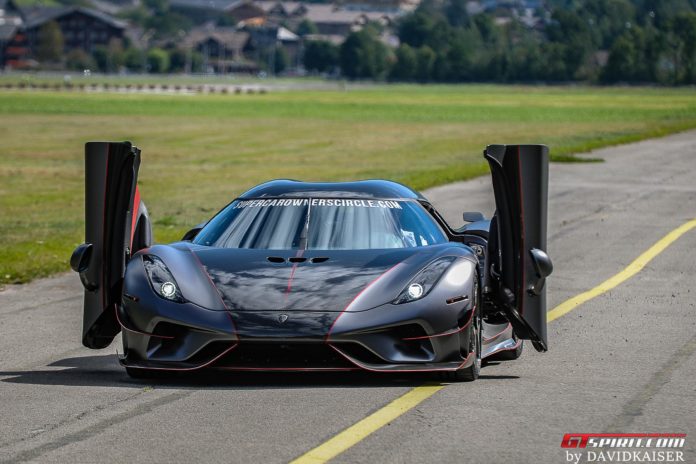 On the next day, the event continued at Gstaad airport in Saanen, one of several airports in the Alps originally built by the Swiss Air Force, now used by smaller planes and high society jets. Look at the scenic landscape with the runway surrounded by mountains. 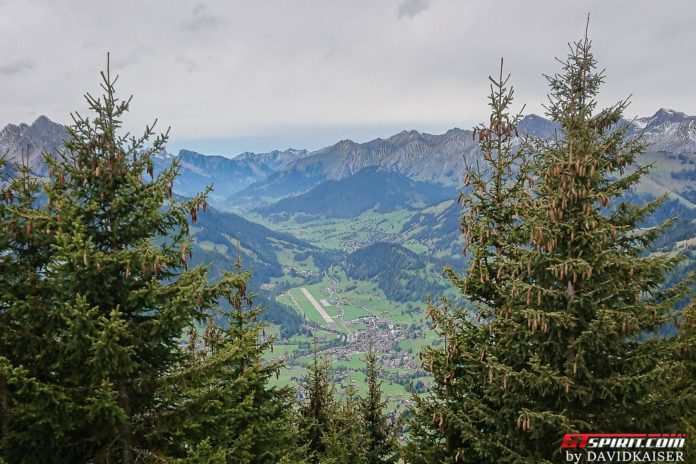 First the cars lined up all together on the runway, before the race battles began. Impressive to feel how fast these cars are once unleashed…and still one could see how much faster some of them are compared to already fast supercars.

After the lunchbreak the cars set off to a scenic roundtrip towards Col des Mosses and a military shooting range. During the whole weekend, a huge amount of carspotters were enjoying the cars, either along the roads, at the parking lot or in town. It’s nice to see how the owners were open for spontaneous photo shootings, shared their passion with car lovers from all over Europe. And all the carspotters showed their respect for these multimillion cars by keeping distance and cleared the way when cars passed. Happy faces everywhere. Gstaad tourism was sure happy with many of the petrolheads staying in multiple hotels throughout the weekend.

Back at the hotels, preparations started for the final gala dinner in the decorated garage of The Alpina Gstaad, you can see some mobile phone snapshots of the garage. The remaining cars were parked outside the Palace hotel. 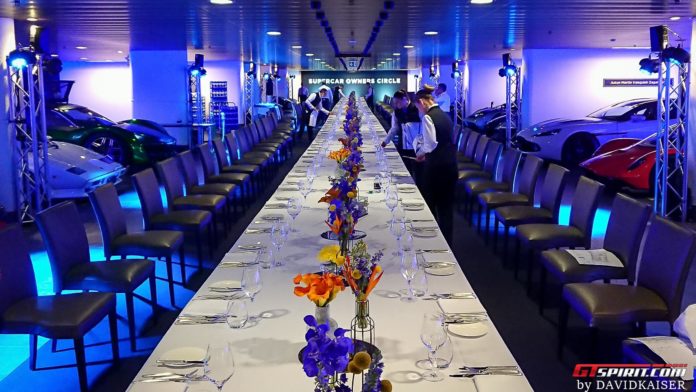 Supercars and Dinner
1 of 10

To close my report from this amazing weekend, please find some detail shots from the Koenigsegg GEMERA and a rare sight, the Vision 2030 by GFGstyle on the road. Causally parked nearby is the Bugatti Super Sport 300+ record car.

A great “Thank You” goes to the SOC team and staff for the organization of this impressive event – I’m already looking forward to next year when hopefully Covid-19 is over and people from abroad can travel again. Please visit SOC IG page for more impressions about Gstaad2020 and other fascinating events to come.