Reigning World Rally Champion Sebastien Ogier has kicked off the year with a flawless win at the 2016 Rallye Monte-Carlo, the first event in the 2016 FIA WRC calendar. The Volkswagen Motorsport driver thrived in the ice and snow event which ran through Monaco and the French Alps to emphasize the continued dominance by the German manufacturer.

The French driver who holds a record of 32 WRC wins and 3 championship titles also won the TV Power stage to acquire full points. His teammate Andreas Mikkelsen crossed the finish line a minute later in another VW Polo R WRC leading the newly revamped Hyundai i20 WRC of Thierry Neuville. The latter finished second in the TV Power Stage to claim 2 points, Mikkelsen scooped the final point in this stage by finishing third. Ogier’s closest rivals, Kris Meeke and Jari-Matti Latvala were forced out of the rally yesterday allowing Mikkelsen and Neuville to advance to the top three comfortably. Meeke retired with a gearbox problem while Latvala was forced out after his Polo R WRC ran wide into a ditch.

The choice of tires was critical throughout the event which had a mixture of ice, snow and asphalt surfaces. After SS14, Neuville was ahead of Mikkelsen but the VW driver later explained that Neuville was on better soft tires while he was on relatively slower super softs.

The next round in the 2016 FIA WRC will be Rally Sweden scheduled to take place between February 11 and 14. 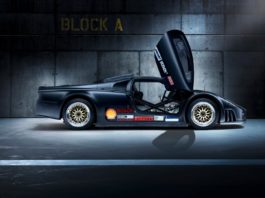