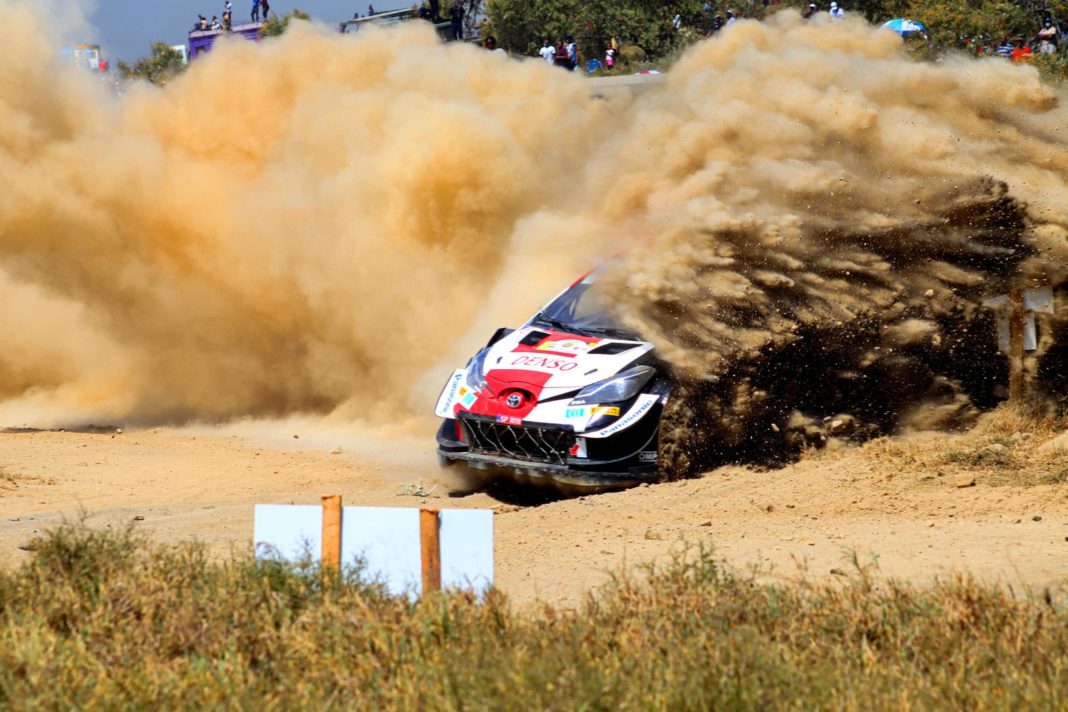 The WRC Safari Rally is back to its roots in Kenya, and the 2021 edition was one for the books with both drivers and teams agreeing that it’s still very much the toughest rally in the world despite shortened distances. Sebastien Ogier claimed victory here to extend his lead in the overall standings, while Japan’s Takamoto Katsuta sealed a 1-2 finish for the Toyota Gazoo team. A very quick Ott Tanak did not miss out either, he managed to score 3rd position for Hyundai Motorsport

However, this story has little to do with the rally itself and more about the spirit of the Safari Rally. GTspirit had first hand experience of what it means to attend a Safari Rally, it’s more than just the cars as one is surrounded by wildlife, unexplored African nature and some of the best sceneries in the world. More importantly though, the event is attended by people from all over the world and that results in the biggest gathering of people ever seen in the wilderness for a sporting event.

If you plan to attend Safari Rally at some point, tailor it as a vacation since cars only make up for a fraction of the fun, thrill and adventure. At least 2 weeks are needed, one for Safari game drive and another for the actual Safari Rally. The weather gets really hot, windy and dusty; the roads are sandy and rocky so don’t bring your Jimmy Choos along. If you are going to hire a car, do not hire anything less than a 4×4. This is one event you will not regret. 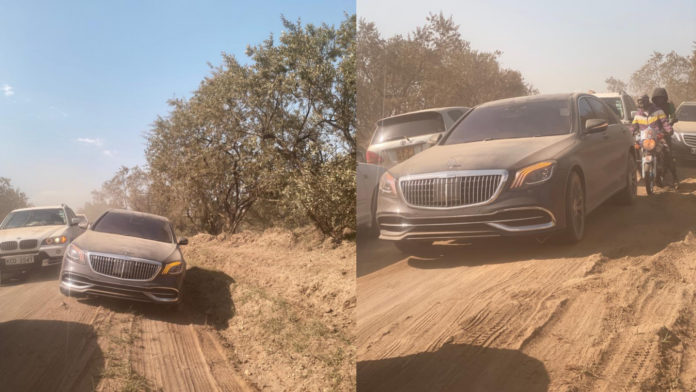 Having travelled to Naivasha on Friday where the Safari Rally was taking place, we decided to travel back to Nairobi early Saturday morning for some quick errands.

By 4am on Saturday I was on the way back to Nairobi with intentions to make it back to Naivasha in the evening. I was behind a new Fuso Canter truck, getting ready to overtake him when I saw a snake of lights incoming.

I initially thought it was a random convoy travelling by night, but no. These were mainly 4x4s…a car length gap between each. So I decided to let the convoy pass before overtaking the guy in the Canter truck, but no.

The snake was a convoy of spectators leaving Nairobi for Naivasha to attend the Saturday to Sunday rallies. There was no chance to overtake as it was a never ending convoy…luckily the Canter fella was doing 80kmh which was enough for me.

My Pajero Mini maxes at 80kmh uphill to Nairobi which was good enough for me. I drove behind him from Naivasha till my break away point from the highway in Limuru, nobody was overtaking since oncoming traffic to Naivasha was constant, no empty stretches.

Fast forward to Saturday evening after I completed my tasks, I even managed to install a set of new plugs in the Mini and a new air cleaner to sooth out the beat down it received on Friday while attending the Safari Rally at Mt. Longonot.

My trip back to Naivasha started at 7pm on Saturday, now in the company of 3 ladies. 2 of them asked me to bring my Subaru STI along, but I told them it’s the least useful car where we were headed, I spared them the 4WD vs AWD difference talk.

Fast forward again, we are now 17km away from Naivasha in the Pajero Mini, it was a quick trip with virtually no traffic. But everything slowed down suddenly, another traffic snarl up all the way to Naivasha town with cars switched off as it was not moving. You could see the town but couldn’t get down to it, this was around 8.30pm.

At this point, we formed a small group of cars and decided to use an alternative route that took us through a quarry. This route was supposed to bring us close to the main entrance of Naivasha town. I engaged 4H and off we went.

The route was mainly rocks and sand, steep hills but we all stuck together. It took us about one hour to get to a tarmacked road that links to the highway near the main entrance gate to Naivasha. Sadly we found another traffic jam, we could see the highway but could not access it! Traffic comprising 7 lanes.

Some spectators decided to turn around by using the same quarry route then drive back to Nairobi. Some turned around before the entrance to the quarry route as their cars could not clear the rocky terrain.

Past 10pm now, the 3 ladies with me needed to pee badly, we are in the middle of 7 lanes with no place to go. Luckily they were not the only ones, so they ganged up and walked to a nearby bush where that business was finished. As for me and other men, we just peed on the edge of the road.

It was a party for most people who had decided to spend the night in the traffic jam, but not me. I stopped one of the boda boda guys (motorbike taxi) and asked him if there was a way to get to Naivasha town through backroads, he said there is one that would take me to Gilgil after which i can use the highway to drive back to Naivasha – not a chance, that is way too far.

After several attempts I found another boda boda guy who knew a different route which would take us through Kenya Wildlife Service territory near the national park, past the county prison and into the highway near Delamere farm. Cost? 2000 per car ($20), so me and my group of 4x4s decided to turn around and use this new route.

We drove on tarmac for about 10km then branched into a tiny rough road to begin our short cut. Unfortunately, this is where I said goodbye to the big 4x4s, the road was so tiny they would only fit by accepting dents and scratches from the dry bushes, it would eventually get bigger ahead but not for another 1-2km. Nobody wanted to risk that, so the Pajero Mini became the last man standing.

We followed the boda boda guy, I was now in 4L as the road was extremely bad. There were no houses or lighting for miles, an electric fence on one side to keep away wild animals and steep cliffs on the other side, we were driving at the bottom of the cliffs.

Then the worst happened, my brakes overheated due to too many steep roads and could not work anymore. Normally you can stop and let them cool down but we were going down a steep hill full of huge rocks…I alerted the boda boda by flashing lights at him, he moved away and I did my best to keep the Mini stable while rolling down. Just imagine the screaming in the car.

We landed in a heap of sand, the boda boda was nowhere to be seen as he had branched off to a different road which we missed as I could not have made any sharp turns downhill with no brakes. Hooting in a national park is out of the question so I flashed my lights in the dead of the night, it was past 11pm.

The ladies were even more worried, there was no phone service at the bottom of the cliffs but just as I was turning around to call it a day, the boda boda guy appeared! What a relief…the lights signal worked!

The final homestretch now, after a couple of more hills we finally saw Naivasha town lighting up ahead. We made it past the county prison and finally began seeing some signs of life, cars and even a cow!

The boda boda guy led us to Buffalo shopping mall and the relief was quite intense. It was now past midnight and thousands of spectators were still stuck in traffic. The traffic was so jammed some WRC drivers had to walk back to the hotels. We paid our hero and proceeded ahead to get some rest before waking up at 3am for the Hells Gate stage on Sunday.

You will find results and photos from Sunday below.