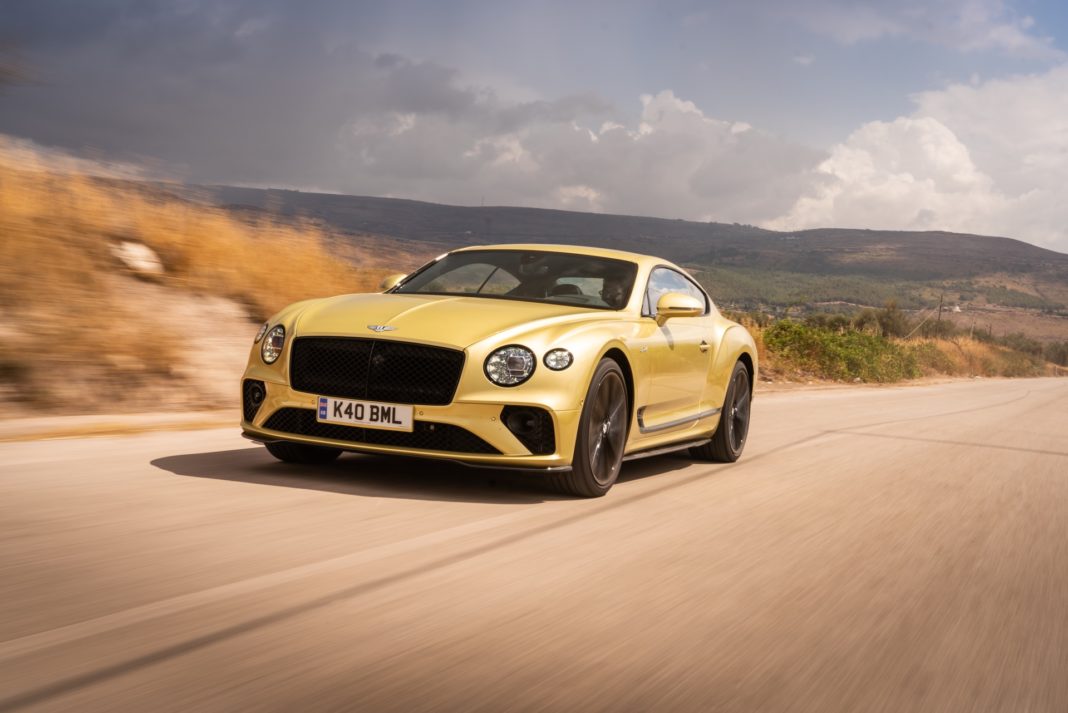 The 2021 Bentley Continental GT Speed wears the largest brakes, in the world – the enormous 440mm disks are gripped by beefy 10-piston calipers. It’s rare that a car can be summed up by its brakes, but the necessary stopping power highlights the forces that are at work in what is possibly the most dynamically capable Bentley for the street, ever.

The headline figures are impressive – power is up to 650bhp, 25 more than in the standard W12 Conti GT, torque remains the same at an eye watering 900Nms from just 1,500rpm. That means 0-100km/h in 3.6 seconds and a top speed of 335km/h. However, the numbers only tell half of the story, the handling changes are more significant. In addition to the aforementioned optional carbon ceramics, Bentley have worked hard to make sure this GT has the ability to remain composed and poised when attacking a mountain road as it is when cruising the autostrada. In order to achieve the desired results, a significant amount of well engineered solutions have been introduced.

Rear-wheel steering has been implemented, a first on a Continental GT and it helps to turn the car into a corner with more urgency. The system is more advanced than the usual combination of opposite angle to the front wheels at low speeds and matching angles at high speed for greater stability – a new algorithm has been introduced to maximise the effectiveness of the system. The Dynamic Ride system keeps it flatter in the middle of the turn, and a new eLSD what works in congestion with the ESC to involve the rear axle on turn on and corner exit.

What does this feel like? On Spanish mountain roads, the Speed feels more agile than the standard car. The brakes are outstanding and inspire late breaking without fear of fade or a long pedal. The weight is disguised very well, but you still have to keep the kerb weight in mind to avoid understeer and hearing the Pirelli P Zero rubber squealing. That bring me onto the steering, for a car of this size with power going to all four wheels, the steering feel is a touch numb, but the weighting is good and consistent, the wheel itself feel great being clad with leather with an alcantara outer edge. Another negative is the 8-speed dual-clutch, it does well to handle the torque, but does not allow downshifts on demand when you really are pushing on, but your driving style soon adapts to accommodate this.

In order to explore and feel full the potential of the Continental GT Speed, Bentley discovered an abandoned American military facility on the island of Sicily, and let us loose to see what the W12 brute is capable of free of any speed limits. The results were impressive as the Bentley proved to be very entertaining. The three-chamber air suspension, 48-volt active anti-roll bars, and an electrically controlled limited-slip diff on the back axle shone in this bumpy and slippery environment. With the ability of being able send 95% of torque to the rear wheels, doing donuts was even a doddle.

As much as fun as a military base is, I very much doubt that many GT Speeds will ever be exploited on track, this is a cruiser that is is best enjoyed with the roof down (in the GTC) with the massage function set to it maximum setting with the Naim sound system playing your favourite symphony. It is here that the GT Speed really sets itself apart from the competition, that being said, it is satisfying to know that is is capable to doing naughty power slides if you so fancy. Is it any better at doing this than the standard GT? You would be hard pressed to justify spending the extra cash unless you fancy a back road blast on a sunday morning, but if the cost was not a consideration, the GT Speed would be my choice given the introduction of the four-wheel-steer and the eLSD for those moments that you wish to enjoy the tenacious torque of that mighty W12… after all, Bentley will not be building this iconic engine for much longer. 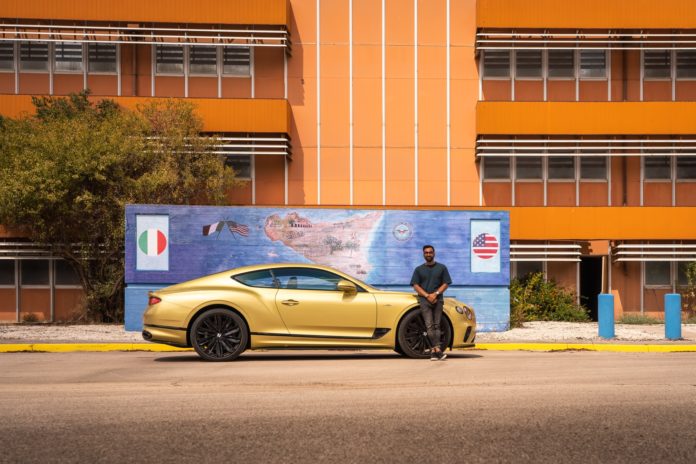