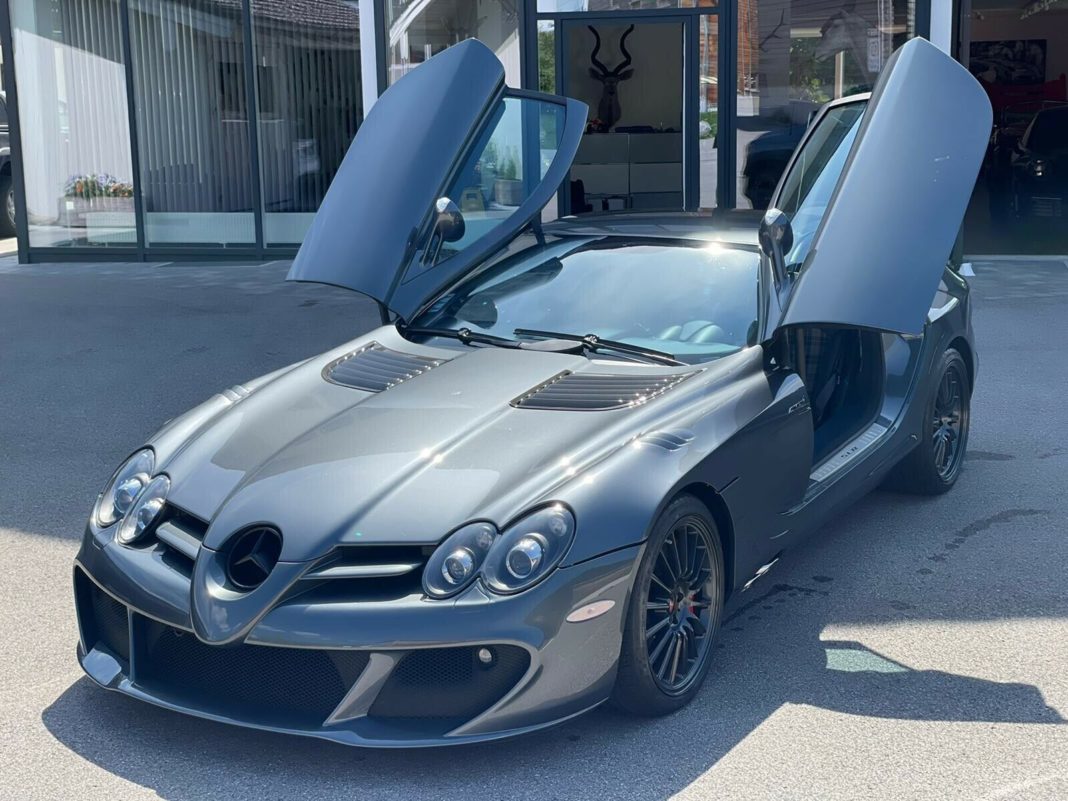 A Mercedes-Benz SLR 722 McLaren Edition by MSO just popped up for sale in Germany, with a hefty asking price of $3 million USD. The SLR is one of the most iconic models from McLaren, a car that was jointly developed with Mercedes-Benz at a time when the German car maker owned 40% of McLaren.

The SLR was designed by Gordon Murray and was sold between 2003 and 2007. Several limited editions were introduced towards the end of the production run, with the Stirling Moss bringing production to an end in 2009.

A year after the SLR production had ended, McLaren Special Operations decided to give the model a proper send off with the SLR McLaren Edition by MSO. The McLaren Edition was based on all versions of the SLR, and the car on sale here started life as an SLR 722. MSO then changed everything from the front bumpers, rear bumpers, side grills, rear diffuser and the wheels. Only 25 SLR McLaren Edition were made, this is car number 12. Back then, the upgrades cost £150,000.

It has been finished in Antimony Gray Metallic over full MSO interior and has covered a total of 15,793 km. A 5.4L supercharged V8 engine is the center of its powertrain, developing 650hp.