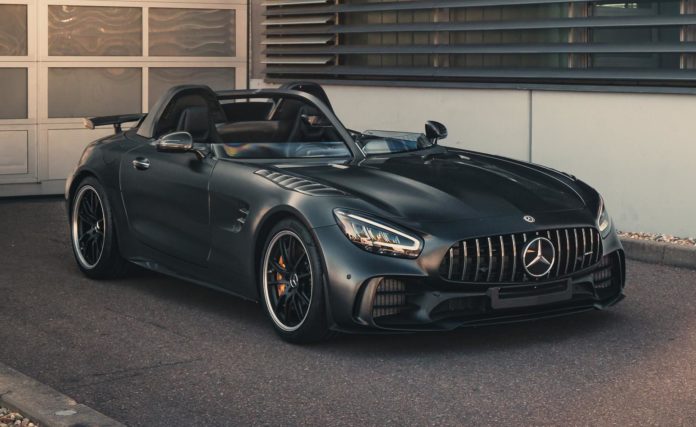 It’s called the Bussink GT R SpeedLegend, it was designed by Roland A. Bussink who then tasked HWA AG to bring his idea into reality. Only 5 will be made, and they have all been sold out.

Bussink is a product designer from Germany with a keen passion for car collection. When he is not busy designing his next Ferris wheel, he is engaging in activities related to cars such as Gumball 3000 and other charity drives. You may remember the Rote Sau AMG GT RS from Gumball back in 2018, that was another of Bussink’s creations. He has been a top client for Mercedes-Benz for decades, and a long time member of the exclusive “Circle of Excellence” club.

The GT R SpeedLegend was an idea that began 1.5 years ago, it was inspired by the Mercedes-Benz SLR Stirling Moss and Mercedes F1 cars. The SLR Stirling Moss gave traction to modern Speedsters like the Ferrari Monza SP, McLaren Elva and Aston Martin V12 Speedster.

Bussink opted for the AMG GT Roadster as a base car, it’s limited to 750 units worldwide, and unlike the GT R Pro it comes with a special number plaque. The 4.0L V8 Biturbo in the GT R Roadster produces 577hp and 700nm of torque. 0-100km/h is achieved in 3.8s, the top speed is 319km/h. The GT R SpeedLegend takes thing to a new level with weight savings of up to 100kg and increased power output to 850hp – by those measures, it should be significantly quicker than the stock GT R Roadster. And it’s completely road legal! 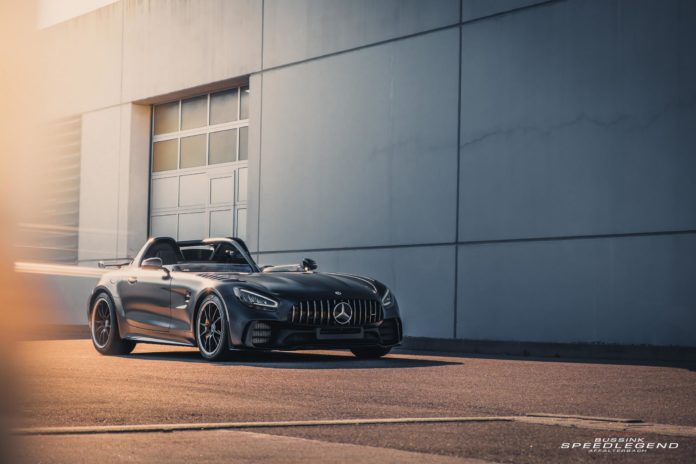 Like most Speedsters, the GT R SpeedLegend does away with the windshield and the A pillars. An extensive use of carbon fiber helps keep the weight down, clear coat finish to match the rest of the body. Perhaps the most distinctive change is the use of a bespoke Speedbow that resembles a “Y”, running from the bonnet to the headrests. It also carries some form of resemblance to the halo used on F1 cars. Bussink says they incorporated sensors in the Speedbow for safety purposes. In addition, an LED strip runs underneath it (the Speedbow) acting as a source of light in the open cabin when need be.

HWA AG was tasked with the building of the GT R SpeedLegend, this German based engineering company is no stranger to AMG cars. Mercedes tasked them with the manufacturing of the CLK GTR and the CLK DTM AMG back in the day. This is because they used to be part of AMG, but when Daimler bought AMG in 1999 the motorsport department decided to form a separate entity known as HWA AG. HWA stands for Hans Werner Aufrecht, the gentleman who founded AMG.

All 5 GT R SpeedLegends have been sold out, but Bussink says there will be more projects coming in future between him and HWA. For more of the GT R SpeedLegend, visit their official Instagram page.