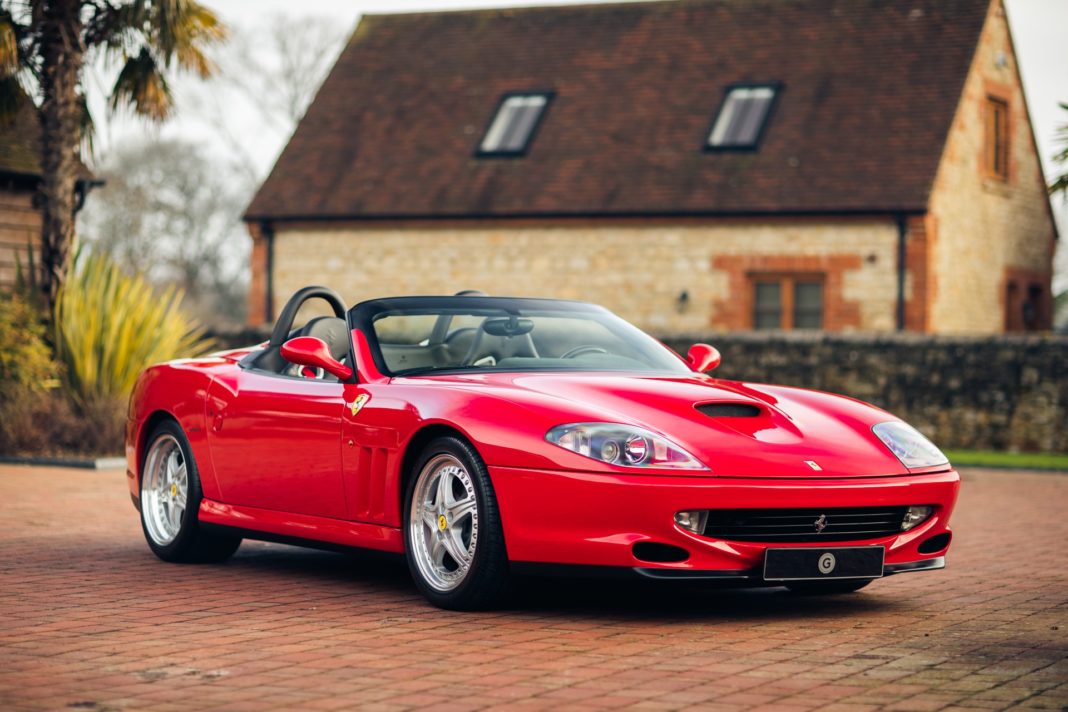 No manufacturer has produced as many noteworthy supercars and super GTs than Ferrari have. From 250s to Daytonas and more recently the 812 Superfast series, Ferrari has been dropping jaws for decades. To celebrate each model, Ferrari often marks the end of the production run with even more impressive and rare variants. With the V8s we have had icons such as the 360 Challenge Stradale, 458 Speciale and most recently the 488 Pista. But it is the V12 models that are known to be the most special and sought after. From the ferocious 599 GTO to the F12tdf, the limited run V12 is a the jewel in the prestigious Ferrari crown. But that is not all, there is an even more special and limited category – the topless V12 Ferrari. Where the base V8 models are offered as convertibles, the roofless V12s are reserved for the most special customers, until the 812 bucked the trend with the GTS.

We are due to see the hardened faster and most potent 812 in the coming days with the possibility of a variant with a removable roof. Before the 812VS (rumoured name) there was the F12tdf which was only available as a coupe. The 599 GTO was a savage and was followed by the SA Aperta. There were only 80 of these sublime machines produced and which were better suited to road use with a softer ride and slightly quieter exhaust. Looking even further back there was the 575 Superamerica. This was notable for its innovative rotating roof featuring an electrochromic glass panel housed by a carbon fibre roof structure.

Another step back and we come to the car the title refers to – the Ferrari 550 Barchetta. Unveiled at the Paris Salon in the year 2000, just 448 Barchettas were built, all fitted the same V12 as the rest of the 550 line up. The changes elsewhere were significant – the windscreen, for example, was shorter and more aggressively raked, resulting in a more sleek and dramatic profile. The rear deck was restyled, the vast expanse of Rosso looks remarkable from a distance. These changes meant that the cabin of the 550 Barchetta was more spacious than other 550 models. Being a special edition, the Barchetta was fitted with a number of pricey options as standard. The racing bucket seats with harnesses, carbon trim and 19-inch two-piece alloy wheels were all thrown in.

Enough about the fixtures and fittings, a car like the 550 Barchetta is all about the driving experience, and what an experience it is. The team at Girardo & Co invited me to drive this iconic Ferrari which was for sale and recently sold.

The Barchetta comes with a fabric roof that is more akin to something you would have purchased from Millets at the turn of the century than a roof for a Ferrari. When erect, it restricted to to max speed of the car to 70mph and that is not enough in a Ferrari with 485bhp and a V12 nestled upfront. Leave the roof stowed away in the boot and keep an eye on the clouds. The first thing you notice in the Barchetta is the gorgeous open gated transmission and the carbon shift knob that stands proud. Depress the clutch, follow the gate into first and you’re off.

This example is fitted with a Tubi exhaust which emits a rich bassy drone at idle that fades as the revs build. Keep on it and around 3,500rpm the V12 makes its presence known once again. With no roof to mask you from the sound you start to fall for the infamous Ferrari 12 cylinder orchestra and you approach the redline at 7500 before you reach for another gear and relish that open gate guidance once more. As the speed builds you learn that this a Ferrari that you don’t get into and hustle, you start to work into a rhythm, taking your time with the shifts and riding the torque rather than racing for the redline.

The massive 5.5-litre V12 pumps out a swelling 568Nm which very much defines the persona of the Barchetta. The long legged feel of the car is ideal for cruising, but this is still enjoyable car in the corners. Being well damped and relatively softly sprung, the car does roll but not so much that you feel discouraged to push on. The only off-putting sensation is the flex you feel in the chassis but you quickly forget this foible and focus on that majestic engine and sensational gearshift.

Many thanks to Girardo & Co for access to his spectacular Ferrari and Tom Shaxson for the photography. 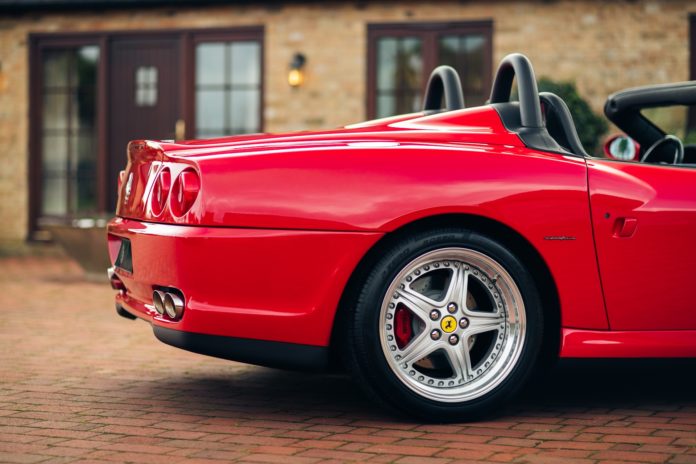