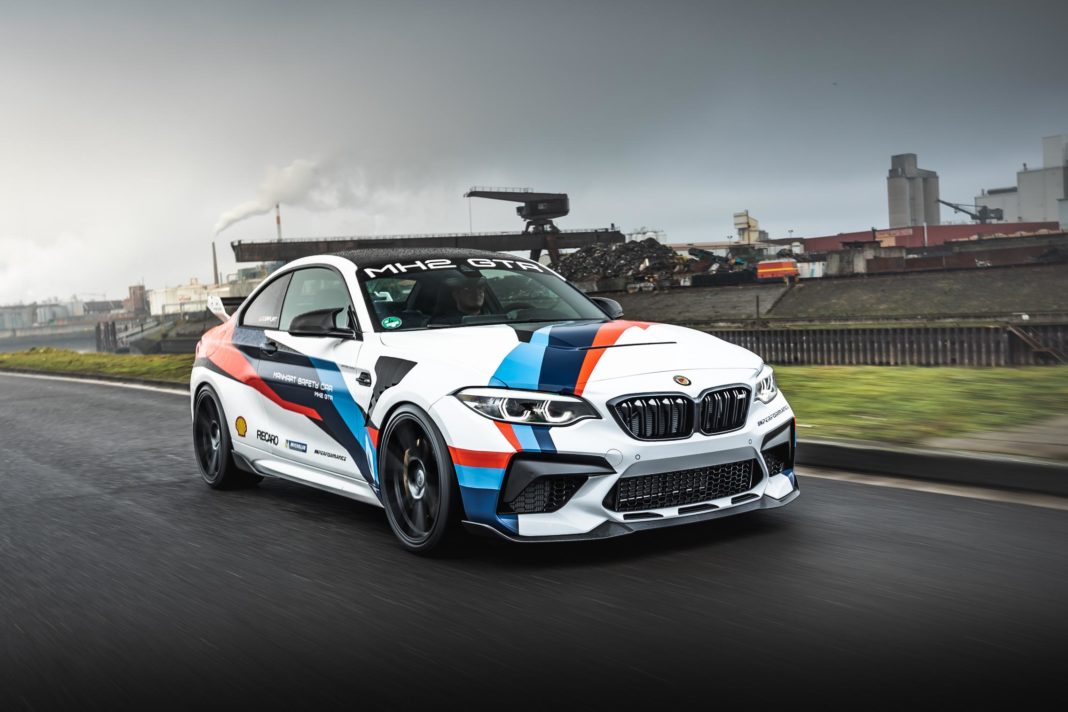 Manhart has launched a new MH2 GTR which is based on BMW F87 M2 CS. The MH2 GTR has been quoted as the “little brother” since it came months after their MH4 GTR.

Manhart increased the factory power output of the MH2 GTR from 450hp and 550Nm to 600hp and 830 Nm of torque. In addition, a Manhart turbo performance kit and intercooler by CSF which includes, aluminum charge pipes and carbon intake have been used.

The car comes with a stainless steel exhaust system with valve control which connects to Manhart sports downpipe, 300-cell catalytic converters (without TÜV, for export only) and flows into four carbon-sheathed 100-mm tailpipes.

The 7-speed DCT has been equipped with a Manhart gearbox upgrade which enables efficient power transmission to the rear wheels.

The MH2 GTR gains improved agility and cornering dynamics due to various suspension upgrades. The car is fitted with their Concave one forged wheels in matte black which are mounted in Michelin Pilot Sport Cup 2 tyres, measuring 9×20 inches 255/30 ZR20 on the front axle and 10.5x 20 inches 295/25 ZR 20 on the rear axle. Individual configurable brake systems will be available.

Price, delivery information and other facts have not been issued yet.