For those known to the world of sports cars there is truly one ultimate German sports car that survived its heritage and extended its existence in a wide variety of versions. We all know it as the 911, currently available as the second generation 997 model. For decades the highlight of the 911 line-up has been the 911 Turbo. The second generation of the 997 Turbo is around for a couple months now, enough reason for us to head down to southern Germany where the tuners at TechArt handed us the keys to a 997 Turbo MkII they just modified.

But before we share you our experience with the TechArt model, we will refresh your memory about what forms the core of this beast. The second generation Porsche 997 Turbo has a brand new engine, something unique in the 911 Turbo’s 35-year history, a 3.8 liter flat-six outfitted with a twin-turbo. The new engine increases the displacement and pushes the levels of drive-ability to new heights. The 911 Turbo – both coupe and convertible – has become one of the more everyday usable sports cars. This thanks to its reliability, build quality and compact size, but not to forget also to its sheer speed potential.

TechArt is known for its extensive modification range for modern day Porsche models and it’s not the first time we drove one of their creations. Knowing what they are capable of we were happy to accept their invite to test the latest creation. At their workshop we were greeted by a Carrera White 997 Turbo MKII with PDK and Sports Chrono Package. TechArt added their special TechArt flavour to the car in the form of a new body kit, a set of TechArt wheels, interior enhancements and best of all a range of performance upgrades. Both the Turbo Coupe and Turbo Cabriolet share the newly updated drive train technology, while the basic 911 body style remains intact. The new 3.8 liter direct-injected flat-six engine generates 500 horsepower – 20 more than the previous engine – and 650Nm of torque – 30 more than before. The optional Sport Chrono Package allows for an over boost to 700Nm (516lb-ft) of torque for ten seconds from 2,100–4,000rpm. Other technical improvements over the ‘older’ 3.6 liter engine are more efficient inter coolers, slightly larger intake valves, slightly larger compressor wheels and a new expansion-type intake manifold adopted from the GT2, all improving the power distribution and the turbo lag.

The seven-speed dual-clutch PDK gearbox is one of the true highlights of the second generation 997 Turbo. It’s been suitably upgraded to handle the Turbo’s extra power, each clutch getting an additional shift plate. Secondly, the PDK transmission weighs 10kg less than the outgoing Tiptronic S five-speed automatic and it comes standard with launch control when the PDK is ordered together with the Sport Chrono Package. Same goes for the steering wheel-mounted paddle shifters. A six-speed manual gearbox is available for the purists that believe in the ‘true’ experience.

Official performance figures (of the PDK) state an acceleration to 100km/h in 3.4 seconds (0.3 seconds quicker than the current Tiptronic) and a top speed of 312km/h or 194mph (2mph higher than the previous model). Great numbers for an easy-to-drive everyday usable sports car, but the guys over at TechArt smiled and knew there was more than enough room for improvement.

The final outcome is the TA 097/T2 engine performance kit delivering 620hp – 24 percent increase – and a maximum torque of 820Nm. The engine conversion involves the installation of a sport air filter, manifold and the sports exhaust system. Improved performance figures show a dramatic increase from 0–100km/h in 2.9 seconds. The 200km/h barrier is broken in only 6.4 seconds. The top speed of the sports car is a stunning 333km/h. The exterior trim includes two categories; the Aerodynamic Kit I and the five-spoke TechArt Formula wheel set sizing up to 20 inch formats. Both were outfitted to the vehicle and give the vehicle a distinct new look not intervening too much with the characteristic 911 shape. The body kit includes a front spoiler with air intake valves, side sills, carbon fiber roof spoiler, side mirror trims, headlight trims, wiper cover in carbon fiber, lightweight front hood in carbon fiber, carbon fiber light weight doors and a rear spoiler with integrated air ducts and adjustable gurney flap. At the back a rear apron with air ducts and a black rear diffuser complements the extensive package. If requested LSD doors and a TechArt Aerodynamic Kit II are available as well, adding an enhanced set of daytime running lights to the package.

On the inside the usual enhancements are added. The optional three-spoke steering wheel with new paddle shifters has been innerchanged by the TechArt three-spoke steering wheel with its improved thickness. A nose-lift system provides 60mm of additional space at the push of a button. Aluminum pedals, dials in an individual color, and stainless steel entry strips embossed with the TechArt logo are added to the package. Up on request the Germans offer a range of custom interior options with which you can further personalize your 911 Turbo.

Driving it, means experiencing it! The most astonishing highlight is the engine. You can drive it with ease in lower revs and push it with enormous force, elevating your mindset into a different league each single time you press the pedal deeper and deeper. The throttle response is sharp, the acceleration ferocious, the PDK gearbox is a major step ahead.

The Turbo feels agile on one end and like some sort of intercontinental ballistic coupé at the other. Its two-sidedness isn’t touched by TechArt, it is enhanced by adding more power to it and giving it an additional push in the back accompanied by a deeper exhaust growl than the stock car. Underneath all the revisions and enhancements, they still kept it a true 911.

Overall, we would choose the second generation Porsche 911 Turbo over the first generation in any circumstance. The improvements with respect to the driving dynamics and the sheer speed potential of the twin-turbo engine are an absolute mind changing experience. The PDK gearbox is a must-have feature, surely missed on previous versions.

The 911 Turbo is the most livable sports car we have driven; it was an absolute delight. TechArt adds a unique flavor to it – the styling you may (dis)like – making the sports car stand out from the rest. If requested, they are happy to add some extra ferociousness to the package making sure you enter the epic sub-three seconds barrier. 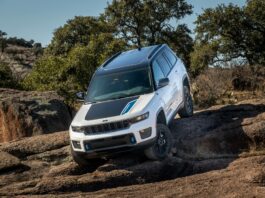 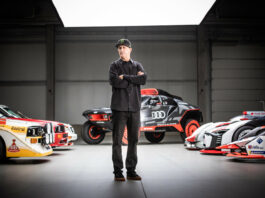