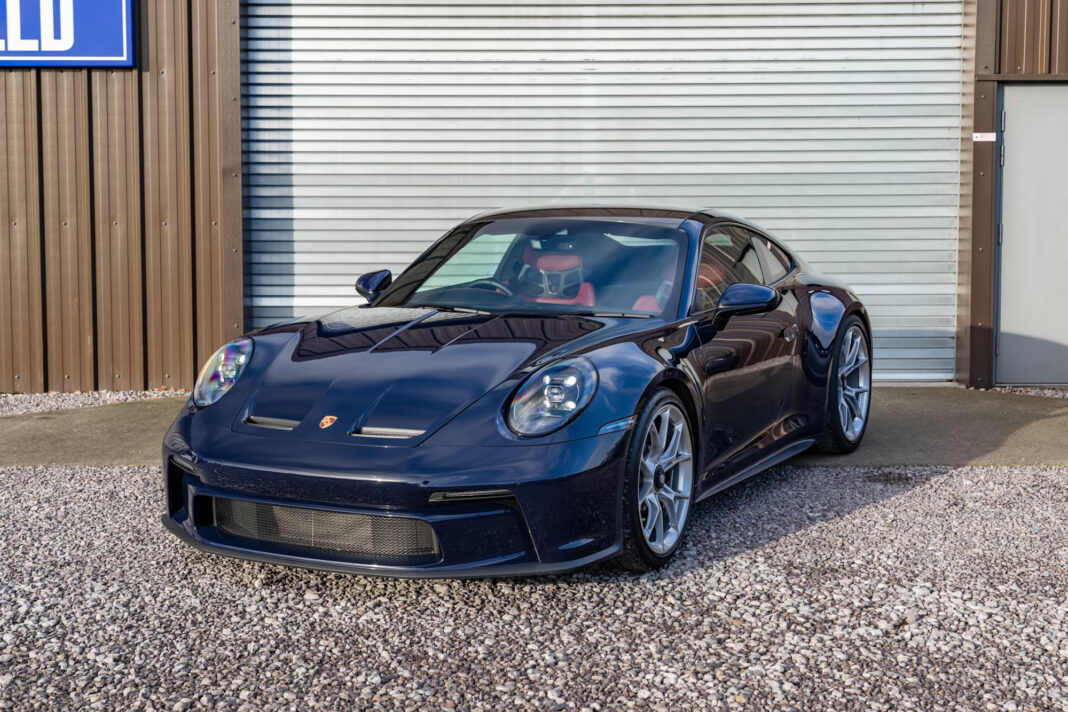 Chris Harris has cemented his reputation as one of the most well regarded and influential journalists of the past decade. From his pioneering and very sideways ‘Chris Harris on Cars’ videos, to his position as the only road tester with an ounce of talent on BBC’s TopGear, Harris is entertaining and informative. It is no secret that Chris loves a Porsche, from owning a 993 GT to the incredible 997 GT3 4.0 and two 991.2 GT3 Tourings (after crashing the first), Harris has an illustrious Porsche GT history. He was the first to say that when his 992 GT3 Touring arrived, that he will run it for a while and sell either the 991 or 992 Touring.

What we did not expect was that the sale with come with a few revelations about his less than ideal relationship with his Porsche dealer in Reading in the UK. We will leave you to make your own judgements on the comments he made on Instagram, see post below, but we cannot deny that his 992 Touring finished in Paint To Sample Dark Sea Blue over red leather looks fabulous. It is for sale on the platform Chris founded along with Edward Lovett, Collecting Cars, and we expect it to sell for big money given the configuration and celebrity connection.

The 4.0L flat six engine in the Touring was lifted from the GT3 R race car, here it produces 510hp and 470nm of torque. Multiple other parts were taken from Porsche’s GT racing cars including the double-wishbone front suspension and the rear diffuser. The 992 GT3 Touring gets a unique logo on the rear lid grille that covers the engine.