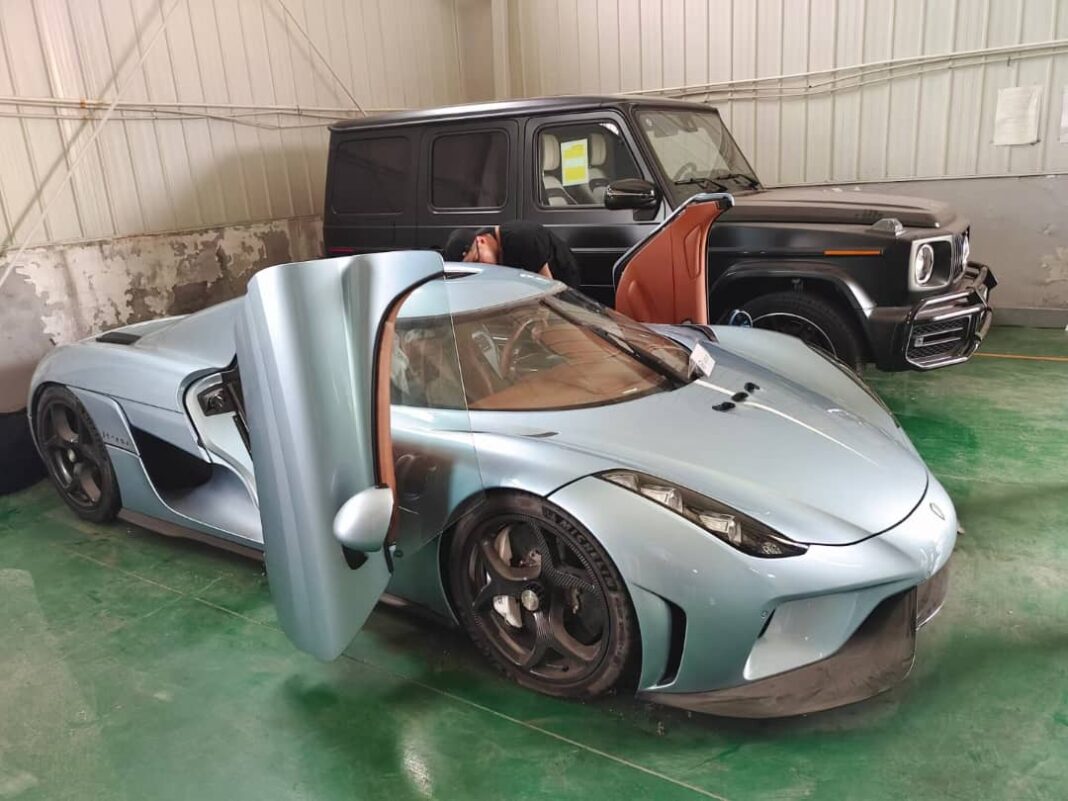 The cars were stashed away in a warehouse pending further investigation, ultimately leading to an auction that took place today via a Chinese website known as jinpaipingtai.

We suspect the Regera battery is dead by now and the replacement cost will be quite high. But that is something that the factory will fix. Quick reminder, the Regera is powered by a V8 hybrid with a fixed gear. A 5.0L V8 twin-turbo + 3 electric motors with a total output of 1,500hp. The single fixed gear allows it to hit top speeds of up to 404 km/h (251 mph).

The Agera RS auction was not as eventful as the Regera one. We are told that most bidders thought it was an old Agera model and therefore not much attention was given to it. As a result, the winning bid was $2.6 million USD. This is way below the Agera RS market, where cars easily go for $4 plus million. Remember only 25 Agera RS were made excluding the factory car, and the market acted in their favor after a series of world records from 2017. In October 2017 an Agera RS did the 0–400–0 km/h (0–249–0 mph) in 36.44 seconds which was faster than the Bugatti Chiron. And one month later an Agera RS set a new world speed record with a top speed of 447 km/h (278 mph).

Powering the Agera RS is the same 5.0L V8 twin-turbo that is found on the Regera, here the output is 1,341 hp when combined with the 1 Megawatt package.

Why is it Hard to Own a Supercar or Hypercar in China?

As a result, your average millionaire in China will drive a Huracan or Ferrari F8, not that they can’t afford a hypercar but the taxes don’t make sense for them. What most hypercar owners do is store the cars in Hong Kong or Macau to avoid these taxes. Back at home in the Mainland, they can enjoy an average supercar like a Huracan or MC20. After 2017, it’s almost impossible to import a hypercar in China and get the blue plates on it due to these taxes.

The Chinese internet industry is producing many young millionaires and billionaires year by year, and the demand for expensive toys is high which means they need to find alternative to own these cars. In the case of the Regera and Agera RS, the government seized them after the owners undervalued their invoices in order to pay lesser taxes. The smart move would have been to keep the cars in a different region like Macau.

On the bright side, the new owners will only have to pay 10% fees to the government, the unpaid taxes will not fall on them. In some countries, the cars actually get crashed in order to send a message to anyone trying to evade the taxes!