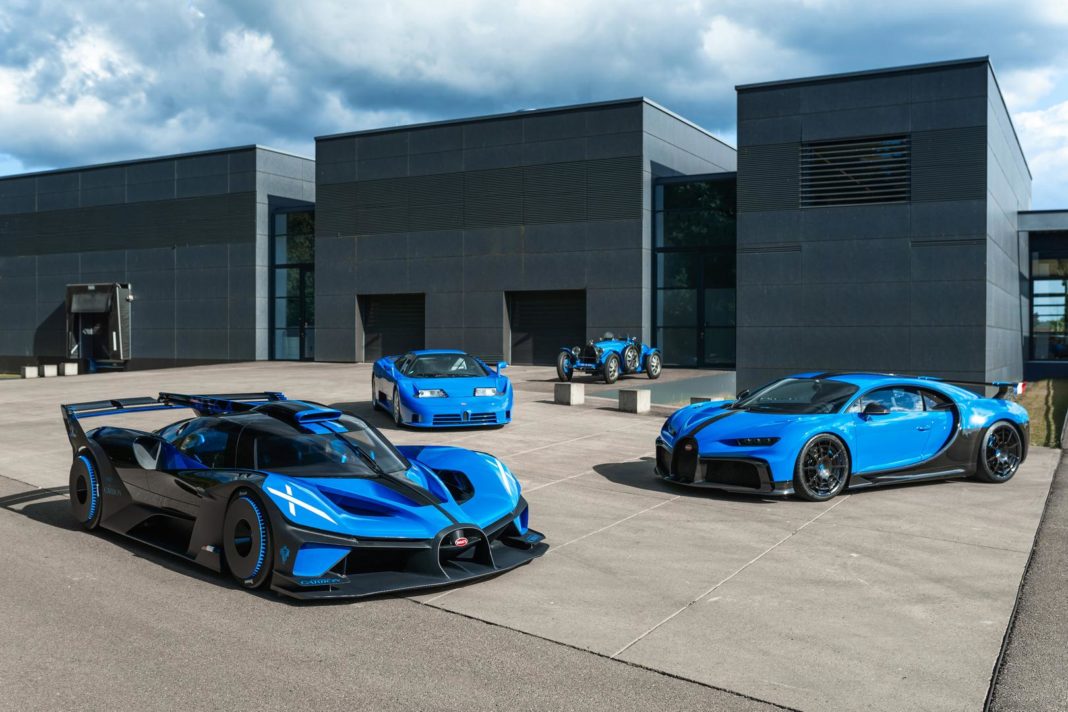 Early French racing cars including many of the Bugatti Type 35 models were adorned in a vibrant blue paint which was unique and recognizable. The French Racing Blue paint represents passion, motorsport pedigree and patriotism.

The iconic colour has evolved over the years and legends have it that the early shade of French Racing Blue might have been inspired by Ettore Bugatti’s wife, Barbara, who was fond of smoking the Gauloises cigarettes in a light blue packaging.

The Bugattis in 1920 were finished in a very light turquoise hue that turned into a more saturated neutral tone of darker darker blue by mid 20’s. Later in 1930’s, the duo-tone application became popular on race cars and Touring whereby the vibrant blue paired with a light turquoise blue became the identifying trademark of the Le-Mans winning Type 57 tanks.

In 2007, Bugatti presented its modern interpretations of the French Racing Blue for the reinvention of the brand under Volkswagen Group ownership. A warmer and colder blue was defined, a neutral blue and a blue-tinted carbon exclusive for the carbon-fibre era of Bugatti was also available for the Veyron presented in the early 2000’s.

The application of ‘French Racing Blue’ goes further than just the exterior in the modern range of Bugatti models. The interior features intricate contrast stitchings against the leather as well as a particularly difficult aluminium anodization process.

The latest reinvention of the ‘French Racing Blue’ and the definition of a new ‘Bugatti Blue’ is already being considered as a core part of Bugatti’s future identity. ‘La Vie en bleu’ will once again be reimagined.

Hyundai N Vision 74 Takes a Shot at the Past with...