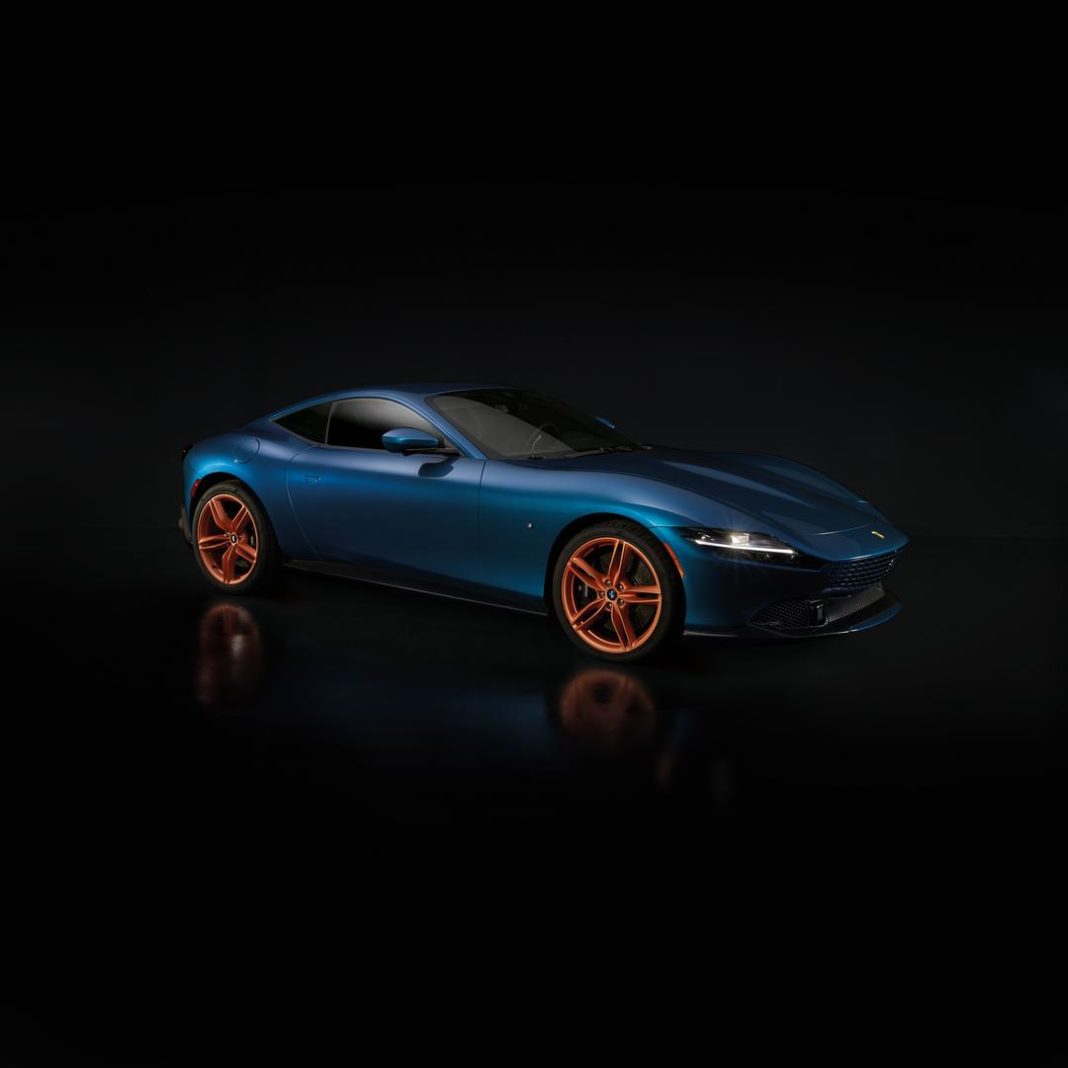 Ferrari Tailor Made is a programme exclusively developed for customers who wish to customise their vehicle to reflect their personalities.

The design of the Ferrari Roma was led by Flavio Manzoni; Ferrari’s Chief Design Officer together with the Cool Hunting team, their inspiration was drawn from the parallels between Italian and Japanese culture and design philosophy and the idea formed was to create a vehicle using unique materials while maintaining Ferrari’s elegance of the original car.

The model has been finished in a special vivid blue exterior paint named Indigo Metal which was inspired by the traditional Japanese indigo eyes. Indigo is mainly used in Japanese design culture, the traditional dye is produced naturally, there are only 5 remaining farms in Tokushima that produce Indigo and because of its antimicrobial properties, it was traditionally used for linens, clothes and beddings.

The same colour palette has been used on the interior of the vehicle; the indigo shade can be found in the sakiori fabric used for the seat trim inserts and the carpets.

Sakiori is one of the world’s oldest examples of upcycling dating from the 1700s when silk and cotton were only available to Japan’s nobility and the very wealthy. The material has been woven with high-tensile nylon to ensure durability and created in the same place the original materials originated from by Hajime Shoji.

Additionally, the vehicle also features door handles enclosed in tight hand woven strips of black leather inspired by Japan’s art of wrapping katana swords ‘tsukami’ and gear shift gate surround and levers finished in copper plating inspired by copper tea canisters. The outline of the dual cockpits, the wheel rims and the kamon have also been finished in copper.

The custom-made kamon is a symbol passed down from generation to generation in Japan, the symbol was designed by Kyogen and it represents a wheel from an ox-drawn carriage which was used during the Heian period 794-1185 combined with the eight-pistons of Roma’s engine to form its spokes. The numeric theme features symbols of good luck, power and resilience.

The Tailor Made Ferrari Roma specially crafted for Cool Hunting will be displayed at the New York Design Week (NYC x DESIGN) to celebrate the dynamic collaboration.