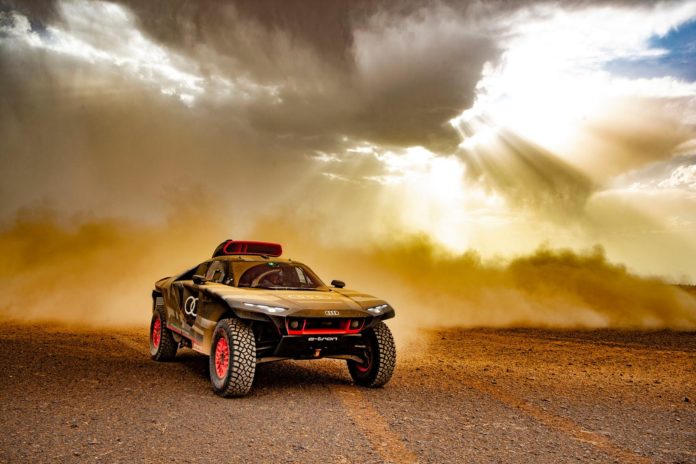 Audi Sport tested the Audi RS Q e-tron in Morocco for almost 2 weeks under extreme conditions, the vehicle had already done extensive tests in Germany and Spain with all three drivers included. The drivers were ; the Dakar record winners Stephane Peterhansel and Carlos Sainz alongside rallycross veteran Mattias Ekstrom.

Additionally, the co-drivers were also present during the tests to form a unit in the Dakar Rally as well as to ensure the cockpit feels comfortable.

The extreme conditions the test team encountered in Morocco included high temperatures of over 40 degrees Celsius at times and sandstorms which hampered the tests and caused interruptions which needed to be solved after next test.

The team is expecting lower temperatures at the Dakar Rally 2022, components such as MGU were not developed to be used in high temperatures but the drivetrain and other components were pushed beyond their limit.

The high-voltage battery equipped in the vehicle was developed for the Dakar Rally specifically , the battery features optimum temperature management as well as maximum performance.

The Audi RS5 DTM car is powered by a new generation 2.0L turbocharged engine that can produce up to 670hp with the boost function. This number is somewhat irrelevant to the RS Q e-tron as the key drivetrain power source comes from MGUs. Oddly enough, the total system output of the e-drivetrain is also 670hp or 500kW.