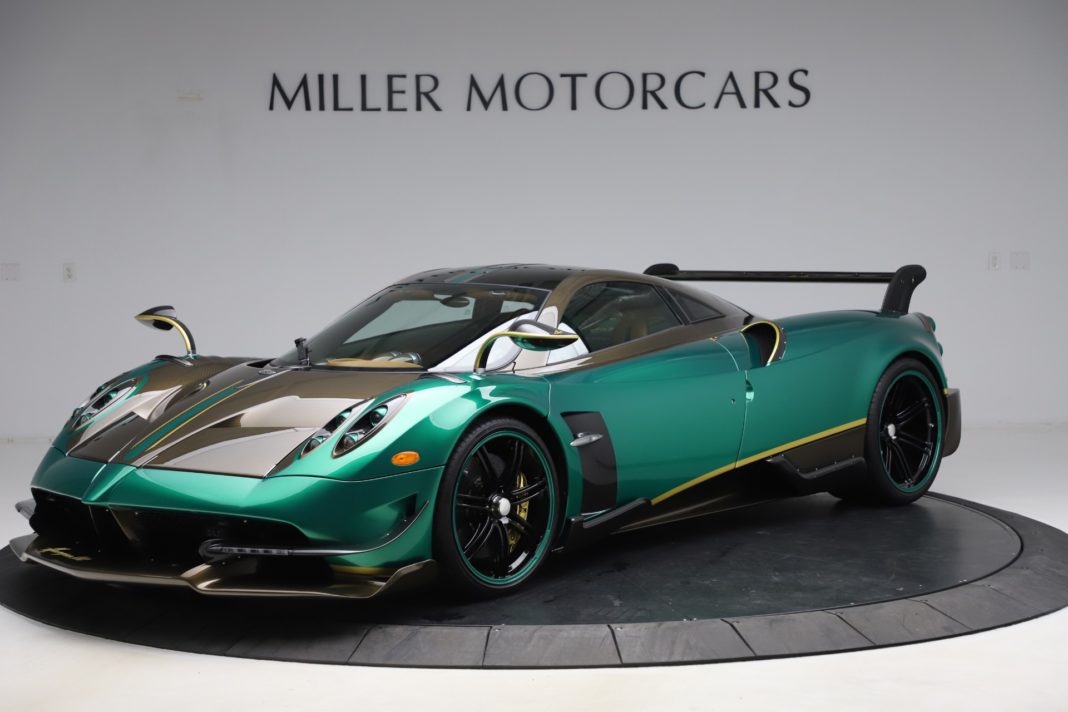 Finished in Verde McLaren, this Pagani Huayra BC Coupe for sale is just one of only 20 cars worldwide. The interior features a saddle theme with green accents to match the exterior. It is offered by Pagani of Greenwich which is part of the larger Miller Motorcars. A one owner car with only 30 miles from new, it makes for a fitting addition to any hypercar collection.

The Huayra BC is a hardcore trim of the standard Huayra Coupe, it was named after Horacio’s friend Benny Caiola who was the first ever Pagani customer.

The 6.0L V12 Biturbo by AMG was improved vastly and now produces 745hp and 1,100nm of torque. It was the first Pagani to use carbon triax which is a type of carbon fiber, 50% lighter and 20% stronger than the conventional carbon fiber. Overall, the Huayra BC is 132kg lighter than the regular Huayra Coupe.

The Huayra BC offered here is priced on application. Interested buyers can reach out to Pagani Greenwich for further information.

Pagani Huayra BC for Sale
1 of 9