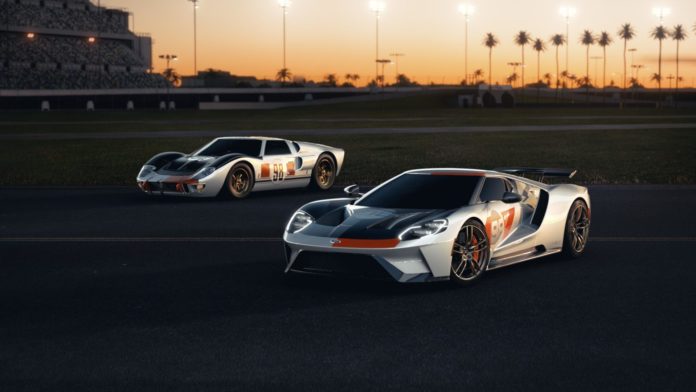 Released in 2017, the Ford GT shows no signs of nearing the end of its production run, although an official end is planned for 2022.

Next year, it will be 55 years since Ford secured its victory at Daytona. To celebrate, Ford will cover the Ford GT in frozen white paint with exposed carbon fiber and race red accents.

The Heritage Edition models debut alongside the Ford GT Studio Collection which is Ford’s customisation program for the Ford GT.

These special edition models also honour co-drivers Ken Miles and Lloyd Ruby who led a 1-2-3-5 Ford domination at Daytona. Those with a working history of the GT will remember that the win kicked off a magical season for the Ford GT40 MK II, with additional 1-2-3 wins at Sebring and Le Mans.

This Ford GT Heritage Edition is the first to feature a livery famous for a race other than Le Mans.

This Ford GT Heritage Edition gets asymmetrical race red accents on the front fascia and roof edge, driver’s side door and underneath the rear wing. Exposed carbon fiber shapes the signature 98 roundel graphics. 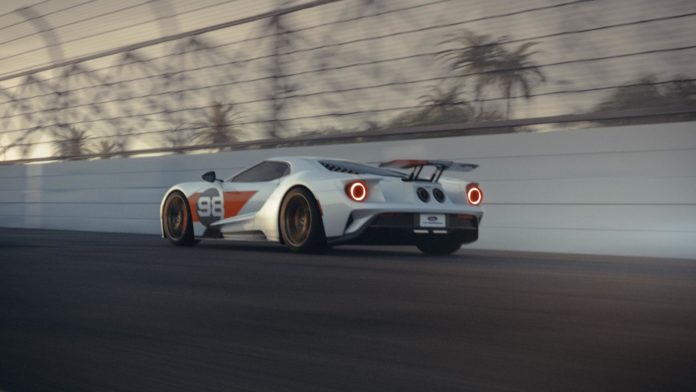