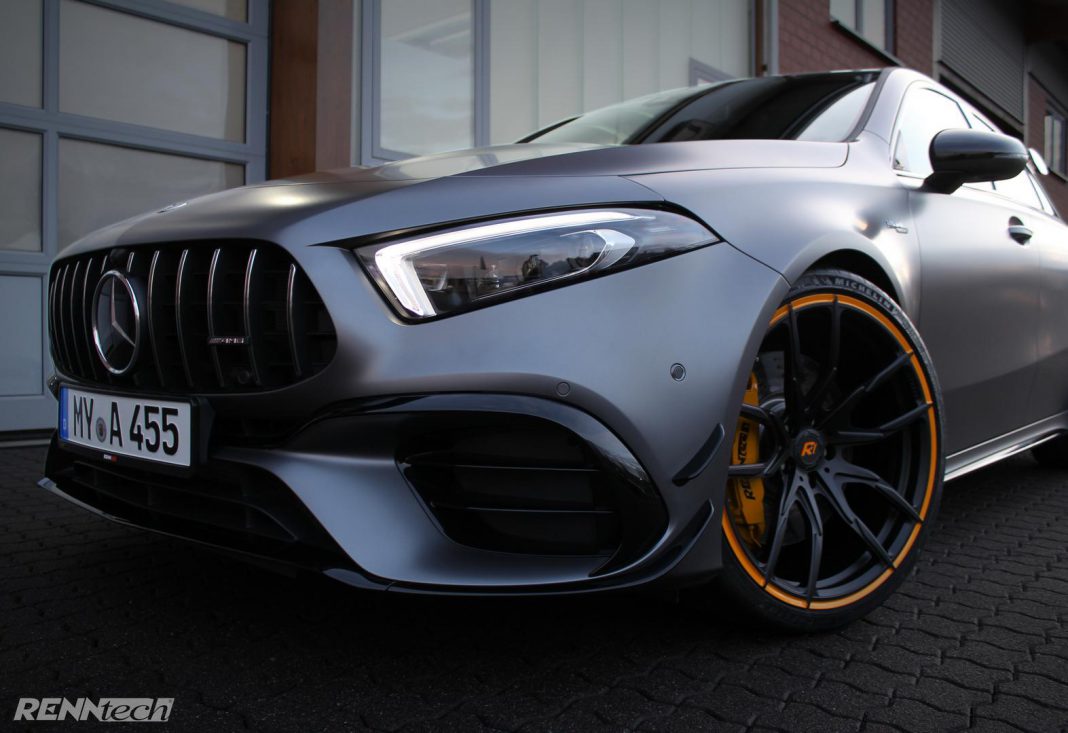 Renntech recently announced its tuning measures for the Mercedes-AMG A 45. The three stage package is currently available in an initial first stage, however, plans are afoot for a Stage 3 package in the near future which will boost power to 600 hp. In a hot hatch!

The Florida-based tuning firm is renowned for its tuning packages, exclusive to AMG models. It’s latest package is available for the latest A 45 4MATIC or A 45 S 4MATIC models. It’s the first tuning package for the current generation 45 model which has only recently began deliveries. 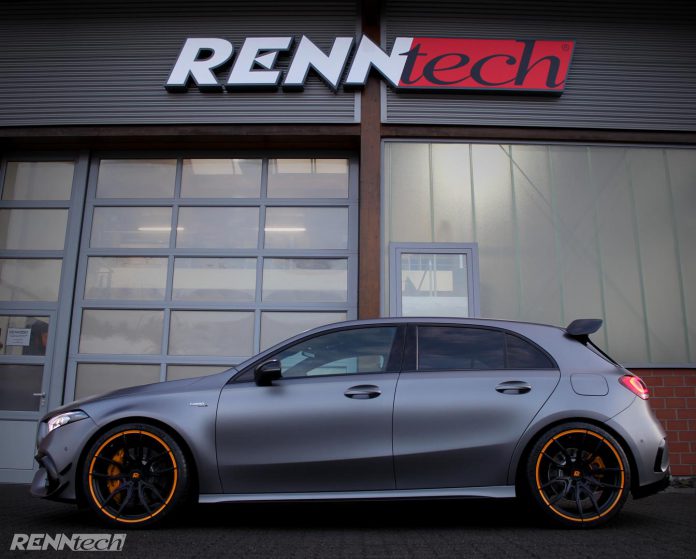 The first stage package is designed to improve the 2.0-liter turbocharged four-cylinder engine, with an increase in output to 475 hp and 575 Nm. The software tweaks should be available by mid-January with the final stages of testing underway. Customers at this stage can also opt for a modified diverter valve which adds the crackles AMG became known for, but which regulations have restricted in recent years.

Once Stage 1 is complete, Renntech has 550 hp and 600 hp options in the works, to follow in the course of the first quarter of 2020. These changes will involve modified turbocharger systems, a suitable exhaust system and an optional downpipe with sports catalytic converter. These options should become available in Spring. 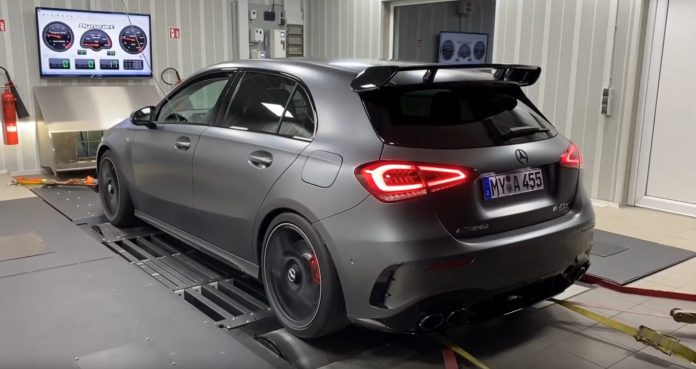 Other modifications include a set of Renntech-designed 19 or 20 inch rims, manufactured by US specialists Vossen. A lowering module should also follow.