The 2012 Lamborghini Aventador LP700-4 is one of the most important supercars of 2011. The guys at Insideline.com got the chance to spent a day with the new Lamborghini on a film shoot in the California desert. The same film shoot we reported on yesterday.

The Aventador LP700-4 wore the same Argos orange color as the showcar shown to us all at the 2011 Geneva Motor Show.

Until the moment the final commercial is released you have to stick with the video show below. Enjoy the footage and the wonderful soundtrack of the new Aventador. 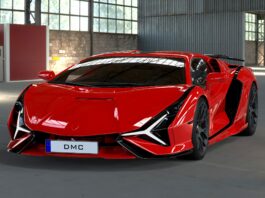