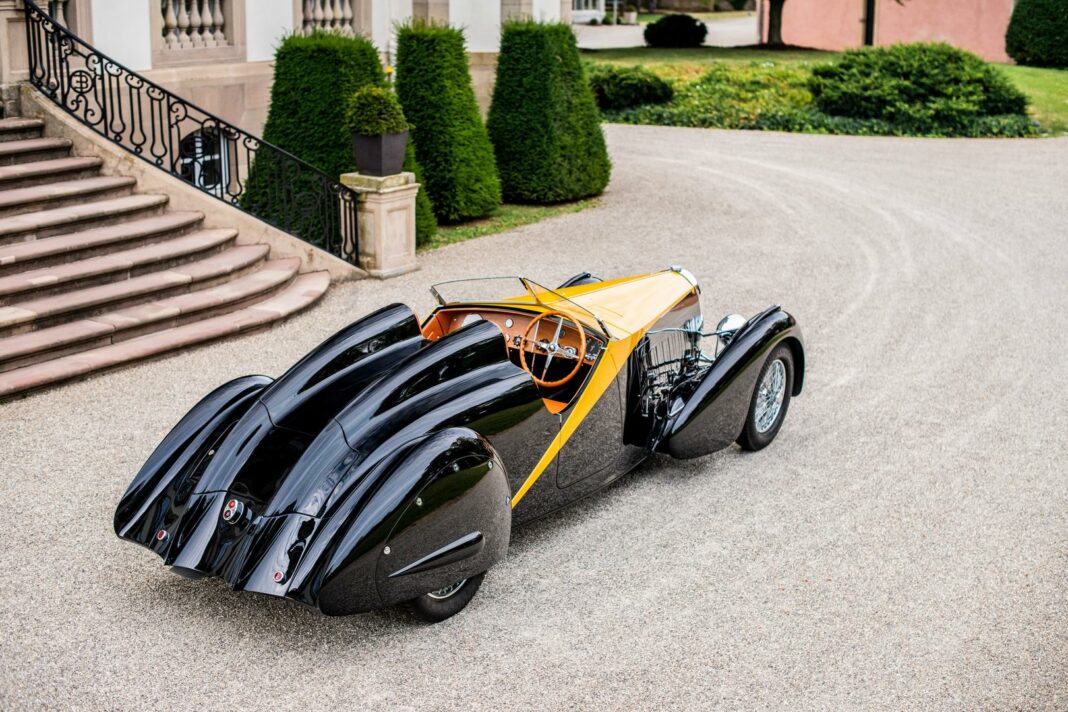 This is a Bugatti Type 57 Roadster Grand Raid Usine fom 1934.

The Bugatti Type 57 Roadster Grand Raid was unveiled at the Salon de l’Automobile in October 1934 in Paris. The body type used to develop the legendary model ‘Grand Raid’ was specifically designed for competition. The word ‘Raid’ has been used to describe a long and arduous rally in French.

The Type 57 Roadster Grand Raid models differed from versions like the Type 57SC Atlantic and Type 57S Atalante. The versions are designed for racing and are fitted with streamlined and elongated fenders, V-shaped windscreen, aerodynamic headrest supports and the steering column has been adjusted to move the driver further backwards in the chassis.

In addition, the gear lever, handbrake and pedals have also been repositioned.

The vehicle was sold in 1946 to its first post-war owner. Under their ownership, the model was modified and the lights on the fenders were changed. These alterations were later removed and the car was restored back to its original configuration.

This Type 57 Roadster Grand Raid Usine has been on display in the Louwman Museum in The Hague since 2001. ‘Usine’ was never an original nameplate of Bugatti and Jean Bugatti, son of Bugatti founder Ettore is thought to have designed the car.