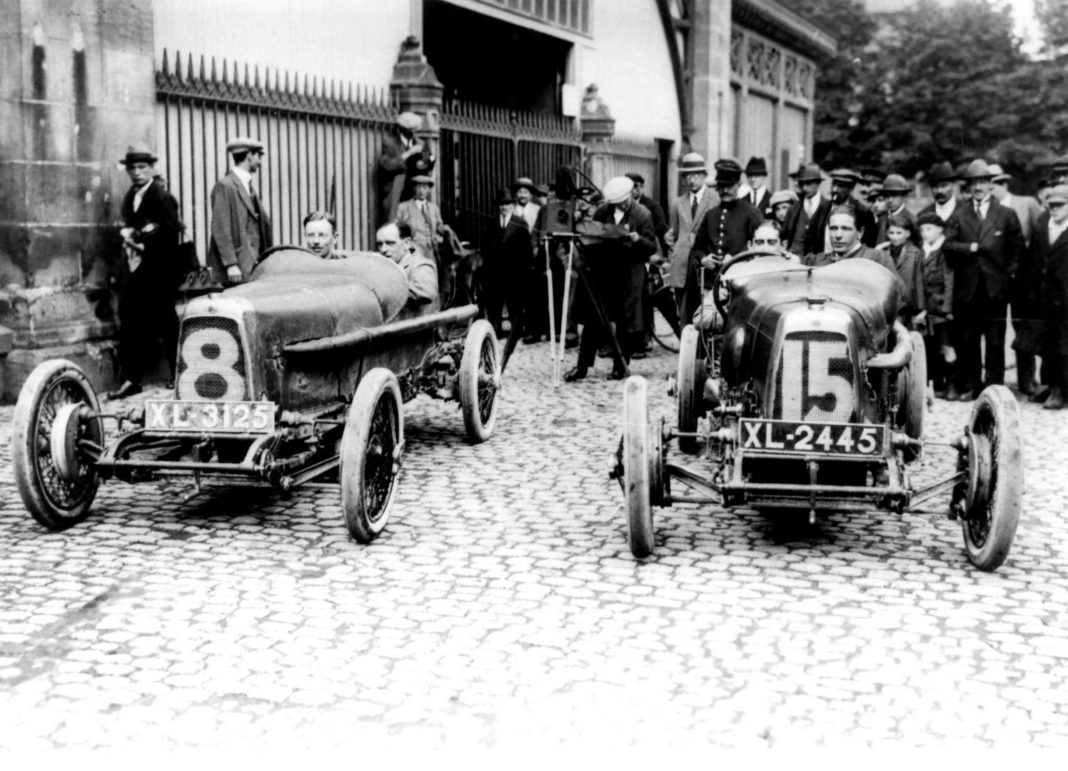 Aston Martin already raced to mark the centenary of its maiden challenge at the 1922 French Grand Prix. The Four-time F1 world champion Sebastian Vettel had the chance to drive the TT1 ( Green Pea) around Circuit Paul Ricard.

The cars were built by founder Lionel Martin following a commission by Count Louis Zborowski who invested £10,000 in the construction and development of a new 16-valve twin overhead cam four-cylinder race engine.

In addition, the TT1 and TT2 were originally intended for the 1922 Isle of Man TT ( Tourist Trophy) event, but a delay saw them instead make the marque’s international racing debut on 15th July 1922 at the French Grand Prix with Zborowski piloting the TT1.

The Aston Martin Aramco Cognizant Formula One team raced with the original Aston Martin logo from 1913 on the nose of its vehicles, mirroring the marque featured on Green Pea. The symbolic switch comes in the week that Aston Martin launches a new identity which includes a contemporary update to its iconic wings logo.The new Aston Martin wings have been fitted on the monocoque sides of the AMR22 car.

The first Aston Martin Grand Prix car featured a 1486 cc engine unit delivering 55 bhp at 4200 rpm and a top speed of 85 mph. The car was fitted with two seats with on off-set to accommodate the riding mechanic whose job was to pressurise the fuel tank via a hand pipe and built with the voiturette body style, the vehicle weighed 750 kgs which is 45 kgs lighter than today’s AMR22 challenger.